Welcome to the 15th Final Fantasy, or have there been more than that, I’ve lost count.

Perhaps you’ve heard of this series, but if not, Final Fantasy(FF) is a RPG series spanning several decades and consoles, all taking place in different fictional universes. Final Fantasy 15, originally Final Fantasy 13-Versus, is not exactly a game that came out on time. It was originally intended to be an offshoot of FF13, but with all the fan criticisms of FF13, and the horrible mess that was FF14 on launch, the game was put into a development limbo for a while. Eventually what came out, 10 years after it was shown to the public, was Final Fantasy 15.

What is this game

If you played any of the previous games(Barring the mmo’s), the series has typically been menu-driven RPG’s, but that whole idea was tossed out the window here. What we have is much more of a Character-Action game, with RPG elements. Positioning, timing attacks, quicktime events are all things that are going on here, all wrapped up in the too-many-belts-and-weird-character-design that Final Fantasy is known for.

The game itself follows Prince Noctis, who is on the road to go and get married to the Oracle Lunafreya in order to help stabilize the world politically. Joining him on the trip are his 3 Best buds, Gladiolus, Prompto, and Ignus. The game expects some things from the players on the story front however, as Square-Enix made it not so clear that to understand what is going on in the story, or who the characters are, you need to watch Brotherhood: Final Fantasy 15, an Anime and Kingsglaive Final Fantasy 15, a Movie. These cover parts of the story that are seemingly missing from the game, and introduce the main characters in a “well this is how we met and became buds” kind of way.

Joining me is my bud, Zarin, as we make our way through the roadtrip land of FF15. I’ve been a fan of the series for a long time, and have beaten nearly all of the mainline FF games, while Zarin fell off around the transition to PS2. The other thing you should know, is we are both going into the game blind, I know basically nothing outside of watching the anime, and some pre-release trailers. So please,

Do note, that some episodes are slow due to the nature of is being completely blind to the game, but more editing will be happening down the road.

The intermission videos contain various Sidequests and activities that I complete solo. They have some sparse Subtitle commentary, and are more of an excuse for me to just faff about without regards to the main plot.

and just in time for the launch of the site, new episode! Episode #15 Since we opened up some more landmass to explore, lets go get some Chocobos.

A quick note: Ravus is Lunafreya’s brother, this isn’t really brought up in this game, but it is a point in Kingsglaive. Episode #16 Where we catch up to and beat up a Behemoth. Intermission #1 These videos are the content I do solo, with some sparce subtitle commentary. It’ll cover things like sidequests, fishing, small dungeons and are edited down to smaller chunks. This first one involves some minor sidequests for Cindy and some Photo’s with Prompto. Episode #17 Where we invest in our Chocobo’s future by giving them a paintjob. 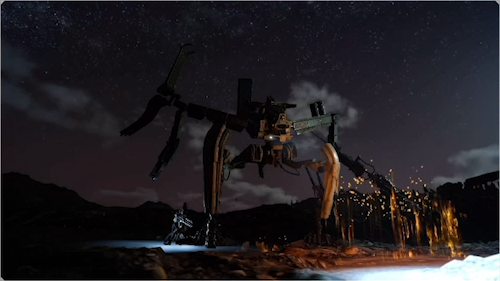 Episode #18 We try and climb some mountain and accidentally create a overly long bossfight.

Finally caught up, looking forward to seeing the battle system used better- as someone who hasn’t played the game either it definitely felt like you’d been missing a few things.

Planning to show off the wait mode?

I was missing a few things with the combat system at the timing of that recording. I improve a bit by being less stubborn about spell usages, collecting more/a better variety of weaponry for me and my team and getting other tech’s from the Ascension tree. The end fight in episode 18 kind of got me to stop slacking in that regard because it’s the most painful fight we’ve recorded thus far.

Caught up with the current videos and so far this is probably the quickest a Final Fantasy game has hooked me plot wise! And I don’t not like any of the characters!
It also made me realize I want a camping simulator game but that’s beside the point.
You guys have got a good thing going here and I thing I’ll stick around and follow along on this roadtrip.

I also have to say that the intermission video was far more interesting than it had any right to being, the titular photo especially. I think it’s a good option for grinding out things with a lot of dead air and showing them off, even if I have to actually pay more attention to it due to subtitles rather than vocal commentary.

This isn’t even a game I want to play, myself, but this has been a great way to experience it for me. 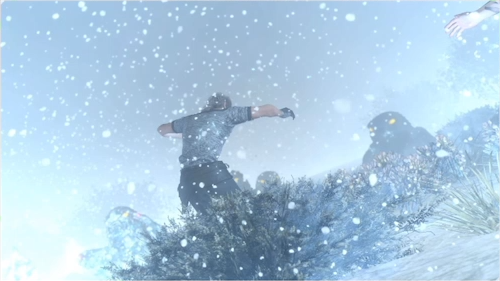 Intermission #2 We take a look at some sidequests, chocobo races, training and hunts this time around. (Warning: a bit on the long side at 42min) 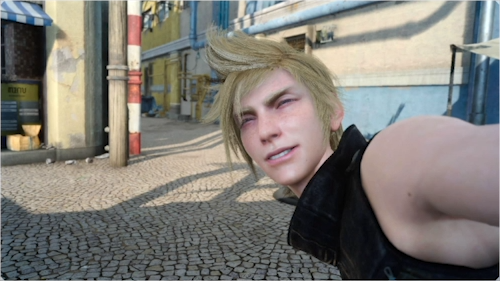 Episode #19 We make our way over to Lestallum to continue our journey. 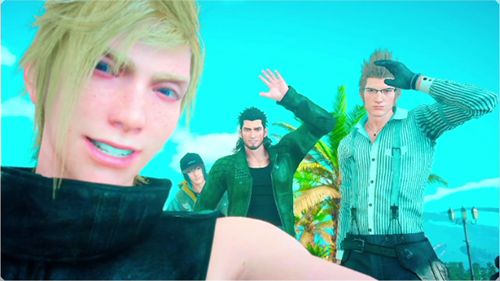 Episode #20 Hopefully Gladio doesn’t mind us getting a bit friendly with his sister here.

Hope you get to show off some XIV music at some point, no idea how fitting it’ll be for driving but I think the game recently passed a record for number of individual musical tracks in a single video game, so they’re doing something right.

Also I don’t know if I could have passed up the XI soundtracks despite only having nostalgia for them and having not really listened to them outside of the game.

I do end up rolling through the whole catalog as I roll around. I can’t remember if I go back for the XI music though. 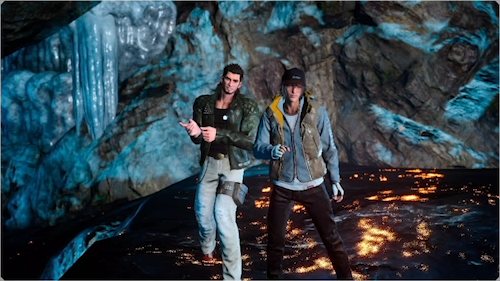 Episode #21 We wander into the waterfall…ice cavern?

I was kind of stingy with elixirs for some reason while recording this, but kind of broke my not using consumables habit shortly afterwards. 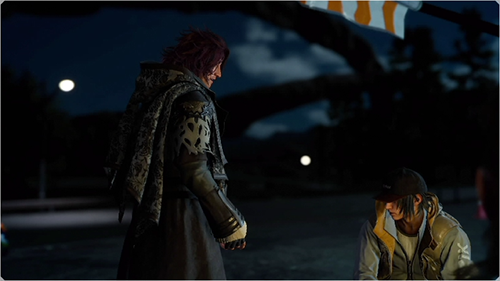 Episode #22 We have a long old expository car ride with our buds. Oh and this jerk shows up again. 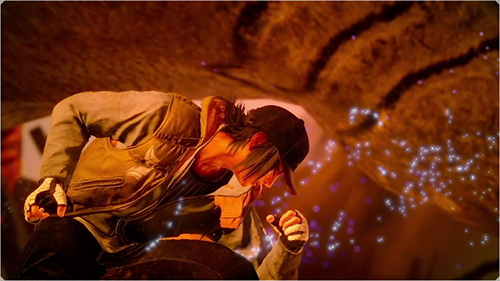 Episode #23 We have a few words with The Archean. 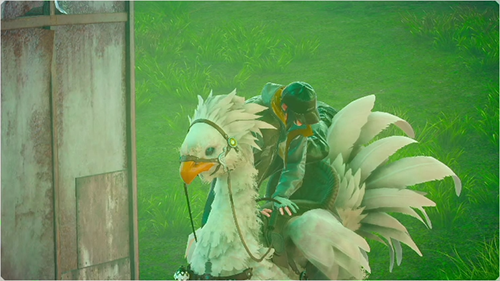 Episode #24 We ride some chocobo’s, and try to appease a god. Just another day in Eos 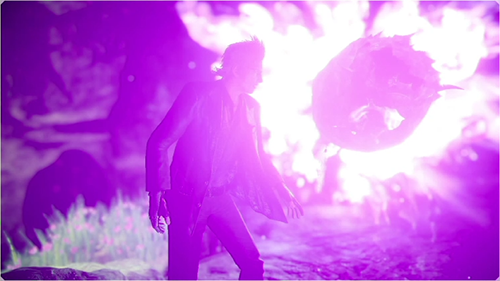 Episode #25 We delve deeper towards Ramuh, and wonder, what is with the damn snakes in these caves?

Swapping screenshare programs in the middle of this recording session caused Zarin’s mic to clip quite a bit, in the source audio as well, I tried to work out what I could but it’ll be prevalent in the next video as well.