Personal Introduction (Unrelated to Let’s Play, feel free to skip if uninterested)
Hey, I’m Ardentex and I’ve been making Let’s Play videos for almost 2 months now. I’ve been following the scene since 2009 and was originally inspired by guys like Chuggaaconroy, Datai and SpiritofSteel (especially pertaining to the Pokémon series of games). Didn’t know that Let’s Plays still had a huge audience around the forum communities and I’m beyond excited to become a long-term member. I’m still pretty new to forum posting, so excuse me if my posts aren’t formatted well or I mess up with adding images or links for the time being, try to bare with me. 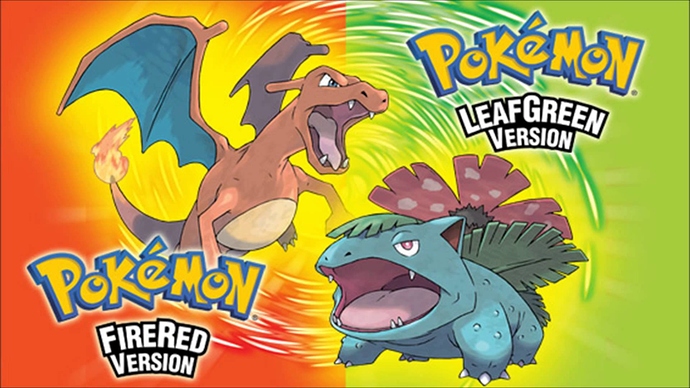 About the Game
Pokémon FireRed & LeafGreen are the remakes of Pokémon Red & Blue versions, originally released in 1996. The titles were developed by Game Freak, who definitely set his name in the cornerstone of gaming through creating this RPG franchise, although he did work on other, lesser known, titles before his original Pokémon/Pocket Monsters run swept the world. The plot follows a 10-year-old boy named Red, a silent protagonist from Pallet Town. After meeting Professor Oak while trying to leave on an adventure unprotected, both Red and the professor’s grandson, Blue are asked by Oak to choose a starter Pokémon, Bulbasaur, Charmander, or Squirtle and make their first steps in becoming the best there ever was… dun dun dun-dun*

About This Let’s Play
This is a post-commentated Let’s Play, mainly focusing on all the information for potential newcomers, as well as a comprehensive guide to those who have already played the game numerous times, for example, I will be collecting ALL of the game’s hidden items. The Let’s Play will showcase all the content from the main and post-game, as well as all the side events, Legendary Pokémon and items gotten through completing the Pokédex. I’ve also created sidebars in hopes of making it easier to follow along, in case you might want to know which Pokémon appear where, or what movesets, abilities or held items the so-called “bosses” of the game posses in their Pokémon teams, as well as the evolution of my team throughout the episodes on the right. A lot of the repeated encounters as well as Trainer battles with no new or special encounters will be edited out.

My aim is to upload every other day in the evening (Central European Time), the updated playlist and this thread can also be expected to get re-newed shortly after.

Having played Red and Blue when they first came out, I have to say Sun and Moon have been the first Pokemon Games since the original where I had that nastalgic feeling of going on an adventure again. Of course I’m biased on the region as apparent by my icon, but it still stands. I really enjoyed the story Sun presented and it was just fun discovering the world.

You’re using the video space really well. Having the team on one side and what Pokemon are available on the left is a really good idea. I noticed that in the OP though you’ve made a banner that says the title, and then has the title right below it. If you want to just have the banner you’ve made as the video link itself, you can set it up as [url=youtubelink][img]Image link[/ img][/ url] with no space between the backslash and img or url.

Thanks for the advice, it’s literally my first LP write-up ever, so I was pretty clueless on how some things work.

nice video and setup, dude! this is a refreshing way of seeing a pokemon lp than the others.

like warmal said, i felt like sun and moon brought back more of the nostalgic feel for the games. :3 [but i’m also biased because my family are hawaiian] but other than that, i can’t wait to see more of this! like i said before, i really like the set up and i really like that you are showing what pokes are in the wild grass on the routes you’re on and i can’t wait to see your final six pokemon.

Thank you so much for the kind words! It’s my first Let’s Play of a Pokemon game, and my favorite as well, so I’m really trying to do it justice. My previous Let’s Play wasn’t as concise, challenging or visually pleasing, and I’m trying to fix that. You can definitely see the growing pains of my channel as you progress through the uploads, but that makes it even more exciting to learn and grow.

it’s only the second video and this is bringing back wayyyyyy too many memories. i had to dig around to find my pokemon diamond game because i was able to transfer my firered team to that cartridge. [then do all the arbitrary steps to get it into my ultra sun game] and hoo boy, 15 year old me was so edgy by calling my main six after the royal flush hand. [or gang from justice league whichever] lol

I think you’re the third person who went out of their way to find their old FR/LG game and boot it up again. This Let’s Play takes so much time to create on the back end, most likely due to me being new to video-making, but hearing things like these make it so satisfying and rewarding. Hope I don’t disappoint by the end!

Part 3 is now live! Let’s get our first Gym Badge, shall we?

Haven’t watched the third video yet, but just putting in my thoughts after second. Poison is incredibly strong in this game. Especially if you can badly poison your opponent. I talked early about my Venusaur strat, and it is killer. Basically use leech seed, poison powder, and then just absorb of some sort. You hardly ever lose any HP and the opponent is so focused on getting rid of guaranteed poison that you basically just stop them from doing their own strategy.

Poison is purely physical in this game. That’s why it’s not as good. And the Pokemon who could benefit from it being physical, like Arbok or Golbat - have terrible learnsets in the Gen. as well, so there’s barely a point to ever use a physically strong Pokemon as your Poison type.

That said, sure, using Leech Seed, Toxic (better than Poison Powder) and Giga Drain, with preferably having some sort of Leftovers/Shell Bell item equipped is great, but it’s great in every game, not only FR/LG.

i don’t know if you are able to change it or not but the one criticism i have is that when you are talking, the volume for you is way too low. [for me] like, it might only just be me but i gotta turn up the video’s volume on high to hear ya when you talk.

other than that, your videos are super informative!

Audio levels have always been tricky for me, for reasons that my recording hardware is just bad, despite the post-audio editing I already do. I decided that this was the best alternative.

it’s all good! i can live with it, haha.

No worries, I’ll gladly explain anything regarding my videos rather than make it seem it was overlooked.

Part 6 of the Let’s Play is now live!

not gonna lie, i really want to know what the other pokes you’re gonna have for your team but i still want the surprise, lol

i also get super lazy and use the same pokemon when i replay my games [with the exception of the starter], i gotta stop doing that and be more adventurous.

Oh, don’t worry. I would never tell you even if you asked.