Prey is a rather ambitious FPS from 2006 that was released for Xbox 360 and Windows. In development since 1995, it was released by 3D Realms and Human Head Studios. You play as an ex-army Cherokee garage mechanic trying to convince his girlfriend to leave their reservation for a more exciting and fulfilling life. Absolutely nothing gets in the way of their plans. Nothing at all

It should be noted that there has been a recently released reboot called Prey (2017), as far as I can tell there isn’t much, if any, crossover with this title, so don’t feel you need to see one to understand the other or that the new game will spoil this one.

For this LP I played it on the Windows PC version, with a mod installed to make it look a bit cleaner/crisper (Sikkmod, for anyone interested). All commentary is done in post with my frequent commentator Pullahoko and our frequent stream guest Scheissgeist joining me for co-commentary. There’s a bit of essential licensed music used in this game. I don’t believe it will cause youtube play restrictions, but if it does alternate uploading means will be applied.

Spoiler policy: Avoid if you can, keep em blurred if you can’t! Try to post unblurred what part of the game your spoiler refers to. For example: “In this segment, that takes place a bit after the most recent episode, you find out the real prey was the friends we made along the way”

Update schedule will be 1-2 updates a week, depending on how much we’re able to keep up with. Organizing 3 schedules to record is a bit tougher than 2 or 1 AMPj6Y7.jpg790×1245
Domasi “Tommy” Tawodi is our reluctant hero, a garage mechanic working on the Cherokee reservation with his family and girlfriend, he is totally apathetic to his heritage and feels it is just holding him back from a more fulfilling life. A former Army recruit, he has no trouble picking up and using a gun…well…a gun that isn’t alive. Jen is Tommy’s girlfriend, the barkeep and owner of the Roadhouse bar our story starts off in. Unlike Tommy, she feels her place is on her reservation with her business. AVsVCcM.jpg1186×1200
Enisi is Tommy’s grandfather. You know how Tommy isn’t into his Cherokee heritage? His grandfather is super the opposite of that. He’ll be fine, I’m sure of it More to come as they’re introduced

Let’s get this LP started off: Maybe the alien’s machines can just absorb blood so it doesn’t matter how messy they are?

I feel like the engineers just had a field day when they were designing this.

Got a good Friday Feeling, time for an

for the long weekend: 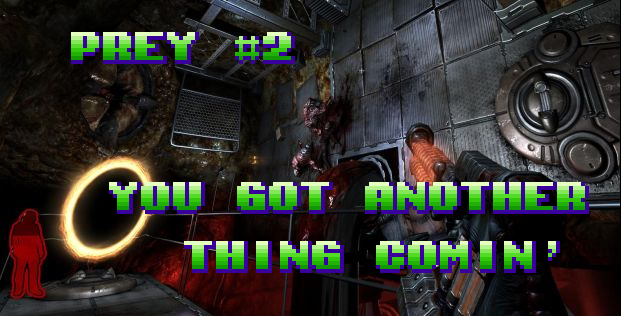 This is where the game starts introducing some of it’s more unique takes on game mechanics and perspectives, and when I knew I wanted to LP it

Man, this game really is a lot different from the new Prey. I’ve only seen about an hour of the new one, granted, but this one feels like it gets a lot more chaotic a lot faster.

*“dies”, gets transported to another realm, sees his dead grandfather*
Tommy: “This is all superstitious bullshit!”

It could just be the aliens fucking with him. They do seem to be the type who get a bit excessive.

So a bit of good news/bad news: There will not be an update this week/weekend as I’ll be in Ohio and away from my computer (that’s the bad news)

The good news? I’ve updated the fuck out of my rig to basically make it handle video editing/capturing significantly better, so expect episodes 5-onward to be in even higher definition and quality

…the bad news is that in the upgrading process I also lost all of my save files so it’ll be time for me to speedrun to where we are. Thankfully I got the raws for 3 and 4 already recorded so it shouldn’t cause any future delays in updates

To tide you guys over, check out this article from Polygon about “Why is the new one called Prey at all?” (spoilers: they thought the name was cool)

This LP inspired me to get the game. I haven’t had a chance to play much yet, but it seems to work pretty well.

Back after an extended break for vacations, computer upgrades, and rest, it’s time to hop back on the saddle with an 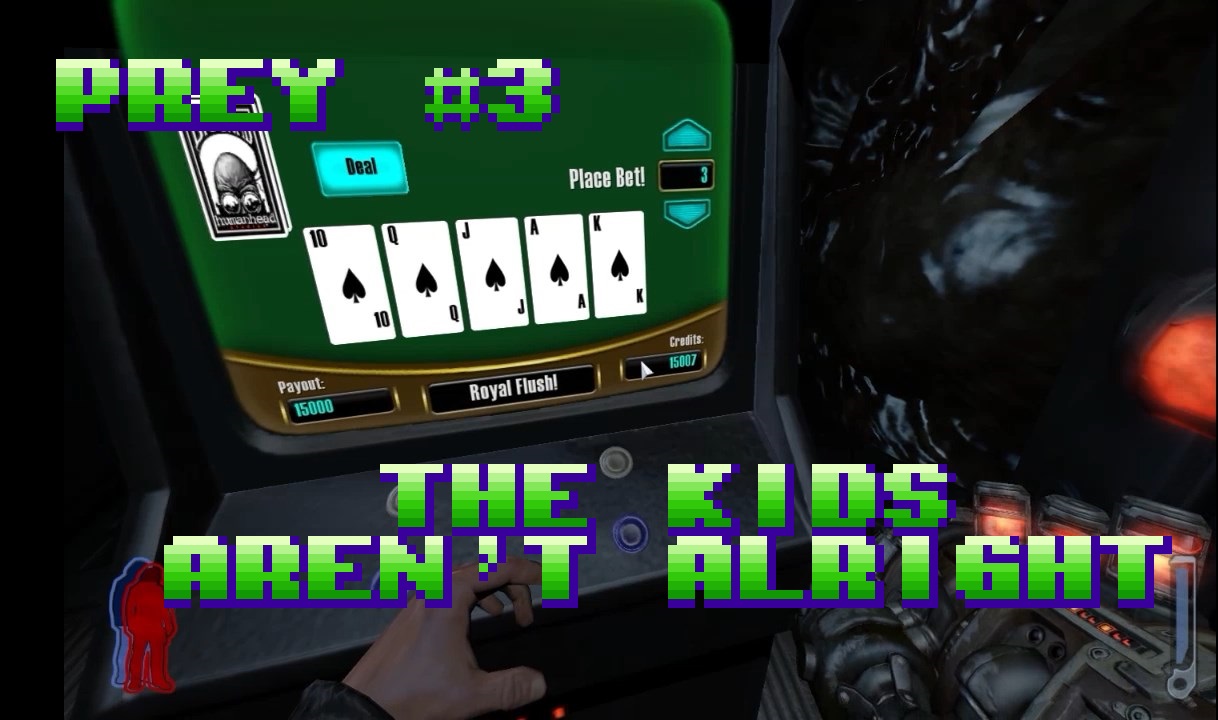 We return to Tommy’s fight for survival on the alien ship. We also hit the jackpot, gaze into the frozen uncaring void of death, and definitely don’t hit small children with a wrench

And here’s the second update of the week, where it’s finally Boss time! 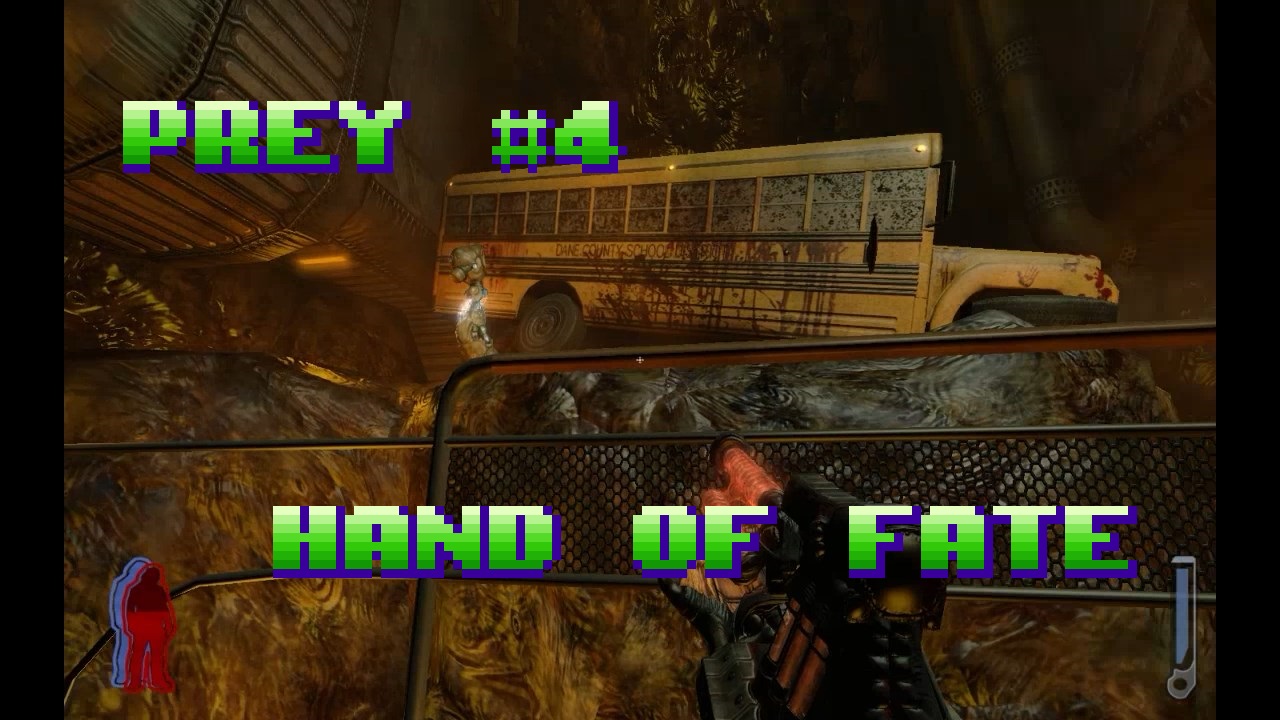 Hey everyone, I know updates on this LP have been relatively dry, but we’re not dead yet!

It’s been a bit tough organizing schedules and also keeping a 3-times-a-week streaming schedule active, but I’ve got the rest of the game recorded and mostly edited, so hopefully by the end of the month we’ll be able to start putting out episodes regularly again

Just wanted to thank you all for your patience, we’ll try to make it all worth the wait!

so It’s with a heavy heart that I’m gonna be putting this LP on indefinite hiatus.

Basically, between streaming and real life stuff, it’s been really hard to get people together to record commentary, and the longer I wait the harder I know it’ll be to get back in the swing of things.

There are 2 other projects I’ve had in my mind working on, so for the moment I’ll be putting this on official hiatus, and either streaming the parts of the game we haven’t seen, or coming back to it in time, but I know it won’t be anytime soon.

If you are ever curious, feel free to follow my twitter (twitter.com/Bearpigman), cause I’ll be posting there if we’re going to ever livestream the remainder of the game.

Tommy’s story isn’t over, I assure you

@moderators, you can take it to the Twilight Zone

This topic was automatically closed after 2 hours. New replies are no longer allowed.