This is a long way of saying I have written some books.

I do books, that’s the thing I do. Been doing it for nearly ten years now which, having typed that out, suddenly makes it sound like I know what I’m doing.

I’ve done five books so far (four novels and a novella) which are all up on Amazon. I’ll give you links and descriptions of all of them, just in case you are interested, but we’ll start with the two that are sort of in a series. They can even provide the lovely image to break up this wall of text. 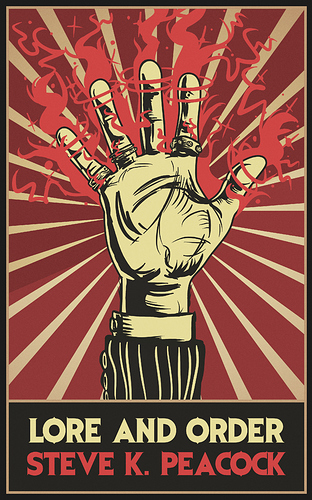 What will probably end up being my signature series, Warlocks of Whitehall is a set in the aftermath of a shadow war between the British government and its magically adept citizens. Having lost the war, the magicians are being slowly catalogued and shackled, cut off from their magic and put to work as warlocks – a sort of secret policeman that helps the government lock down those magicians who have slipped through the net.

Lore and Order is the first book, and deals with Jameson Parker tracking down an arsonist intent on using magic to burn down a city in the north of England. Naturally, it’s not as simple as some nutter wanting to start fires all over the place, and things end up taking a turn for the political.

Hair of the Dog is a prequel novella, from Parker’s earliest days as a warlock. His very first day, actually. Does sort of spoil Lore and Order a little bit, but is much shorter and, I’m told, a good introduction if you’re on the fence about reading a whole novel. Only available in ebook form for now.

Currently putting the finishing touches on a sequel, Red Peace, about Parker managing to annoy a whole host of vampires out in the Americas by sheer personality alone. Also a novella to bridge the gap a little between Lore and Peace, called Vitae Killed The Radio Star.

Thanks for reading all that. Things should be quicker for the other novels… 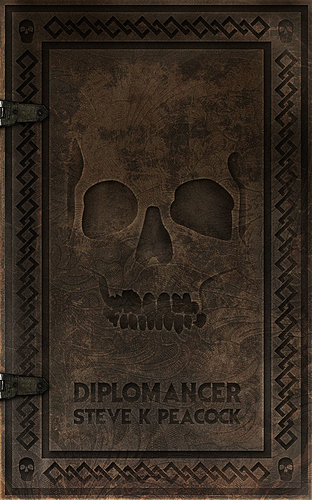 My first novel, and one I somehow managed to persuade my university to let me submit as my masters thesis. It had a 20,000 word limit, but they didn’t seem to mind that I ended up doing over 70,000.

It’s about a retired assassin who takes a job as a university lecturer, who then gets roped into investigating the death of a colleague when he is, quite literally, talked to death over the phone.

Someone put down a review that says “It’s much cleverer than it thinks it is”, which made me smile.

Ghosts on the Wind 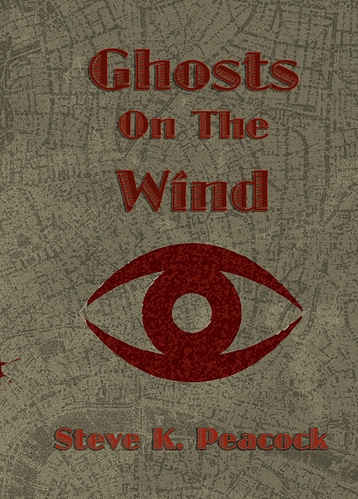 A sort of loose cosmic horror set in late Victorian England. Any historical inaccuracies are purely artistic license and not at all me cocking up the research.

Jack Snide wants to retire from a moderately successful, though largely mediocre, life of crime by going legit and buying out a load of pubs and clubs frequented by politicians and rich people. He’s using counterfeit money to do it, but it’s the intent that matters, not the means.

Thing is, this brings him under the watchful gaze of an ancient cult, who would much rather he sod off and not accidentally uncover their centuries’ old plan to tear down the walls of reality.

There’s also a guy in it called William Mandragon, which I contend is the best name in literary history. 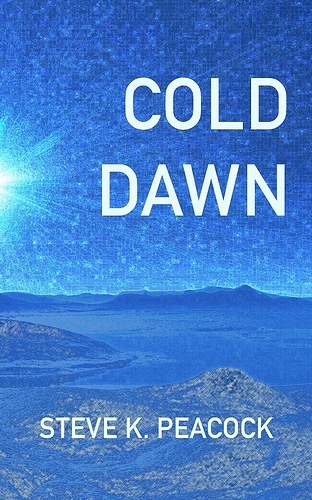 The planet is in the middle of an aggressive ice age, and humanity has been reduced to living in giant cities that roam across the frozen surface, doing what they can to avoid the deadly storms that can literally rip the cities to shreds.

Things get all confusing when Wendy Milton, an engineer on a scout vessel, accidentally uncovers some ancient technology that might just be worth a fortune, provided she and her crew can live long enough to make the sale. Apparently someone is very insistent that no-one else know about the find.

That’s totally the end of the shilling!

If you made it to the end, thank you for putting up with all that. If you didn’t make it to the end then, well, you aren’t reading this so my apology won’t mean much. But still, sorry that was so long. Feel free to call me mean names on Amazon if you like.

Diplomancer sounds like it is extremely my shit. Gonna have to look into that! If I like it I’ll probably look into the rest of your stuff.

Dang I agree Diplomancer sounds tight as hell, I’ve been looking for something to read