The Soundtrack and the Furi 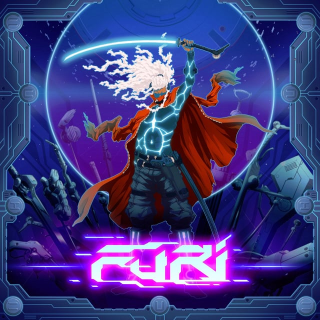 Furi is a boss rush game by the Game Bakers, and it takes inspiration from a lot of things: Platinum Games’ combat, Treasure’s boss designs, Nier’s weird hack-and-slash-with-bullet-hell. It was released in July 2016 for Playstation 4 and PC and has gotten mixed reception. People who are into hard boss-focused games loved it, but people outside of the niche were rarely won over by it. It’s not a game for everyone. It also has a kickass sountrack, featuring names like Carpenter Brut, Danger, The Toxic Avenger, and so on. Oh, and the character designs are by Takashi Okazaki of Afro Samurai fame. Suffice to say, it oozes with style.

This is a subtitled LP. The episodes are short and there’s a lot going on, so in order to not interfere with the OST, boss dialog and general action, I’m going with this approach.

What are you playing on?

The game is played on a Playstation 4.

How often will you update this LP?

What is the current state of the LP?

The Normal difficulty run is complete and available for your viewing pleasure. What remains is Furier (Hard) mode which offers sadistic difficulty with new boss patterns. After completing Furier, I will do a speedrun mode attempt (not aiming for any particular time).

As this LP is posted as in-progress, there is nothing left to spoil story-wise. Please do not post Furier mode fights that have not been in the LP yet. For everything else, go wild.

Ha, I put this game down at The Burst and left it for a couple of weeks. By the time I got back to it, I was way too rusty to consider trying that fight, and I didn’t feel like playing enough to get my skills up again, so I just forgot about it. This should be a great resource for me, than, considering how many fights I seem to have missed!

Alright glad to see the return of Dark Wave and great boss fights!

Man, I absolutely love this LP but I am 100% sure I’ll never be able to complete this game myself. My reflexes are nowhere near fast enough for this game.

Some notes for this episode. I have a new capture card, so this is now at 1080p and 60FPS instead of 720@60. The video quality should also be significantly up compared to previous episodes.

The Furier episodes will have less commentary in general because most of what could have been said was already said in the normal mode run. I recommend watching the entirety of normal mode first before moving on to Furier.

My favorite fight in normal mode, but it’s kind of boring in Furier…

I hated this fight on normal mode and I absolutely despise it on Furier difficulty. I don’t even want to know what comes after this.

I watched the first 10 vids, and I just wanted to pop in and say well done!

Thanks! I didn’t get a chance to record last weekend, but hopefully I do this time around and we can wrap up the Furier playthrough.

Finally got around to recording footage for this LP again. The next two fights are also recorded, so expect them next week. I don’t know how long the Star fight will take because it makes me cry every time.

This was one of my favorite fights on normal mode and it ended up being crazier and better on Furier mode. 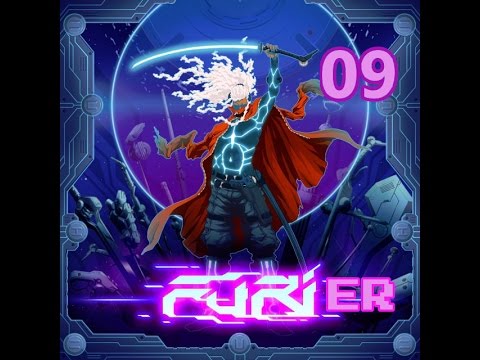 With this, only the final fight versus the Star is left. In case you didn’t want to re-watch the credits of the game, there is one difference compared to normal mode in the sceenshot below. Since Furier Mode Star is obnoxiously difficult and giving me trouble, I decided to do the normal mode of the DLC fight. This fight released initially for the Xbox One version and is now available for PS4 and PC. I really enjoyed it and kind of wish the final fight of the game was more in line with this.