Was there something we weren’t supposed to fight? Ah well, I guess it doesn’t matter. We’re at the Seabound Shrine, and we’re going in to… well we’re going to find treasure, but otherwise there’s really no reason for us to be here. But if we incidentally help this area of the sea, all the better!

Imgur: The magic of the Internet 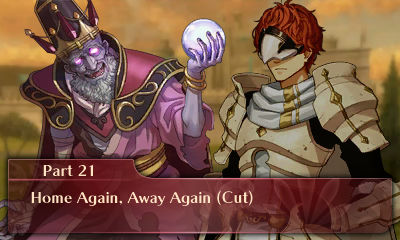 The roughest seas are behind us now, but the sea battles won’t be the last bits of strife Celica has to face. Upon arriving at Zofia Port, Celica learns of the Deliverance’s recent victory, and of its new leader. And it doesn’t seem like she’s too happy about who’s taken up the charge. 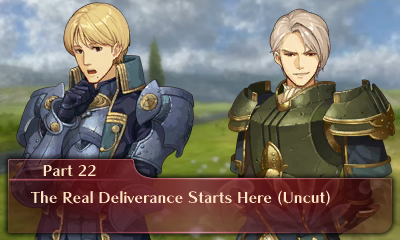 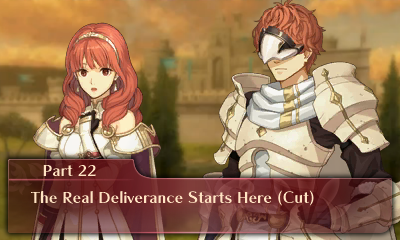 Alm and Celica go their separate ways, and a sudden (wizard-made) earthquake ensures neither party will double back and apologize. Now that the two groups are operating in simultaneously, though, it’s time for Deliverance to move onward and force Rigel’s army away. But who’s that leading this particular platoon? Why, it’s everyone’s least favorite noble, now in everyone’s least-favorite army! 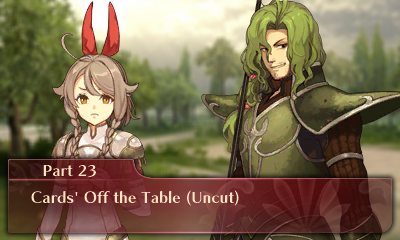 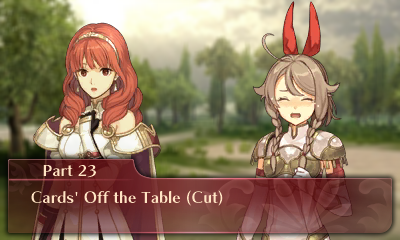 Hey, did you know that Fire Emblem has a card game two card games that never came out in the west? Probably! But did you know that the latest game, Cipher, has OCs that somehow got their own DLC chapters in Echoes? And that said DLC did get released outside of Japan? Well now you do! And today we get to meet Emma and Randal, the aforementioned Cipher OCs that are in a bit of trouble after Randal’s successful gambling spree. That involved cheating. Which probably explains why so many people are willing to kill over a few games of dice. 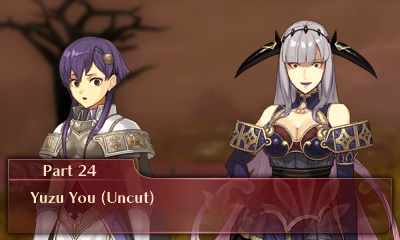 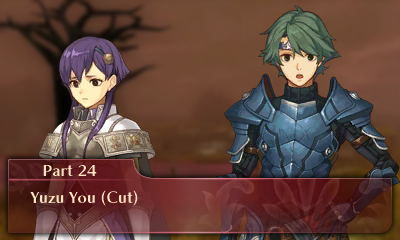 If Cipher 1 was so good, why isn’t there a Cipher Tw-

On today’s episode, it’s Alm’s turn to tackle some DLC and get some new characters. Two more travelers, separated from their friends Randal and Emma, must persevere in the wild. But it turns out that might not be so easy, because while Yuzu is content in continuing her training, Shade has 0 survival instincts, or any desire to be outside in the first place. Shade has also been kidnapped by witches, and must be saved before she meets the same fate as every other enemy NPC that has had their soul sold to Duma. 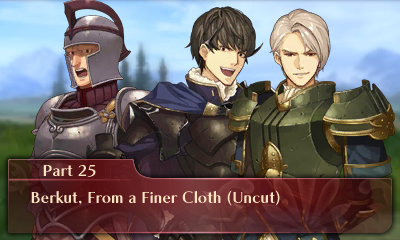 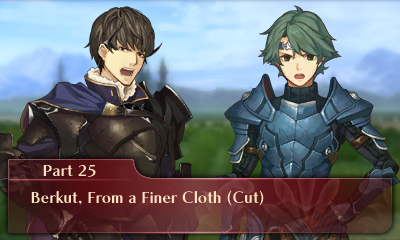 Well, the Cipher chapters were fun. But now it’s time for some actual story progress in Chapter 3! Alm makes his way to a village in the woods, but it seems a certain Rigelian general is seeking to relieve some boredom, and casual murder is his idea of a good time.