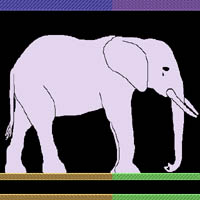 VVVVVV is a 2d platformer with one simple mechanic, flipping gravity. Developed by Terry Cavanagh and published by Nicalis, VVVVVV is a love letter to the Commodore 64 era of games, which can be seen in its visual design. With a heavy emphasis on exploration, it is up to Captain Viridian to explore a strange new dimension and locate his missing crew members following a freak accident aboard their spaceship.

I will be covering each aspect of the game, and acquiring all the collectibles within the main game. I will not be acquiring all the trophies in the game on account of some having rather absurd requirements to obtain No Death Mode.

This LP will be updated once a week, each Saturday. No established time for when however.

This game rules (and the soundtrack is one of my favorite game OSTs) but I never had the moxie to 100% it, it was just so demanding! Best of luck in doing that yourself

It seems like your audio’s clipping a lot whenever you raise your voice even a little. You may want to ask around in Let’s Tech Support on how to fix that. Otherwise this looks great! I’ll definitely be following along.

I have so much nostalgia for this. I still can’t believe I had 100%'d it at some point in my life, possibly twice? I still listen to the soundtrack often.

I hope you’ll be editing out failed attempts for uh, some of the challenge bits.veni vidi vici, for instance

Thanks for the feedback about this project guys. I do have some plans editing wise for this LP, but since I have recorded all the episodes before even uploading a single one, the audio issue is something I wont be able to resolve until next time.

Only 2 episodes in and I have a run in with a Giant Seizure Inducing Elephant. Go figure.

Episode 3 is here as we take on the hardest part of the game, VENI. VIDI. VICI.

Episode 4 has arrived, where everything goes wrong.

And thus, Episode 5, is upon us. This is the End of the main game, but there will be one more episode next week covering the content unlocked after beating the game.

Well…I’m late on this. BUT NO MATTER. Episode 6, the Bonus Episode, has arrived!

Good LP, thank you for showing off the game!

@moderators I would like this thread to be archived under Completed Let’s Plays, since it has wrapped up overall production. I would prefer it be closed as there is nothing left to add to it.