Games R Gud. Usually. Test post for editing. Do we get errors when we edit? No.

Games can usually be good, but it is discouraging when you look at Steam and see all the bad games that are published these days. Also, here’s a diagram to indicate that games can be stupid, dumb and good all at once. 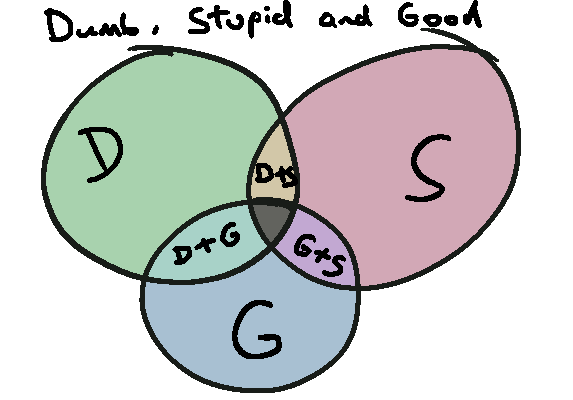 Guys, you’re all wrong here. Videogames are okay at best.

What happens when I put stuff in quotes?

(The preview feature is super good)

Edit: oh hey, I got a badge for using an emoji.

So the general consensus is that games are generally pretty alright so here is a gif in reaction to that:

(testing a direct link to your original gif)

I can’t believe you’re all are making up all these lies about video games being good, where do you nerds think you are, some kind of video game forum?

This is the thread for talking about Test Tubes right?

edit: I just noticed replies come up live without having to refresh the page, that’s the good stuff there

Resident Evil 7 is the goofiest scary game and it does both real well.

Yes and that in turn makes them good at being stupid and dumb.

Edit: Let’s see if that reason for editing bar shows up somewhere after I’m done here.

The post count changing as you scroll up and down is neat.

Also… Hello I have video game opinions, many of them wrong.

Let’s see if we can get embedded videos
Video Link

Hello, does anyone else find the “Suggested Topics” thing at the bottom of threads to be kind of annoying

It embeds but, it’s private.

It does kinda blend into the rest of the thread in an odd fashion.

It showed up and it works so it appears that we can embed videos.