Terrible People from History, and other writings

Hi! For the last two and a half years I’ve been writing for a Dublin-based cultural website called Headstuff. Mostly I write a weekly column called Terrible People from History, though I’ve written other stuff for them and even guested on one of their podcasts, talking about the historical impact of syphilis

Here’s some of my favourite Terrible People I’ve written about:

Fred Demara was the original Great Pretender. He spent his whole life faking qualifications and doing a surprisingly good job at things he wasn’t remotely qualified for - from prison warden to navy surgeon.

Josephine Baker was born a poor girl in St Louis. She went on to become first an international movie star, then a spy for the French Resistance during World War II, and then a civil rights activist.

Hermann Goertz was a Nazi spy who parachuted into World War 2 Ireland to make contact with the IRA…then decided they were so incompetent that he just went on the run instead.

John Osborne was elected governor of Wyoming in 1893, though he had to break into his own office to take control. At his inaugural ball, he danced in shoes made from human skin.

Headstuff also organise a monthly “Headstuff Lectures” event where people go up on stage and talk about random interesting stuff. I’ve done it a few times and it’s been nerve-wracking but great fun. (One of them’s up on Youtube, if you’re interested.)

You should check out my column archives, I’ve got around 150 of them there

But seriously, if people want to post their own then go for it. (And if they’re fine with it, I might nick them for a column - though one thing I’ve never had any trouble with is finding terrible people to write about.)

These articles are really good stuff. Thanks for the reading material!

I decided to start posting each week’s new column here, if people don’t mind. This is the one that went up on Monday.

Charles DeRudio was the son of an Italian count who fought in a revolution, threw a bomb at an Emperor, escaped from an unescapable prison and then fought (and survived) at The Battle of Little Big Horn. Which I will admit sounds like the summary of a series of historical fiction novels written by an author with attention span problems, except real.

I absolutely love these articles. They’re just the right length and the choice of people you’re covering is also good. Please keep posting them.

Aw, thanks!
The length is honestly incredibly variable, depending on just quite how deep down the rabbit hole I end up going. I’m lucky enough not to be held to a fixed word length for these articles.

Another week, another column.

image.png702×336 241 KB
Frances Howard Carr was an English noblewoman who was married off young and later gained a scandalous annulment so she could marry her lover. (Who also happened to be the King’s lover, because you could get away with that if you were King.) Things went downhill from there - throw in court intrigues, murder, alchemy and alleged witchcraft.
2 Likes
El_Sid February 21, 2017, 1:35pm #9

I’m rather enjoying these, they make for a good occasional distraction at work

Robert Butler was a street kid turned career criminal who spent time in jail across Australia and New Zealand in the 19th century. He literally got away with murder - at least, he did the first time.

It’s International Women’s Day this week! And there’s also a big thing in Dublin calling for a referendum on the 8th Amendment (basically, looking for an overhaul of Ireland’s dumb abortion laws). So this week’s column is about…

image.png702×336 111 KB
Margaret Sanger! Best known for founding the American Birth Control League (which turned into Planned Parenthood), she started out as a radical feminist anarchist - the first magazine she published had the slogan “No Gods, No Masters”. To be fair, at the time “radical feminism” involved things like suggesting men shouldn’t be allowed to rape their wives. Before Margaret got involved it was literally illegal to even tell someone about contraception in America. How she changed that…well, read the article.
3 Likes
shinyemptyhead March 13, 2017, 7:54pm #12

This week I’ve written about Belle Starr, a petty criminal of the Wild West who became a darling of the dime novels mostly through having an incredibly cool name. Though being mysteriously murdered probably helped.

Queen Isabella of Castile was originally a dynastic pawn in her brother’s schemes, but when it became clear she’d be his heir she made sure that she’d get to rule in her own right. Once on the throne, she used religious persecution to shore up her shaky authority.

Pauline Cushman wasn’t the greatest actress in 19th century America. But she had to put on the performance of her life when she was recruited to spy behind Confederate lines.

Dang, this is all pretty extraordinary stuff!!! Thanks so much for putting it all together!

“Black” Jack Adair co-founded the biggest ranch in Texas with Colonel Charlie Goodnight, who said he’d always regretted not punching him. His actions in Donegal, Ireland made him so hated there that somebody put a death-curse on him and threw a dead dog in his grave.

As always, on-stage talking was terrifying beforehand and amazing at the time. It should be up on Youtube at some point, and I’ll link it here when it is. On to this week’s article!

Moll Cutpurse is possibly the first ever “celebrity criminal”. She was a notorious pickpocket who became well-known at the start of the 17th century for her two habits of a) crossdressing and b) taking nobody’s crap. As a result there were characters based on (and named after) her in at least two plays. She spun this fame into a brief stage career, then plowed the profits from that into a combination fencing & pimping service - spotting a gap in the market, she basically set up a 17th century Ashley Madison, getting paid by both sides for helping studly working class types hook up with bored bourgeoisie housewives.

This week I have been writing about two people - Henry Prince and John Smyth-Pigott. Henry founded a Christianesque cult called the Agapemonites in the 19th century, claiming to be the Holy Spirit made flesh. John Smyth-Pigott took over the cult in the early 20th century after Henry’s death and claimed to be God. In both cases this seemed to result in a need for female cult members to have sex with them - funny, that. 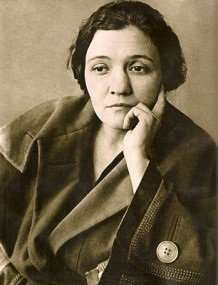 Baroness Moura Budberg was a Russian aristocrat who survived the Bolshevik revolution despite the fact that she was having an affair with a British spy at the time, something that was made into a movie during her lifetime. She went on to have the Russian writer Gorky and the British writer HG Wells as lovers simultaneously, and eventually emigrated to London. Up until she was in her 60s MI5 considered her possibly the most dangerous Russian spy (and perhaps assassin) in Europe. They might have been right.

Hetty Green was both the richest woman in America, and its most infamous miser. The Guinness Book of Records actually listed her as the world’s meanest person. Despite being a billionaire in modern money, she lived off fifteen cent pies and wore her black dresses until they went moldy.