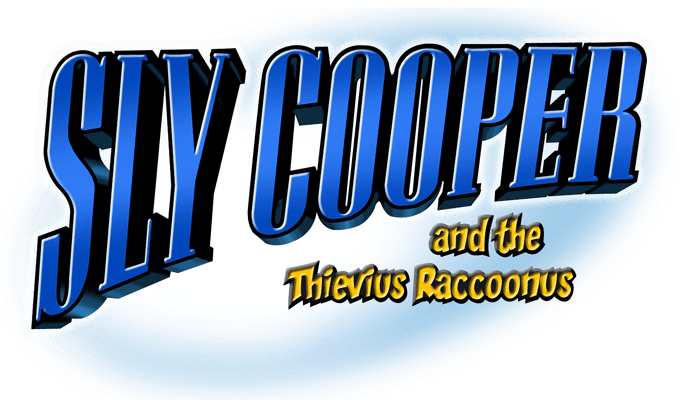 Sly Cooper is a very fun game for the Playstation 2. A collect-a-thon platformer that stood out from the crowd with an interesting cast, storyline, and challenging gameplay, it was the first entry in what became a successful series of games, and Sly himself was established as one of the prominent names among Playstation-exclusive characters.

So for my first real Let’s Play, I’m going to be tackling this classic of the PS2 library and relive the thieving adventures of Sly and his gang (well, mostly Sly) as he enacts his quest to retrieve the pages of the Thievius Raccoonus and save his family’s legacy.

SO HOW WILL THIS LP WORK?

This is not a 100% run, for the simple fact that I have never managed to grab every single collectible in the game. I will attempt to grab as many clues and open as many vaults as I can over the course of the game, and I am going to be keeping a sharp eye out in every stage for exactly that reason. Plus, each vault contains an upgrade, so I have no reason to deliberately avoid them. So while I might not be finishing the game with absolutely everything, I will absolutely finish it with as high a completion percentage as I can achieve.

Also, seeing as this is my first Let’s Play, I am more than willing to take any criticism and commentary that you are willing to give out. Hearing where I need to improve is the only way that I will be able to learn, and I appreciate any opportunity given to me to do so.

There’s a bit of an odd cut early in the episode, as my PS2 stopped reading the disc for a moment and I had to tap it to get it functioning again. Hopefully it’s not too detrimental to the video as a whole.

Anyway, all of the first world’s treasure keys have been collected, so the next episode will feature the first boss battle.

This episode is my first time experimenting with post-commentary, as well as my first time cutting separate scenes together. It’s more time-consuming than just doing everything in one go, but I’m hoping that it leads to a better quality video.

I plan on only doing one level per video rather than two in order to make the videos more accessible. I’ll see how this goes for the next few episodes, and if I like it, then I’ll stay with this format.

I have some bad news. Due to an unfortunate accident, I’ve lost all of my save data for the game, so I have to start playing again from the beginning to get back to where I was, which might delay the next episode for a little while.

I’m really sorry for the inconvenience.

This LP is not dead!

Now that I"m back up to speed, episodes should be coming in much more consistently now. I’m actually editing the next one right now, so it should be out either tonight or tomorrow.

Managed to pick up two treasure keys from minigame missions in a reasonable amount of time, so it’s a double level episode!

A familiar face returns, and I discover a fast-paced level and a very uncooperative ladder.

In which Sly makes use of a wrecking ball, truly the stealthiest of all a thief’s tools.

Once again, Sly exits the casino interior to run around on the outside of buildings, this time with bonus falling air conditioning units used as springboards.

And that marks the end of the second world. Next to come is what I think might be my favorite phase of the game, and I can’t wait to replay it.

And now begins what may be my favorite part of the game, Vicious Voodoo. I’ve been looking forward to this, and I’m so glad to have made it here.

There’s going to be a period for about a week coming up where I won’t have access to my recording equipment, so I’m going to try to get as much of World 3 done as I can over the next few days in preparation for the upcoming hiatus.

In this episode Sly meets a new friend. Depending on your interpretation of the word “friend”, of course.

My commentary wasn’t completely up to my standards in this one, but I really wanted to release something before I had to go on hiatus, and I feel like it was decent enough.

So I think this will be all I’ll be able to post before I go on vacation. I’m trying to finish up an episode right now so that I can release it sometime next week so that the drought won’t be quite as long, but I’m not entirely sure it’ll be done in time.

But this LP isn’t being discontinued. It’s just going on a short break. I want to make sure that’s clear.