THIS GAME CONTAINS DEPICTIONS OF BLOOD AND VIOLENCE 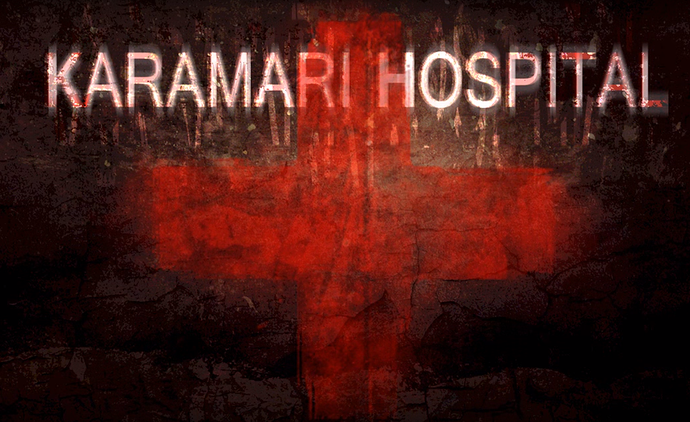 Spooky’s Jumpscare Mansion is a free, first person, “cute” horror game created by Akuma Kira and Psychobilly2422 in 2014 under the name “Spooky’s House of Jumpscares.” In 2016, the name was changed to the much less catchy “Spooky’s Jumpscare Mansion” following a cease and desist by a German app developer called “Spooky House.” You are an unnamed protagonist, who decides to explore a mysterious mansion inhabited by the ghost of a 12 year old girl, “Spooky.” The game consists of 1,000 rooms, mostly randomly selected, where you must wander through discovering notes left by other explorers and avoiding the numerous “specimens” spooky has been collecting.

At the end of 2015, the team released a $2.00 DLC by the name of “Karamari Hospital.” It differs slightly from the main game, as instead of mostly exploring random rooms with the occasional monster’s domain the entire experience takes place in the titular hospital. Now, a scary hospital is perhaps the most overused horror environment besides “asylum,” but the strength of this game lies in the way it uses clichéd horror tropes in a surprisingly effective way.

##SO WHY START WITH THE DLC?

In fact, me (Andy) and John did a full playthrough of the main game already, but as it’s both a little rough and was near the end of it’s completion when this forum was born, I decided to save this thread for these videos instead! This time not only do we have our third co-host Mikah along for the ride, but we are also using his super good musician equipment instead of my laptop+snowball combo.

We’re going to be as comprehensive as we can. I don’t think I’m going to go through the effort of recording every death scene, for example, but we plan on finding every specimen and getting any alternate endigns that MAY OR MAY NOT EXIST.

We release episodes every weekday if we can manage it! 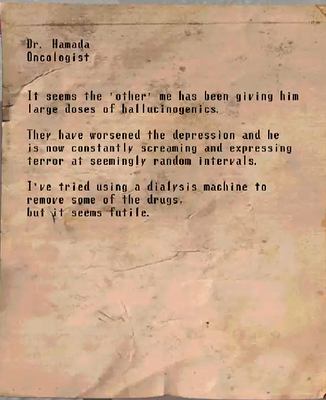 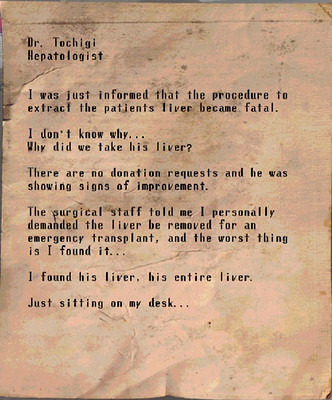 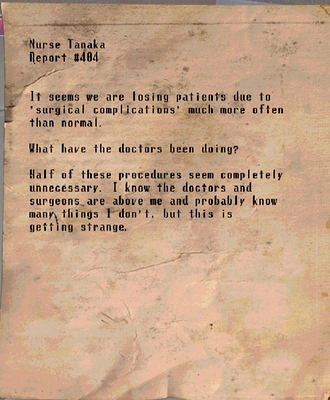 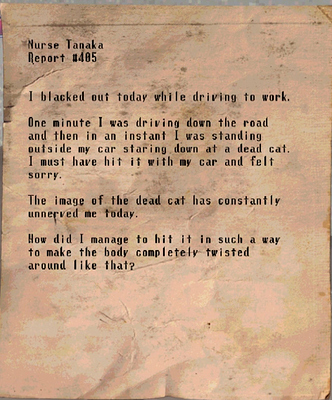 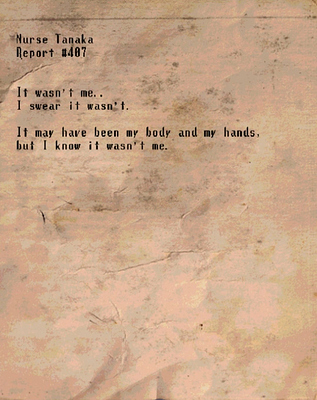 I misread the title as Katamari Hospital at first and that would certainly be a vastly different experience.

Roll up all those corpses, quick as you can, until it’s thiiiiiis big!

I thought the exact same thing. In fact, I just edited out an opening where I make that exact joke.

In which we read a bunch of notes. 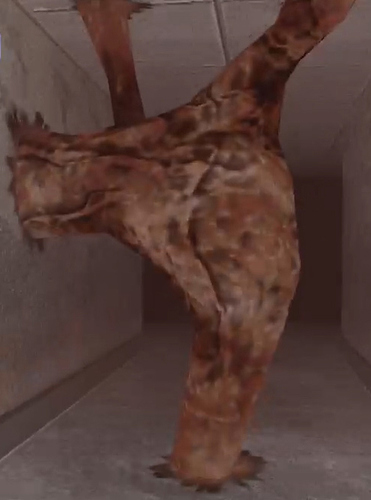 The Virus
An immobile, cancerous blob. Doesn’t seem to be doing much besides blocking the rest of the basement. Perhaps there’s some way around…
…
…
…or through.

“Joint pain?
Be afraid, it causes cancer.
Being afraid that is.”

Oh, what a wonderful poster, and wonderful hospital! Clearly their methods work, because they cured your incessant need to look to your left after spending like five minutes in there!

I’m trying to find those textures in the game files so I can add them to the update.

Got em’! I’m adding them to the post and the op.

In which we explore the rest of the basement.

Seems to be the security around these parts… or at least what’s left of them. Slow, but hits extremely hard with the weird flesh saucers their hands have become. Also occasionally seems to talk. 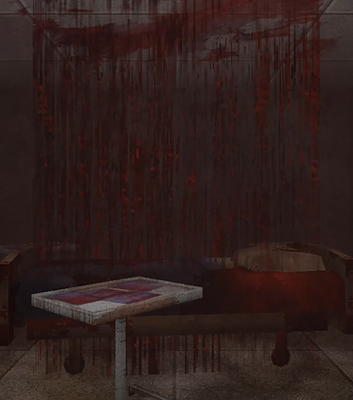 I don’t even have a single clue. Screams courtesy of “Matt McMuscles” from the Two Best Friends Play channel.

A haunted(?) corpse that brings you to it’s weird corpse dimension upon exiting the leftmost morgue. We… don’t handle it well.

Forgot to add the monsters to the first post. This is a psa against night posting.

In which we encounter the organ stairs.

A gameboy what contains a dating sim. Yes I count this as a monster. 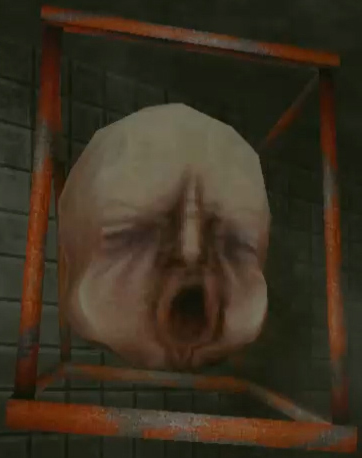 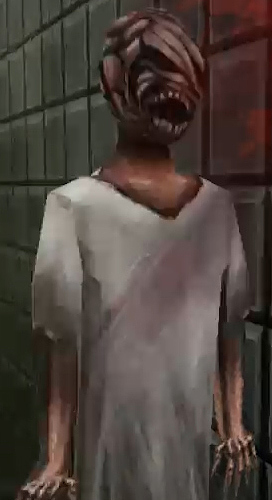 This wily little dude attacks you after picking up the key to the isolation room. Is apparently made of worms.
[/spoiler]

In which we HOLY FUCKING SHIT WHAT IS THAT THING? 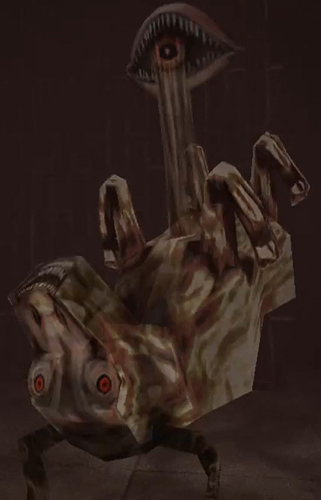 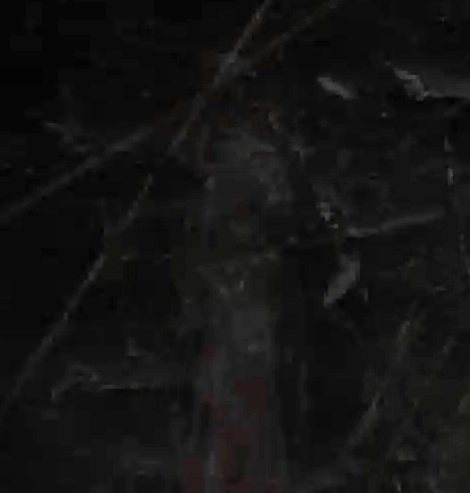 This is a thing we completely didn’t even notice. Doesn’t do anything, as far as I can tell, just hangs out at the end of the HORRIBLE HELL MAZE.

In which we power through new game plus to find the differences. there aren’t any

And with that, we are done. Sorry this took so long to end, but it’s been a hectic couple of weeks for the crew here!

@moderators, this LP is officially over. It should go into Completed Let’s Plays, and you can keep comments open I guess?