INTRODUCTION:
Hi, I’m Transient Tiefling, and I’m very new to this whole “Let’s Play” thing. In fact, this is my first Let’s Play pretty much ever. As such, I thought it would be a good idea to LP a short and simple game as a way of easing myself into it. Even then, Gungrave itself is a game that I have a huge soft spot for, and I hope more people will come to enjoy it even half as much as I do. It’s ridiculous, it’s bombastic, and it doesn’t outstay its welcome, and I have some stuff I want to say about it.

ABOUT THE GAME:
A lot of the information I present here will be covered in Episode 0, but I’ll make a text piece here for those who might want to just jump right in:

Gungrave is an arcade action game focused entirely on shooting. The game follows our protagonist “Beyond the Grave” (formerly known as Brandon Heat), an undead cowboy who carries around a coffin shaped armory and twin hand cannons seeking revenge against the very crime syndicate he used to be a part of. The game was developed by Red Entertainment, and was published by Sega for the American market (with Activision being the UK publishers and Red themselves publishing in Japan). This game is known mostly for the contribution of Yasuhiro Nightow, of Trigun fame, and partly for the efforts of Tsuneo Imahori, who was the composer for almost all of the music as well as a composer for the Trigun anime.

The game had a mix reception at the time of release (2002), with an average score of 65/100 on Metacritic. Most of the complaints revolved around the fact that the game was only about 2 hours long (4 hours if you want to unlock everything) and charged a whole $50.00 for the price of admission (which of course, was full price at the time). However what saved the game from being a complete waste of time in reviewer’s eyes was both the striking cel-shaded visuals as well as the overall art direction and presentation of the game.

The game also has an anime adaptation, which spends a majority of its runtime as a sort of prologue, giving us insight into the characters and events that created the setting the game takes place in.

ABOUT THE LP:
Because I’m not really that funny I’ll be approaching this LP from a more informative standpoint. On top of talking about aspects of the game/anime/relevant information I’ll be playing the game on Normal difficulty, but I may try and set something up at the end where I do a really badly played run through of Kick Ass difficulty, if only to show it off. Finishing the LP with a look into the collectables/unlocks.

"What about spoilers?"
Gungrave itself is so bare bones and simple that I’m willing to allow any spoilers from the game. Please do not mention anything about Gungrave Overdose or Gungrave VR as I have not played them (yet). As for anime I’m going to say it’s okay to talk about them, but please spoiler tag them properly; as the anime has its own take on the ending that is very different from the game. 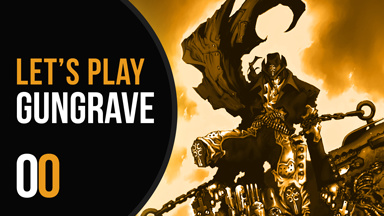 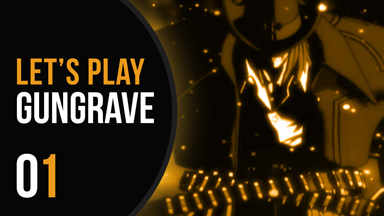 EVERYONE GETS A GUN 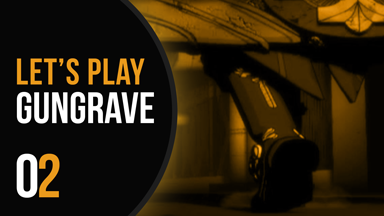 EVERYONE GETS A GUN

Apologies for the delay. Real life and all that jazz. Enjoy!