She's got the Skittles to pay the bills. Let's Play Darkened Skye 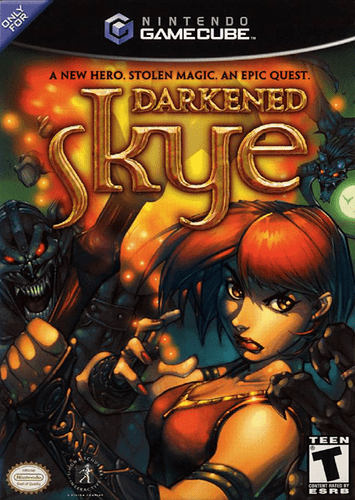 Licensed games tend to have a lot going against them. They’re often made by dispassionate developers who are being forced to work as quickly and cheaply as possible by the license holders, and as such usually come across to players as the half-hearted cash grab they indeed are. Sometimes, however, an exception comes along in which the game somehow finds an inspired way to make itself worthwhile despite the burden it’s been dealt.

Darkened Skye is a licensed game about Skittles. The producer of the game vehemently refused this assignment at first but ultimately her hand was forced, and the resulting bitterness of the entire creative team shines through in every moment. Incredibly, the folks who commissioned the project had no issues with this or the fact that their brand isn’t represented on the packaging of the game in any way. So in 2002, this sloppily-made self-hating ironic fantasy adventure/commercial was unleashed on unsuspecting PC gamers, then ported to the Gamecube for optimum obscurity.

Make no mistake, this is not a fun game, but where it really won me over is in the writing. All of the dialogue is sarcastic, pun-laden, fourth-wall-breaking, and full of wisecracks, and there is a ton of dialogue. Not only are the characters almost always chatting with one another, our hero Skye also keeps a journal throughout the game which she fills with even more jokes as well as crucial hints. I’ve taken the liberty of putting her inner monologue up on screen at appropriate times, and I’m still open to feedback about how I’m handling this should you notice anything with room for improvement.

One last thing, just in case anyone has ever played this themselves, NO SPOILERS! Now, with that formality out of the way, adventure awaits!

Fanart of the irresistible charmer Dorian by ShawiniganHandshake! 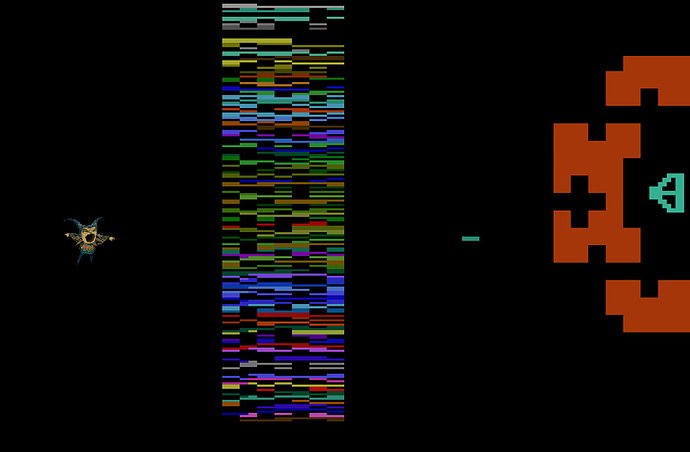 Holy shit. This game is… a thing. I like the transcription of Skye’s thoughts on screen, but if you could make them stay up for maybe a second or two longer, it would be easier to read them without needing to pause the video.

Oh man, I remember this from the No Goblin 2015 Extra Life stream.

This is the best thing. I love this. I’m happy this exists.

I feel like there’s a really interesting story behind the development of this game somewhere. It’s just such an… aberration among licensed games.

Also I think the journal entries in the corner are a really good idea. They’re staying up for a good amount of time, too.

Oh man. I’ve got a copy of this game kicking around. There’s one particular part where I got stuck but the writing was so funny I always hoped someone would LP it so I could see the ending.

Well heck, I gotta give them one thing. This probably stands out as the least in-your-face licensed game I’ve seen for a candy brand since the artifact could’ve been literally anything else. I just really want to imagine the looks on the script writers’ and actors’ faces when they wrote and read this thing.

I’m almost sad that I know about this now, because I would love to see someone pick this up from goodwill or something without having any clue what it was. Imagine how totally blindsided they would be!

How many Skittles are there? It looks like 5 detents but is that just for color?
Also, the editing is superb and definitely helps digest this style of game.

Goddammit, Skittles is not a singular noun.

No, but SKITTLES™ is! We can post that word freely now, by the way, it’s officially no longer a spoiler as of ~25 minutes into the first video.

There’s a whole lot of Skittles in the game, we’ll be snatching up a few new ones in most levels. It’s all needlessly overcomplicated by the presence of a secondary type of multicolored MacGuffin we’ll be hearing a lot about shortly.

Glad to hear my method of presenting the journal seems to be working out, I’ll add a few more seconds to the time they spend on screen going forward just to make it as easy as possible for everyone to read them.

Oh, and Happy Valentine’s Day! Hope everyone got themselves something sweet and/or colorful today.

I’m going to be really disappointed if the ending doesn’t involve someone realizing you can eat Skittles.

“Wait, what do you mean magic?” The final boss asks through a mouth full of candy.

That was me, back like…shit, what was it, twelve, thirteen years ago? I saw a box with a good drawing on the front and a really vague back at GameStop or something and said, “I am intrigued enough to pay five dollars, yes.”

I laughed a lot at the end of that first cutscene.

Does anyone know if there are snakes in this game?

…Wow, this game is magical. Strapping in for this wild ride.

I was saving this for later in the LP, but since you brought it up I had to address it in this update:

The more I watch of this the more I can’t believe that this is, like, a real game. I’m so glad it is, though.

You know, for a while the gameplay seemed oddly passable for a licensed game. I was wondering when it was going to get heinous. Now, now is the point when it gets heinous. They just had to bring extensive platforming into it.

Also for some reason the voice of the fish riders makes me deeply, profoundly uncomfortable.

Cool LP so far! Jumping on the bandwagon fo say that putting the journals in the corner when they come up works pretty well. Man, I almost wish this game had been legitimately good gameplay-wise and sold amazingly well so we’d have gotten even more terrible licensed games with sarcastic plots.Though, I’m also kind of glad it didn’t. The last thing we need is a PvP zombie survival game where the only cure for being bitten is a Snickers bar.

Do you reckon that when Necroth was going about his plan to steal the rainbow there was a point where he was just sitting in his throne, gloating about his plans, and he uttered the words “Yes, victory is nearly in my grasp! Soon, only I shall possess the power of the rainbow! I can almost… taste it.”?

I’ve never eaten Skittles. They seem similar to M&Ms though, and I’ve had those. M&Ms also had a real nice licensed game in M&M’s Kart Racing.

I miss these nonsensical licensed games. I blame iOS for taking over so much of that market.