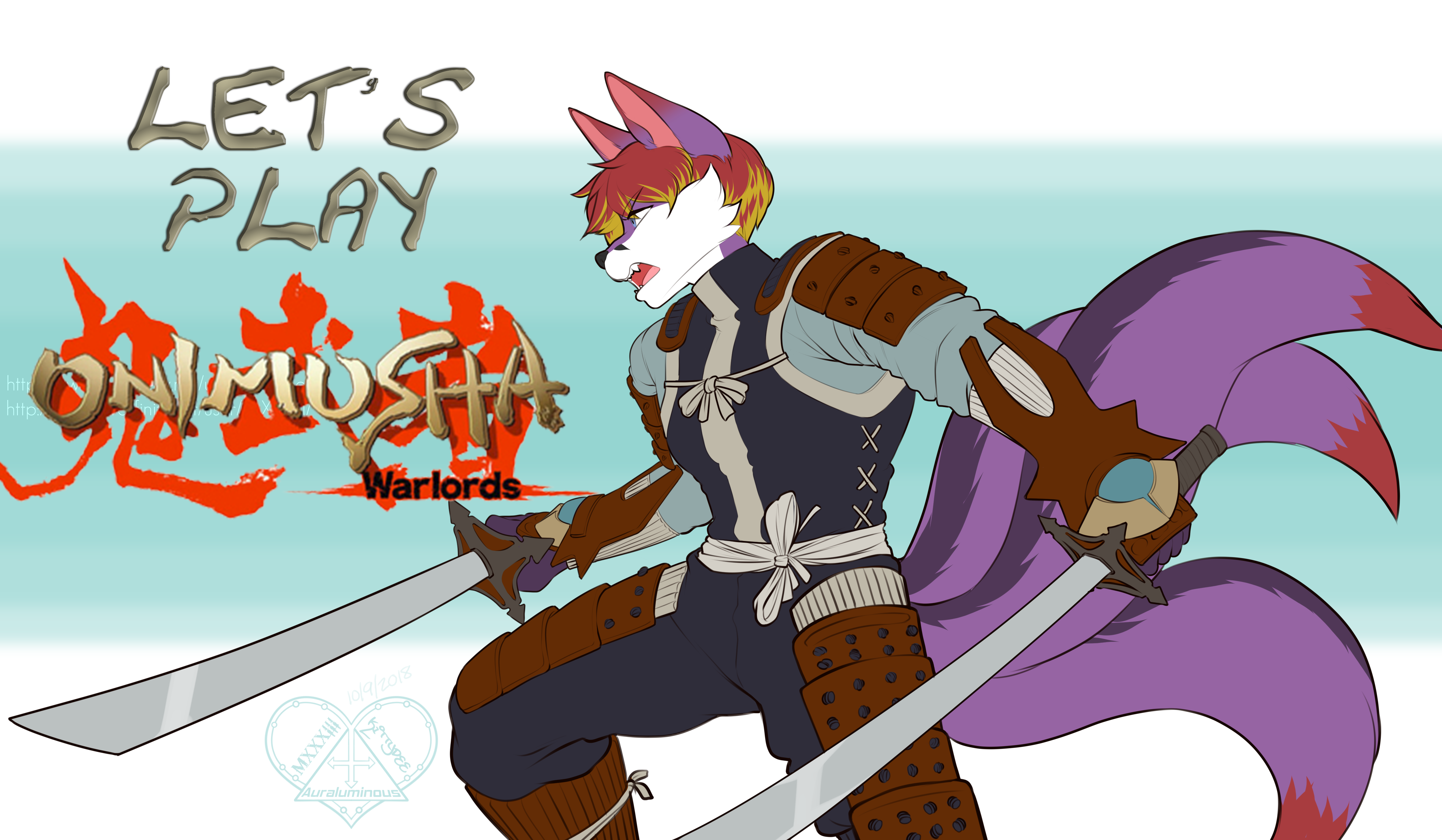 What is Onimusha
Much like Genji this takes place in ancient Japans where you fight in battles that ACTUALLY HAPPENED. Well, sorta, but not really. The names might be the same but overall they’re entirely different. Though, in order to make these more realistic they did take figures in the Sengoku Jidai period of Japan. They even used real life actors for the main characters of the series!

But let’s go into “What is Onimusha” it’s at best a survival horror game set in feudal Japan. The long and short of it is this takes place during Nobunaga’s take over of Japan, or unification efforts depending on who you talk to. Much like other games that portray him, Nobunaga is a demon. (I’m still trying to figure out why this is. Most of the stuff I’ve seen about Nobunaga seems to make him a fairly decent person given the timeframe he came from) And we have to prove that we’re a bad enough Samurai to rescue the princess. Did I mention there’s a princess here? Well you better believe there is! What kind of Samurai game would this be without a princess? Not a very good one I’d argue.

So why Let’s Play?
I LOVE the first Onimusha a lot, and don’t ask me why but I never did get the others… UNTIL NOW~ But we’re going to deal with those when they come around. This is specifically about Onimusha 1. There’s so much about this game that was really engrossing to me as a kid and honestly still is. The hidden techniques, to the boss fights, and the world they’ve built it’s just super enjoyable and I can play it forever.

Spoiler Policy
It’s close to 20 years old. I mean it’s probably known, but that being said don’t spoil things that happen in later games. Sure the story is fairly predictable but I feel like the most fun is just experiencing the game together.

My life as an Onimusha

We won’t get bossed around

We won’t get bossed around

I should state this ISN’T the PS4 version which has better controls and the Issen has a bigger window on.

That being said we’re now onto our first boss, which to be honest is kind of a chump with magic. Magic is extraordinarily powerful in this game. It gives you I-frames as well as deals TONS OF DAMAGE. In later games they’ve nerfed it to the point of almost uselessness. More so when they made bosses able to be issened.

I almost forgot what day it was today.

So it’s really living up to the Resident Evil in warring Japan with some more puzzles! Most of these are pretty easy or trial and error which I guess is an okay thing because of how easy it is to get health from enemies.

We’re in for a gameplay change! That’s right we’re not just playing as the Titular Onimusha. Nope we get to be ninja side-kick as well!

Also sorry for the late update. My computer died and I had to get a new one and get back to updating everything as I had it. (Still missing some key features but oh well)

I’m so sorry for the long update delays. I have no real excuse outside of setting up my new computer took longer than expected and getting a refund from Cyperpower was a pain in the ass.

In this episode we’re finishing up the first part of Kaede’s appearance. Oh you better believe she’s coming back with a vengeance soon enough.

So on the weird creepy dude they don’t actually say who he is in this game. At least not that I remember, but considering they do use real life people for a lot of the onimusha games, he’s more than likely a retainer for Nobunaga.