Rocketeer and the Dark Void of Tomorrow 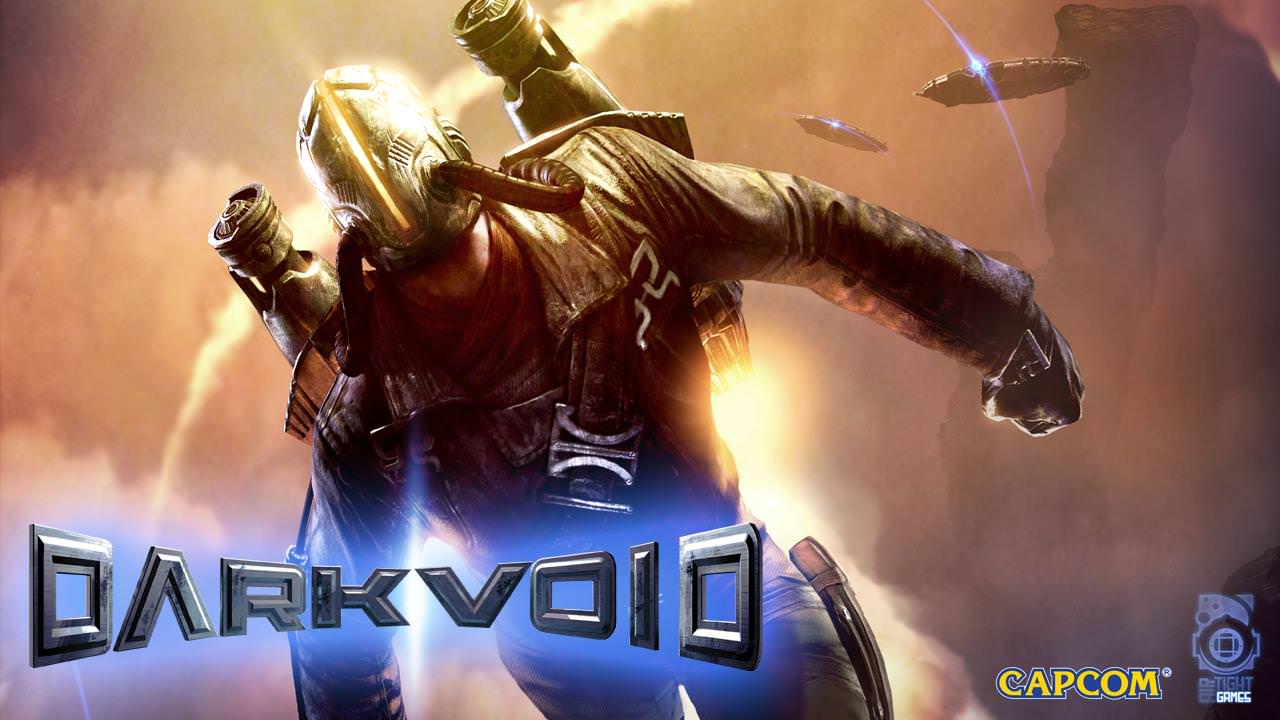 Lordran, a place out of time, out of space. The Chosen Undead are stuck there in an endless struggle for the fate of mankind and the world. You’ve become one of them, can you rekindle the flame and save us all?

Now replace “Lordran” with “The Void”, “Chosen Undead” with “Void dwellers” and “rekindle the flame” with…“learn how to fly a jetpack”. Oh, and there’s evil aliens and they’re working with the Nazis to start World War 2.

I’m playing through this game, recording it and showing to my friend Crow while we talk about whatever. Dark Void wasn’t exactly celebrated in its time, and we don’t really see why. This LP is far from comprehensive, but I like this game and I hope that by the end you might like Dark Void, too.

I’m Great Joe. I’ve done, like, a thing? Maybe two? I’m running through the game and inviting my friend along the way. I’ve finished Dark Void twice and had a lot of fun on my way through.

He’s Crowfeathers and he’s done at least four things. He might even know more about this Dark Void thing than I do!

I should probably mention these aren’t getting cut for cutscenes and stuff like that. The first recording session had a few technical niggles but by the second session things evened out.

Ah yes this game~ It felt really weird playing it on PC. At least with the flight controls.

I’ve been playing it on a controller this whole time. Really wouldn’t feel right to play ace combat on mouse and keyboard, either.

We get saved by our good friend Ava, get shooed off by Paul Eiding and then try our darndest to get off this weird island.

We’re making our way through this game at a breakneck pace! Just two more updates left of whatever this game is calling Episode I. Anyway,

Ava saved us from the cool set piece and the aliens are now at the village! We’ve gotta save these villagers from their gods that Paul Eiding warned us about!

Happy Easter! I was kinda away from my computer for the whole thing, so you’re getting your update now as opposed to…last wednesday. This is the last segment of our first recording session, so expect the video quality to get better on the video after this.

After Will decided to not go after the aliens for literally no reason, he immediately turned his head around when he finds a working rocket pack! Tavi thinks it’s too dangerous, but we decide to get into the good part of this game anyway!

A man named Atem wakes Will up, and we learn that The Watchers are. Uh. Watching him, I guess. With Atem’s help he makes it to a camp of human survivors who somehow manage to live in this world that’s mostly rocks and clouds.

After getting his own room at the survivors’ base before shooting down some hubcaps, Will goes to help rescue some prisoners. He also gets a cool helmet that makes animating dialogue scenes a lot easier.

I do rag on this game’s story a fair bit, but this third of the game is really where the on-foot and jetpack halves are given room to breathe. It’s fun to experiment, hurtle along and be death from above while floating up high.

Will and a few of his Survivor friends enter a prison to save people!

Turns out the prisoners Will was rescuing included Tavi, Ava and Tesla! But now the Watchers know where we are and the Ark has to launch. Will they make it?

Mostly they talk about how it’s okay if their teenage children drink, so long as it’s at home and not outside late at night.

The Ark is now afloat, with every Survivor seated comfortably onboard, but the Watchers are attacking them at every turn. Can Will keep them away?

After escaping whatever monster that was that threatened to swallow The Ark, Will got knocked out by Watcher soldiers! He’s lost his rocket pack, but not his conviction. Tune in, as we escape containment and find a way out of this Dark Void.