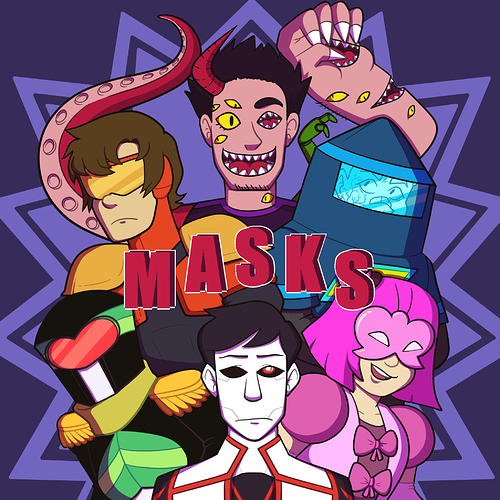 Masks is a pen-and-paper RPG released by Magpie Games at the end of 2016. It is based on the increasingly popular Powered by the Apocalypse engine, which gave us such games as Apocalypse World, Dungeon World, and Monsterhearts.

Masks is set in Halcyon City, a shining metropolis and love letter to the history of superhero comics. It has seen three generations of heroes (helpfully sharing the names and themes of the three major eras of superhero comics), and despite whatever hardships they have faced, the city has survived. The current generation of heroes is still young and inexperienced, and no one knows exactly what they’re going to be yet. A game of Masks follows one team of this new generation.

Our particular team consists of six heroes and one GM. Having met in a sudden freak attack by a particularly powerful monster, they’ve stuck together to oppose a company they believe is up to no good. The LP will be audio-only in the form of a podcast; we plan to play biweekly and release episodes weekly.

Obviously there’s nothing to spoil, so enjoy! 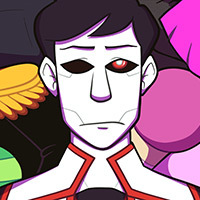 A sophisticated AI originally created as a Siri-style personal assistant tailored for maintaining a private database of superheroes and villains. Always eager to aid in the fight against evil, he persuaded his creator — an embittered Bronze Age hero called Doctor Watt — to give him an avatar body & train him as a superhero. Epoch has the unique ability to hack into any computer or smart device and manipulate it as he wills, and his connection to Doctor Watt makes him the ideal candidate for a team leader, but he is very fragile and not useful in direct combat.

Epoch uses the Protégé playbook, which is all about being the pupil of an established superhero. 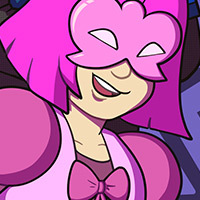 A girl who has lived in Halcyon City her entire life, Celeste has a strong distaste for authority and decided to take law enforcement into her own hands. Despite having no powers, she joined up with every school sports team that would take her and threw on some old cosplay in order to become a street-level vigilante. As fate would have it, her initiative and charisma was noticed by some legit supers and she aided them in the defeat of the Biolizard, a strange and enormous monster that threatened the city’s mayor.

Shibuya uses the Beacon playbook, which is about being way, way out of one’s league in a city of superpowered individuals. 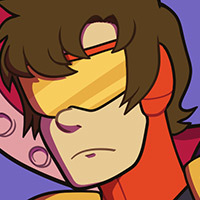 An ordinary boy interning at the popular tech startup Arch.rr, Kim accidentally stumbled upon some dark supervillainous secrets at his job and ended up with energy-absorbing powers. Like any respectable suddenly-powered individual, he decided to become a hero and subvert his employer’s evil machinations. He has the most experience of anyone on the team, save Epoch, but comes off as standoffish. His civilian identity is a closely-guarded secret, known only to his best friend and coworker, Beckett.

Reversal uses the Janus playbook, which emphasizes the importance of the dual life the character leads. 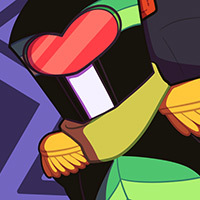 A young girl born in Japan who was sent to Halcyon City for boarding school. She’s had powers for a while and models her super identity after her favorite sentai shows, but until she met the rest of the team she’s used them very rarely, and mostly to stop small crimes. She’s desperate to be a cool, tough, green ranger, but deep down she’s a huge nerd.

Black Cavalier uses the Delinquent playbook, which is about being contrarian and rebellious while also trying to do the right thing. 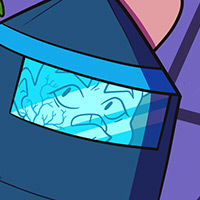 A young girl from a wealthy family, Abigail is filled with a lot of pent-up frustration at her mother and guilt from the first manifestation of her powers put her father in a coma. She can draw lightning towards her, but is not resistant to it herself. Originally, she planned to use her powers to become a supervillain and gain money to fund expensive and experimental medical treatments for her father. Fortunately, she was spared from the life by a certain enormous reptile causing a much bigger problem for the city.

Lightningrod uses the Nova playbook, which deals with being immensely powerful at a high cost in collateral. 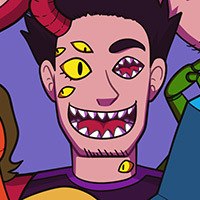 Doomzone, a.k.a. Davey… something-or-other?
played by Jovian (she/her or he/him)

A probably ordinary boy whose past is relatively unknown, even to himself. What is known is that he fell into an eldritch dimension and came back irrevocably changed. He’s pretty sweet and cares about his friends, but he no longer has a chance at living an ordinary life and his rapidly deteriorating memory is worrying. At least he has abilities to protect others?

Doomzone uses the Transformed playbook, which focuses on being monstrous in a way every teenager feels they are.

The team arrives to the press conference too late for proper press, but the mayor’s aide approaches them with a bold job offer. Despite concerns from Epoch & Reversal, the team accepts the contract to work for Mayor Diamond Joe and is quickly whisked off to A.E.G.I.S. headquarters for official registration and a test of their capabilities. The team’s prowess is pushed to its limit, and before their first day on the job even begins some of them learn they may be in over their head…

It has occurred to me that maybe we don’t do a great job of explaining mechanics. If anyone would like, I may make a post explaining the most important rules.

With that our first session is online. We recorded the next session last night, and it went really well! Can’t wait to share it with you all.

After their car is run off the road, the team wakes up to find Doomzone missing; to their dismay, he has been kidnapped by Arch.rr thugs. Though they want to help, their new boss, Michaela Quovis, adamantly objects to their interference. Can they find a way to help their friend without causing trouble? How much danger is Doomzone really in? What could Arch.rr possibly want with one of the most rookie members of the team?

Mechanics post coming up when I’m not swamped with other work! Hope y’all are enjoying the ride in the meantime, though.

First I want to bring up team archetypes. Back when I was most into superheroes, I went on a late night bender through the internet and eventually stumbled upon an article on ComicsAlliance’s Ask Chris column in which the author outlines what he believes are the five important archetypes to have on a team: The Leader, the Brawn, the Brain, the Wildcard, and the Heart. It’s similar to TVTropes’ Five Man Band, but not sexist, and the Wildcard differs greatly from TVT’s “Lancer.” This article has been formative for me and my idea of superhero teams. Fortunately, it fits nicely with the game’s label mechanic.

(As an aside, I’d also like to write more about these archetypes and how I think our own team fits into them, but that’ll have to be another day.)

Firstly, they’re not standard measures of character’s abilities, but rather measure how they and other characters see them. The labels are Savior, Danger, Superior, Freak, and Mundane.

The second thing about labels—and the thing that really sells me on the system—is that they are dynamic. In your standard RPG you expect your numbers to go up. In Masks they can go up… and down. Something you’ve heard come up in our game is that characters will try to impress upon each other what they think a given character should be; in doing this they will shift one label’s score up and another label’s score down. You can attempt to resist this change by rolling, but a miss is costly—you mark a condition, Masks’ way of tracking hit points. If you succeed (or if it makes sense in the fiction, at the end of a session), however, you can grow into your own image of yourself, shifting two of your labels as you see fit—one up, one down.

I like this mechanic a lot. It perfectly captures what it’s like to be a teenager who’s constantly being told who they are, but is unsure of what that means themselves. It sets Masks apart from other PbtA games, and definitely adds a new layer of play.

Got this out in time to share a new episode!

Epoch visits his mentor, Hal “Doctor Watt” Monroe, at the university to report on the eventful Saturday the team has had. While his mentor is largely satisfied with his pupil’s progress, there is one point Hal is extremely displeased with. Meanwhile, the rest of the team heads back to HQ to rest, regroup, and attempt to process the events. They’ve definitely had their ups and their downs, and Doomzone’s kidnapping has taken a toll on all of them. Despite her encounters with Willow Wolf, it’s Shibuya’s time to shine.

I think I’ll start posting episodes here once we’ve got both parts of a session online; so moving to every other week! I think that will give me more time to do mechanics writeups and such.

Hope you’re all enjoying the thread so far!