Hello Everybody! This is my first posting on this message board, but I was directed to it by some good buddies from a few different Discord chats and it seemed like the type of thing I should poke around in. Thought I would open up by sharing an ongoing project I was really excited for last year, that being Pokemon Moon. Feedback is welcome and appreciated, btw! 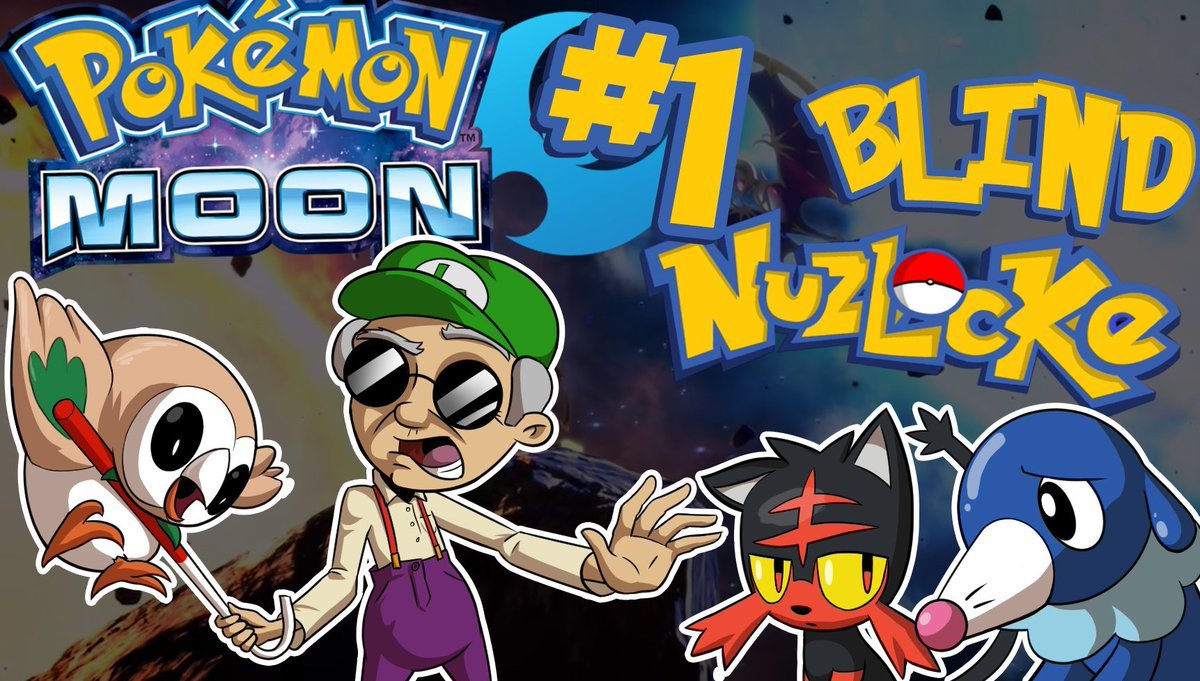 This is an ongoing series. I’m not sure exactly what formatting or templates you guys like to use for the introduction of a new LP series (for example I see a lot of the other topics have bolded headers but they’re all different) but I’ll try to give a quick summation of what it is (it’s all explained in more detail in the videos anyways.)

THE ELEVATOR PITCH IS…

I haven’t played a pokemon game since Pokemon Emerald, in gen 3. I got a 3DS from a friend at work, had a stupid idea to spend too much money on a 3DSXL capture card to play the newest pokemon when it came out as a blind nuzlocke, and now I’m 22 episodes and 4 trials deep. Somehow.

I know nuzlockes are pretty common in LP stuff nowadays, but it’s not very often one gets the opportunity to return to a series after 12 years and basically catch up on everything at once. I thought it was a cool idea, so here I am.

As for format / personality, this is a solo series so it’s a bit different for me from my 2-man letsplays, but I do try to keep up commentary, at least attempt to be funny and improv, I read out cutscenes (the story is part of a blind LP after all) and cut out periods of downtime or silence when nothing interesting is happening.

I took a lot of inspiration and guidance for this type of LP from Projared and PBG’s past nuzlockes and have sunk a lot of work into making it polished and presentable - I don’t mean to imply anything about anybody else’s videos, but I really didn’t want this series to be “Amateur Hour” after investing so much in the setup.

I’ll just post the first episode and the episode from the latest gym / trial in the game for now, and then a link to the playlist for anybody who wants to watch what came in between.

Playlist for all the videos in between…

Now, to go looking through the rest of the posts on this board!

Looks like a good fun time. I’ve only watched the first few minutes but I like how excited you are for this. I’ll keep watching.

You’re pretty good at selling this. Your enthusiasm provides a lot for this without going over the top. I have to say though, and you can take this advice or leave it, you don’t have to read all the text on screen aloud. I personally feel like it doesn’t really add much to have it narrated to me, but I guess there’s not a tremendous amount of things you can fill the space with since you’re reading it for the first time too, so just keep doing whatever you’re comfortable with.

Thanks man! And yes, reading it aloud is something I’ve chosen to do in my LP stuff, based on the youtubers that inspired me to start on it myself. And yeah, I’m reading it for myself the first time heh. If it was voice acted then obviously I wouldn’t compete with it. Plus, I get more invested into the cahracters / scenes if I’m involving myself in them and giving extra personality to the reading.

I know that’s not the most popular take on things in a community like this but it’s what I’m choosing to do so at least I can stand by my opinion. I put a bit more info on this opinion in the great reading debate thread as well!

Regardless thanks for the compliments!

Also heads up, I have been re-watching this series over the past day (helps after a few weeks removed, gets my own eyes fresh on it again) and I have realized that the cuts are getting a biiiit too frequent and the readings are toeing the line of obnoxious. I dunno if I’ll remember these things the next time I sit down to record, but I’ll try to reel it in for future episodes. After the next 2, which are already pre-recorded.

Just caught up with this, I am enjoying it! I am working on completing the alolan pokedex myself, and I have been watching these episodes while I am grinding up levels for evolutions I am missing. I am at 93% completion so far, so almost there!

Thanks so much! I release them on Mondays and Thursdays, so expect one today!

Figure I’ll update this one more time and clean up the long list of hyperlinks - here’s my fight against the memetastic YA BOI my commentors were warning me about.