Inferno Climber is a small game from 2016, developed by ArcSystemWorks (most famous for the Guilty Gear and BlazBlue series). It is a survival action RPG in which you must battle monsters, equipment durability, hunger and Dark Souls/Zelda comparisons. Your goal is to find the 5 doo-dads and stop some ultimate evil that threatens the world of Inferno. Also you are kind of dead, but can still starve and die again.

This is a live-commentary blind Let’s Play. I’m joined by ElTipejoLoco, IronChitlin and TorpidTypist. We will do our best to stay on-topic, given these unfortunate circumstances.

Woah is that some Audience Participation I see there?

Yes, it is! Inferno Climber has a weird system where if you die (outside of the tutorial), you are forced to pick another character and resurrect your previous one with him (kind of like collecting your souls in Souls game, but it’s an entire character instead). After Part 02 has been uploaded, I will have a vote open for folks to pick our next character. 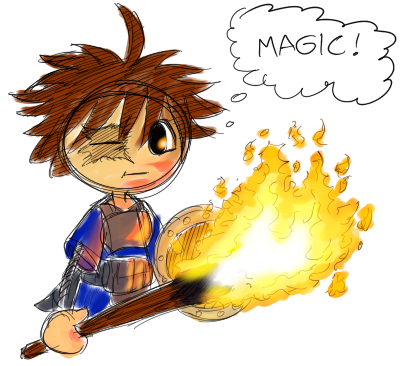 Should we prepare a death counter for the thread?

Should we prepare a death counter for the thread?

Given how quick death can happen, that might be wise.

Those wipes you added for the teleporter were terrible, but so was the swirl wipe that the game actually used at the very end of the first episode, so I guess we’ve broken even.

Loco we all know terrible things arise from indulging Chitlin. Those wipes are the least of it.

Now it is also time to vote for the character after our current one dies. Reply to this post with two numbers corresponding to the class you’re interested in:

2, 3
THE HUNTER WILL BE IN HIS ENVIRONMENT IT IS A MUST. And as we all know wizards need Jesus those filthy heathens.

What the hell class name is “innocent prisoner”

It is to show that you learned the trade of a prisoner (which is doing illegal activities like planting bombs), but that you are morally innocent of the crime you were imprisoned for.

Can you tell when I fell asleep? Hint: Almost immediately before Chitlin got disconnected. Coincidence?
Yes.

Anyway, are we co-commentators allowed to vote and therefore risk denying every other reader their chance to interact with the LP? Because, if so: 6,6

Nah, just kidding. With the way you’ve been playing, might as well go 1,2.

I’m starting to see why people say you falling asleep is a bad thing.

We’re back and we were happy about it until we got sad about it.

I guess this game is going to be a slog then

I did say it was an uphill let’s play.

Man they really went overboard in punishing you for death. Selecting a brand new character seems like a neat idea, but starting out with nothing is just way too mean. The later levels are probably going to be hell if you don’t grind equipment for all your characters.

Hey folks it’s your buddy, Real Soviet Bear. Sorry for the lack of updates. This LP is not abandoned or anything, it’s just scheduling with real life and stuff. I promise we’ll finish this game. Here is the video: