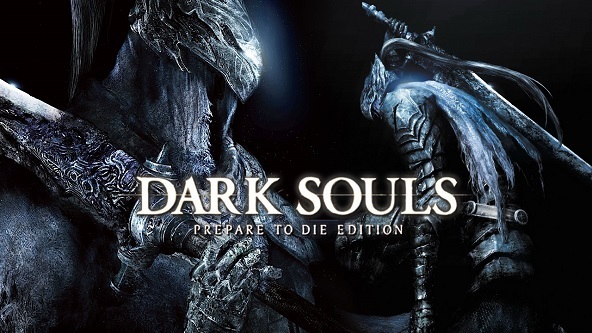 This has been running on and off for a little over a year now, but I aim to finish it for realsies now that work has calmed down a hell of a lot. Since the SA thread fell into the archive I’ve uploaded 4 episodes, so if that was the last time you saw it, you can catch up with these:
49 - A Fond Farewell
50 - We’ll Beheading Down There
51 - Clear as Crystal
52 - Jailbreak

I have a few more videos in reserve and am hoping to get more recording sessions in fairly regularly. There isn’t too too much game left anyway, so hopefully this gets wrapped up nice and neat.

Do we really need yet another Dark Souls LP?

Nope, not even slightly. I don’t care, watch it or don’t

Weren’t you in another Dark Souls LP awhile back?

Yep, and it’s quite good imo; you can find it here: https://www.youtube.com/playlist?list=PL1iwwMmsVqKOMes-ZAoWaS0iQKDcGk7Ln

This was a blind LP, which is a really good way to experience Dark Souls, because it captures a lot of those fundamental “oh shit this game is so magical” moments, but I feel like I don’t always see enough talk about why and how this game creates those moments for so many people. There’s so much you can talk about with the way the game is put together, the way the game tells its story (both through item descriptions and through level design/item locations), I could just say so much

So what will you be doing in this LP?

To be honest, whatever I feel like. This is not going to be a 100% LP, and I’m not totally sure I’m gonna even show an entire playthrough of the game, but with this game it’s possible I find something to say about basically everything. What I will be doing is playing through the game on a fairly normal path so that I can talk about how the developers built the game and what they expect players to see, so no tricksy shit with the master key. That said, I will be talking about things with knowledge of what comes later, and I will be pointing out ways you can subvert the “intended” path. I’ll also be talking about the story itself, or really the many little stories and the way the game gets them across, and the way they create the overall “feel” of the world and themes of the game

Things I won’t be doing include: talking in-depth about the best builds or other min-max-y topics, or trying to show off several different builds or all weapons and combat systems. I’ll try to vary them up enough to talk about the intricacies in the battle system, but for the most part I’m just recording a single playthrough of this game and trying out whatever seems interesting to me

Also, I’m not going to pretend I’m the first, most brilliant person ever to take a deep dive into Dark Souls. I’ll be bringing up a lot of different ideas from articles and other videos that I’ve seen and found interesting. I’ll try to link anything I pull in because a lot of other good analysis has been done about this game, and I’m not always going to do justice to other people’s ideas that I half remember while murdering a boss.

What makes Dark Souls so good is that it’s one of the few games with enough depth that it bears a huge number of interpretations, and that’s probably the biggest reason it’s one of my favorite games ever

This LP is going to assume you have familiarity with the games, but if you’re just interested in hearing me ramble I will hopefully provide enough info that you can follow along without being completely lost

I bet you never expected me to say THAT, did you Vicas?!

Seriously though I’ve come around to the game. A bunch of streams and such have helped, so I’ll probably finally get around to watching this finally, though not ahead of what I’ve played myself.

hey Vicas i’m every episode behind on this series, is there a good recent jumping in point

Ah, ye old Dark Souls. Between Geop’s old blind playthrough, Loon’s ridiculous streams, and this incredibly informative, well thought out and just plain “smart” LP, I’ve basically seen every side of the game. So that rules.

Hey Vicas, the Youtube link to the other Dark Souls LP you were in sends me to an error page.

Dark Souls??? pssh, what kinda nerd records himself talking about one of these games for hours

nah i’m joking of course, your playthrough rules bud, glad to see that you’ve been able to pick it up again and give it a new home on this shiny brand-new forum

hey Vicas i’m every episode behind on this series, is there a good recent jumping in point

I’d say probably the Painted World, since it encapsulates so much of what I’ve talked about in previous episodes: https://www.youtube.com/watch?v=qY_B7K0vcHg&list=PLfsvCxkyxQ5cVJerCse57T_nXs0UB1vIt&index=47

Alternatively if you wanna go a little further back, the Ornstein and Smough fight is considered one of the turning points of the game as a whole, if you wanna start there: https://www.youtube.com/watch?v=ansngBzLr4U&list=PLfsvCxkyxQ5cVJerCse57T_nXs0UB1vIt&index=42

New video will be up tonight, incidentally.

Been laying sick in bed catching up on this LP for a couple days. The Painted World episodes were great. Disappointed you didn’t fight that dead dragon and show off the stupid trick you can do though…

It was nice to see these videos start coming out again. There’s always something new to learn about one of my favorite games.

I loved the Souls series. I tried to play them when DS1 came out years ago, but I was still a bit too easily frustrated. Coming back to them recently, I played through all of them and loved every minute of the challenge! There’s just nothing quite like it. I’m glad to see these videos coming out again as well.

I watched most of the LP over the Christmas break Your enthusiasm the game is really great. When there was no more new videos I thought you were just done, as it says in the opening post that you may not ever finish it. I’m glad to see you are back at it though. 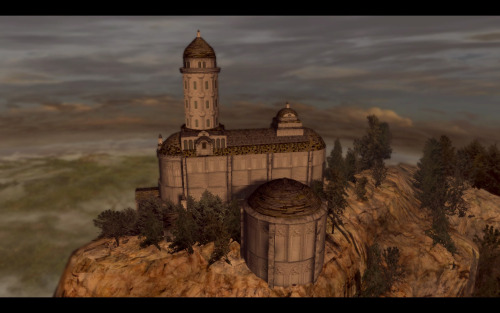 As promised, an update! The back half of the Archives is… kinda uninspired, really. Great setpiece but the actual navigation of the level is just a pain, feels like a lot of wasted space. Ah well.

While the second half of the Archive isn’t actually all that good from a gameplay standpoint, it does sure look cool, I think. Also, man, this place sure does have a lot of keys, almost as if it’s NOT run down like the rest of the game, almost as if the person who used to live here still lives here.

As some one who doesn’t play Dark Souls because it’s just too damn hard, I appreciate these videos for giving me a sense as to why this game is so popular.

i love these games but hate the culture behind them, so thanks for the good content.

The difficulty of Souls games breed a lot of that weird “badge of honor” gamer stuff. As I’ve gotten older and have less time to put into these sorts of games I’ve realized I’d mostly rather learn the gameplay systems as a way to get around and read item descriptions, or see how encounters are designed, rather than for the sake of feeling mastery over the gameplay itself. That’s probably the biggest reason I’ve stuck with familiar weapons and armor during these videos, I know how these work and interact with bosses, I know what’ll give me trouble and how I should approach it to minimize it, all that sort of thing

These games are so much more than the mountain of challenge they provide (even if just playing them for the challenge is perfectly legitimate), and I guess I really wanted to focus on that, so I’m always really happy to hear about people getting a new perspective of the game from these videos

IIRC, the Mistakes that have the miracles on them don’t run up the stairs even when the alarm is going. Between that and them dropping humanity, that whole encounter just gets sadder the more you think about it.

i think that’s part of why I like this LP so much? i’ve probably told you this a million times but i kind of got interested in dark souls off of the streams/lps you, geop and dazz had done, and while i tried, really tried to play the first game, sen’s fortress just beat me into oblivion (and the fact that my graphics card was barely above an integrated chip couldn’t have helped)

but the game’s setting, atmosphere, design, and so on fascinated me. so even though i might not be able to beat the game myself it’s nice to be able to look over someone’s shoulder as they read all the item descriptions and point out interesting tidbits without falling into the like, stereotypical dark souls player attitude

edit: i’m still wondering how exactly i got through blighttown on a geforce 205, among other issues. stubbornness, i guess

Thanks for the advice, I jumped in at the Painted World and realized I had watched tons of people play Dark Souls and discuss mechanics but I had never listened to one person slow down and explain the game before. I’m caught up now but I’ll probably go back to the start too, great LP