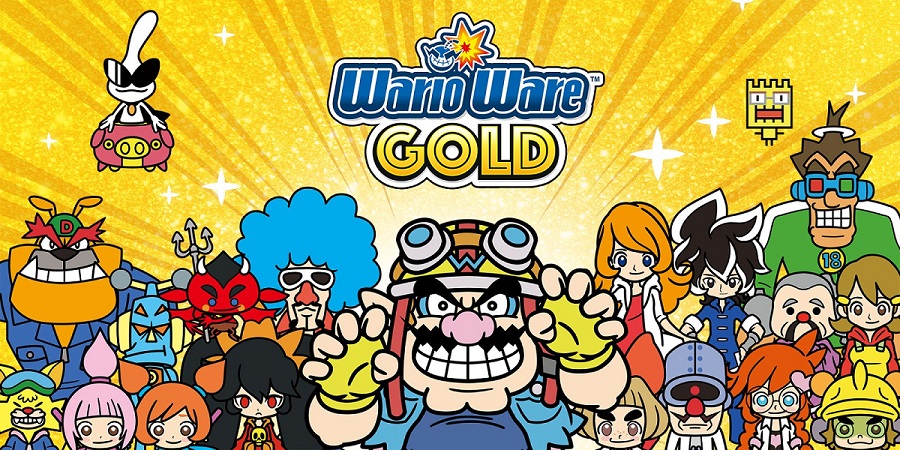 The long-running and beloved WarioWare franchise is a simple idea done expertly: fill a game with hundreds of microgames, minigames so small you finish them in seconds, and surround them with the colorful and wacky hijinks of Wario and his long-suffering cohorts. Gold brings the franchise to the 3DS, combining all of the previous entries’ playstyles and many of their microgames, plus the addition of full voice acting to the properly hilarious story cutscenes. They kept Kyle Hebert busy.

Wario’s Excuse This Time: Having just stolen a golden pot from the village of Luxeville, Wario decides to make even more cash by delving into the tried-and-true well of microgames. He sets up a tournament to attract people and blatantly steal their money for himself, and he has his many “friends” develop even more microgames for the tournament. Sort of. They’re more just doing their own thing, and you help them with their task by completing the games. The game doesn’t try to make it make sense, and it doesn’t need to.
Complicating matters, however, is the appearance of the tiny Luxeville hero Lulu, out to recover the golden pot and kinda just sit around until the final story segment.

JigglyJacob returns as the showrunner, taking Mugiwara Yoshi and myself (ThornBrain) along for an even better ride than last year’s WarioWare: Smooth Moves LP. Warning: commentary devolves into hard laughter a lot.

Robbie Daymond! He does Prompto from FFXV! A good boy. Goro Akechi from Persona 5! A…boy. Tuxedo Mask from Sailor Moon Crystal and a re-dub. A handsome boy~ Mumen Rider from One Punch Man. A VERY GOOD BOY. Spider-Man in some cartoons and video games! He isn’t a boy, he’s a man!

There’s only room for one nice horsey in this town.

The story concludes in much the way I expected, but the LP is far from done.

You can’t be a doctor without a Ph-atDick.

Wednesday will be the final update, and it’s a doozy.

The LP goes out on multiple high points.

Thanks again to Jacob for doing this absolute blast of an LP for us!