WarioWare is a series of games based around playing goofy microgames: minigames so short you complete them in seconds, with a sense of humor so cracked and Japanese they make you question your sanity. Playing as either Wario or one of his colorful cohorts, you complete a slew of microgames to help them complete tasks. 2007’s Smooth Moves brings the series to the Wii and takes as much advantage of the motion controls as possible.

JigglyJacob takes control for this quick, four-part LP. Mugiwara Yoshi, Highwang, and myself (ThornBrain) are along to enjoy the ride. This is not a 100% LP, so there will still be plenty of microgames for you to discover yourself, but Jacob will still go through all of the modes to show how much you can do. God, I love this game. It was one of the few motion control games where I actually did all the stupid motions properly. I mean, sure, you don’t have to actually pose like they say, but why wouldn’t you?

I am delighted to see that the game’s humor has held up so well, even if the animation style dates it firmly as 2007. What a fun game (released only a few months into the Wii’s life cycle IIRC), and a good LP. Also weird how many little details of it I remember even though I haven’t played it in many years.

Your wish is my command.

I always wondered why they dropped, y’know, the whole plot pretense of game development for this installment.

The WarioWare franchise is one of my favorite genres by Nintendo, and Smooth Moves was one of the only Wario Ware games I haven’t played yet (I never had a Wii, and just got a Wii-U when Mario Maker came out)

But this LP is just joyous to watch, I am so glad the group has that same fun as I do with the series, and seeing what they make you do with the Wiimote is so silly.

You need the wrist strap! Wang gets bit by a Minke Whale. 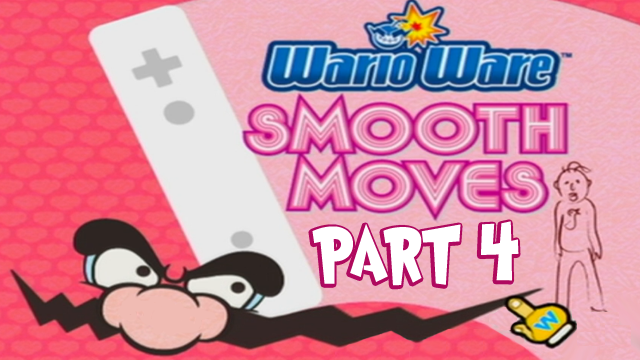 The finale has Jacob explore the multiplayer and create a new villain for a generation.

Thanks to Jacob for hosting this for us, and thanks to everyone for watching!

As someone who played this when it came out, I can agree: fuck the paper stacking game. Also, as someone who has played the Gamecube game, I can also agree, “Listen to the Doctor” is a fun game mode.

Good on you dudes for taking the time to look at a WarioWare game. They’re short, but definitely sweet.

After much delay, I must now ask @dijondujour or anyone else available to archive the thread in Completed Let’s Plays.