THOTH is a 2016 twin stick shooter released by Jeppe Carlse, former gameplay designer for Playdead Studio’s Limbo and Lost. This is the second game he’s released independently from that studio, the first being the platformer 140 in 2013. I don’t have much experience with that game, but it should be clear by just looking at the two games that minimalism is definitely this dude’s forte.

The game itself is a deceptively simple, brutally hard shooter. You have 64 main levels, with a checkpoint every 4 screens. Your only verbs are to move and shoot, with your mobility being heavily restricted whilst shooting. What makes this game really stand out, however, is that enemies not only rapidly regenerate health when not taking damage, but they also don’t disappear when they die. You can shoot through them, sure, but now they’re faster and still just as deadly. 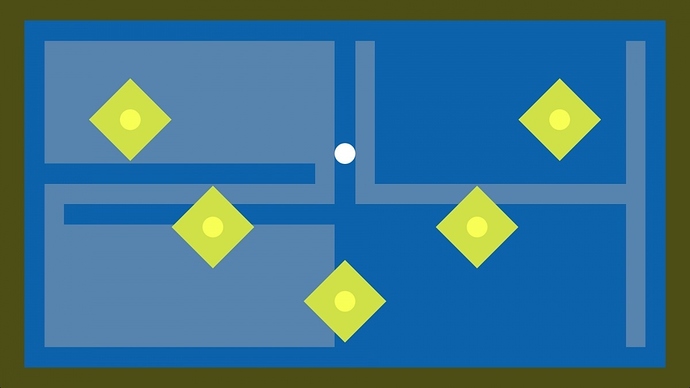 This game’s most impressive asset is its sound design. The music is this really dark ambient techno that occasionally gets a hint of harsh noise every once and a while. I just didn’t think me and my friend’s blabbering over it would do it justice. Plus, you try playing this game and talking at the same time. It’s not pretty (trust me.)

Now this is something right up my alley. Minimalism is one of my favorite artistic choices, but it’s one of those things I don’t see put to good use in video games very often. So, thoughts from video 1:

Artistically, the creator seems to be punctuating with only one or two strong elements - the use of noise and the use of the black void. When targets are “killed” there’s a noticeable hash in the audio track, and “dead” things are filled in with the star field, a clear visual shorthand for “empty, yet deadly.” The audio itself could probably be called … I don’t know, drone? Dark drone? Dronecore? Something in those categories. The art style seems to be slanted toward late 70s Atari games, with the brick-font numbers, the harsh noise, and the pastel color choices.

Mechanically the closest thing this reminds me of is Devil Daggers. The one-shot-kill, constant need to move, and focus on hard targets over number of bullets is in the same vein as that game.

I’m curious as to why the name was chosen, though. Thoth is the Egyptian god of knowledge, meditation, and hieroglyphs. Maybe a reference to the cerebral, meditative state a player needs to be in to process and react to this visual information?

Anyways, definitely on board to explore this some more.

You know I didn’t think about it, but yeah, there are definite parallels between this and Devil Daggers. They’ve even got pretty similar weapon noises.

As for the name, the only other connection to Egypt I can find is the fact that the achievements are named after other deities. I think you’re right on the money with the “meditative” thing. I didn’t show it off much here, but if you die the enemies are allowed to just bounce around forever until you start up again.

Hey yall, sorry for the double post, but I just found out that my new job is gonna be happening sooner than I thought it would. I’m definitely not gonna get these videos out as fast as the other LP (which is also being worked on, close to completion). I just wanted to pop in and make it clear that I’m not abandoning my threads.

Oh wow, this is pretty dang incredible. I really didn’t think it would as unsettling as it was, but the ‘you don’t get a break in the action’ style of gameplay mixed with that ambiance pairs perfectly

You also are really good at this. I just assumed you were editing the best takes per level together takes at the start until your first death, damn impressive

This game looks so well-designed.

This dude is an incredible designer. I’m definitely gonna check out 140 when I’m done with this, cuz Limbo and Inside are two absolutely incredible platformers, and it should be interesting to see him tackle something more classic style.

I might also live stream my attempts to do the last few challenges, cuz hot damn they are something else.

This game only gets harder from here. The next update will probably be a bit less edited than the previous two, just to illustrate how much trickier the last couple of sections are.

The game might have ended, but it’s nowhere near being over.

Lol whoops, I meant to say that then, looks like I accidently replaced it with “Maybe I don’t have as much trouble…” twice.

I’ve got to say, I’ve been loving the concept of the game and was thinking about picking it up, but the “reminder” of the existence of checkpoints only every 4 levels in this last update really made me change my mind.

I can’t get good performances reliably enough to think that I won’t get endlessly frustrated every time I get sent back 2 or 3 levels.

It is a wonderful game to listen to, nonetheless.

I mean, it wasn’t really until this update that I started dying a lot on the levels I had already completed. I can totally understand being wary about ot though, the game is seriously brutal.
Still glad I could do my part in showing it off, though.

The ending was anticlimactic, but the visual/sound design stayed solid throughout. The credits(?) sequence kind of reminds me of the album cover for Street Horrrsing: 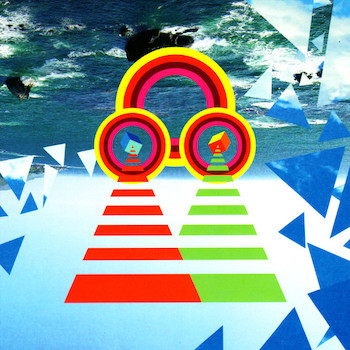 I look forward to the bonus challenges, which I assume are totally easy and no big deal.

I really couldn’t handle this game. Even though dying only means the loss of maybe 2 minutes at most early on, the soundtrack and mood quickly made it intolerable, and I would get extremely frustrated very quickly. It had this weird effect where I’d quit the game, and I would think I had been plugging away at it for at least an hour, and then Steam would update “Played for:” by, like, 15 minutes. It’s bizarre.

You know, I’ve been getting the same thing while grinding out the 16 challange. I’d be plonking away at it, thinking I had been playing for two hours, then I ctrl+tab and see its been 30 minutes. I think the short nature of the levels and the seemlessness of the soundtrack reaply contribute to that.

Alright, after a few more unsuccessful attempts I think I’m gonna do that livestream tomorrow. I just started a night shift job, so I’m not entirely sure when I’ll be up tomorrow, but I’ll make another post when I’m about an hour out from starting. I’ve never done anything like this, so I’m sure it will be a catastrophy

I’ll post videos of the full stream here, plus a highlight video probably.

Scratch that, I’ve got to go in today too (surprise). I’m gonna try it again tomorrow.