Digital: A Love Story is an indie visual novel by Christine Love released in 2010 and set “five minutes into the future of 1988”. It is considered to be Love’s first successful game; a game with an interesting plot, which was positively received by critics in 2010, and central themes of romance and mystery as we delve deeper into the story.

Digital centres on our silent protagonist who has recently gotten the Amie Workbench and their exploration and interaction with various BBSes (Bulletin Board Systems). Our messages are composed automatically for us and implied, but never shown. It’s a short game, between 1 and 3 hours long overall with the story told primarily through text.

This will be a hybrid lp with a mixture of screenshots, gifs and links to the music as well as the messages we receive written out for ease of viewing. My aim is to show off how neat Digital’s story is without you having to sit through me inputting in 30 codes in the space of 2 minutes

Our first job is to choose a screen name for our protag! This will occasionally be seen in how others address us in their messages as they are only able to see our username when interacting with us on the BBSes. 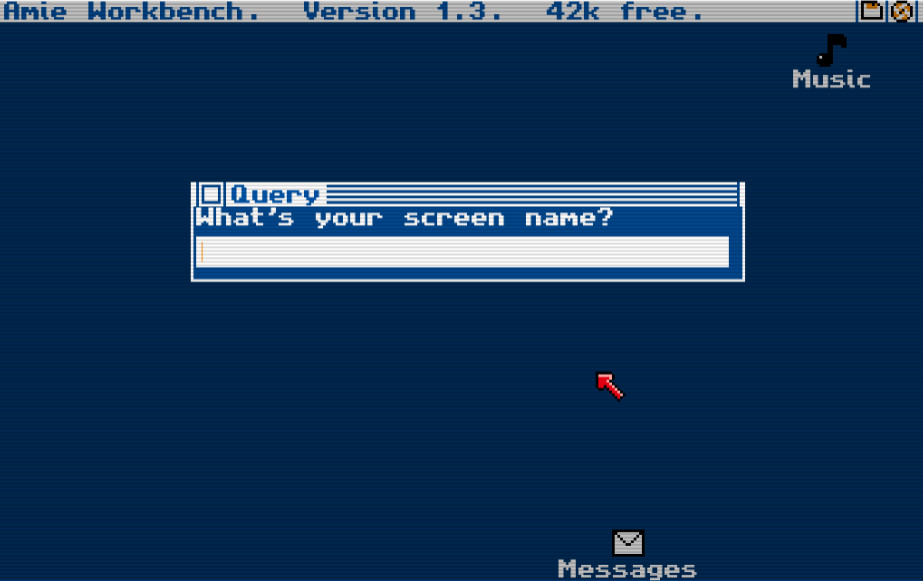 And also our protag’s real name, just for administrator purposes of course 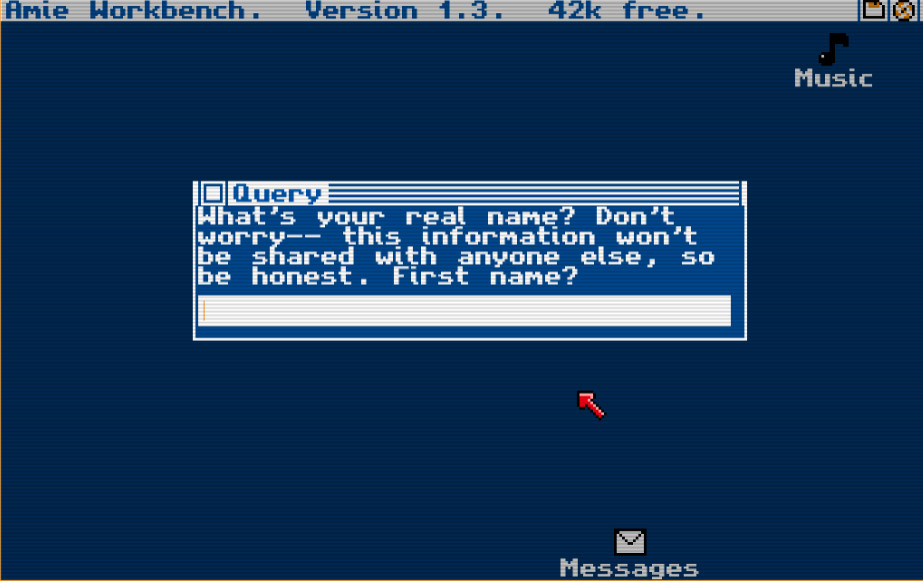 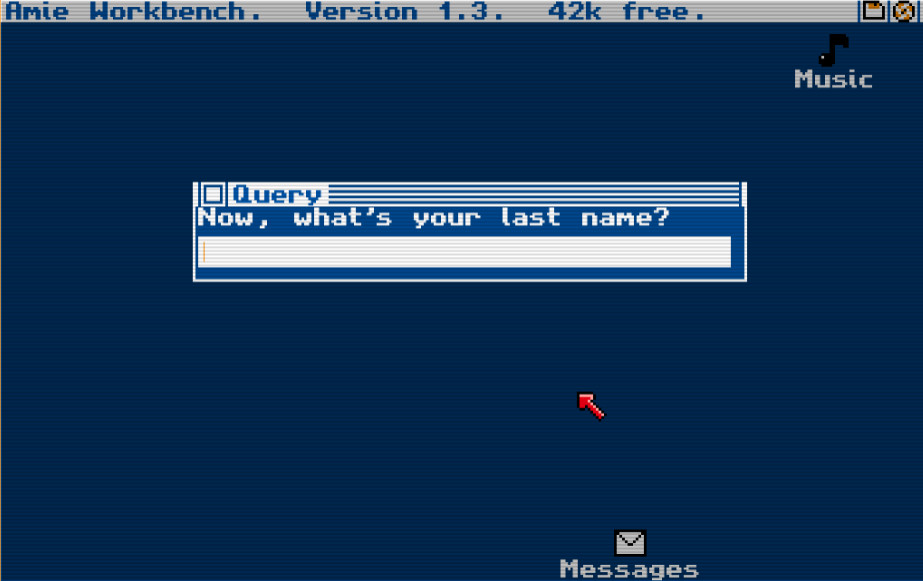 Once we’ve done that, we’ll be free to explore our new Amie Workbench. Please feel free to suggest names for our protagonist

I’m gonna be super duper mature here and suggest that our first name be a/s/ and our last name be l?

(please ignore every suggestion I ever make)

I LOVE this game. It’s probably my absolute favorite out of all of Christine Love’s game.

I don’t have a suggestion but whatever name should channel the essence of this following image: 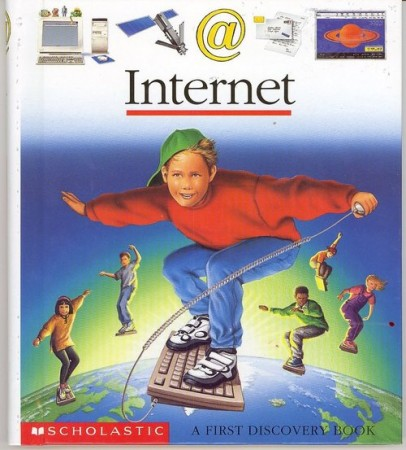 Hmmm, in that vain I do have an actual suggestion, but before I reveal it, I should probably go through the process. Because when I see this image, I immediately think of the classic 1995 movie Hackers. So I’ve gone ahead and taken the names of all the characters in that, and put a number to each of them I’m now gonna take a RNG machine, numbered 1-15, and the first 3 numbers from that will give us our first, last, and username, in that order:

So my real suggestion is: Razor Dickgill Username Joey

If you post your gifs as .gif instead of .gifv it’ll show show up directly in the thread instead of as a link.

Also if you’re gonna have more gifs in your LP I’d suggest using a program that won’t leave an obtrusive watermark. If you need suggestions on what programs to use we have a subforum with many experienced screenshot LPers who can help you out.

@dijondujour Ah, thank you very much - I was unsure as to why it wasn’t showing up directly. I was testing out the free version of the software so I’ll go in and change that today so it looks less obnoxious.

I really enjoy this game as well

@Bearpigman ah asl, the strange greeting that harkens of the early to mid 2000s internet when everyone was saying it chatrooms all the time haha. I love that your RNG suggestion has a real name that sounds more like a username than the username itself

@Waffleman Steve Jobs checking out the competition in computers haha?

) and we were born in 1973. Our real name is Shauna Owens and we are a really cool teen with a subscription to zoobooks!

And here’s the poll, thank you for the suggestions

Is this still happening? I’ve been interested in seeing an LP for this game.