These days I’ve been drawn to games more and more that have co-op (rather than competitive multiplayer) as a feature. Specifically things I can play with friends easily over Steam. I thought it might be a good idea to make a thread where people can recommend co-op games that they have enjoyed over the years (and new games) to help people like me find games to play with their friends.

Some of the games I can remember enjoying include:

just to name a few. While I know games like WoW can be played like this, I’m looking for games that don’t involve having to deal with random other players. I’m also less keen on Rogue-likes. But that is just me! If you had great fun with a game put it on the list!

If you have a game that you’ve loved that doesn’t quite fit the criterion (e.g. couch co-op only, needs a fiddly mod or is early access, console only, etc) post it anyway, just make sure to let people know it has caveats.

I would highly recommend Monaco as a coop game. It can be played with up to three friends and is an absolutely hilarious time. Its a stealth game that expects you to get spotted every now and then, and becomes absolute chaos when that occurs. I still have fond memories of sledgehammering through a wall to rescue a downed buddy, or create a distraction so the cleaner could knock out a guard, or just booking it past security in a mad dash for escape.

Earth Defense Force in all it’s forms are -amazing- for coop and honestly I feel it’s where the game truly shines. For those not aware, EDF is a series where you play as humans defending themselves from a B movie science fiction alien menace, be it giant insects to wobbly bipedal death laser robots all the way to big ole’ honking good old flying saucers and totally -not- licence infringing kaiju. The game is amazingly cheesy, full of fun engine quirks, and it’s not afraid to throw -massive- swarms of stuff for you to mow down.

EARTH DEFENSE FORCE 4.1 The Shadow of New Despair is available on Steam and it’s a blast and it’s a miracle the netcode is so solid. You can all play as regular army blokes shooting rockets and spraying machine gun fire down into swarms of ants, spiders, hornets and all other varieties of insects and robots. Or you can diversify with different classes, including one that allows you to spawn in ‘helpful’ vehicles and pickups, one that lets you be a flying paper thin plasma wielding death machine, or a giant hulking armor suit who specializes in gigantic swords/hammers and long range artillery. 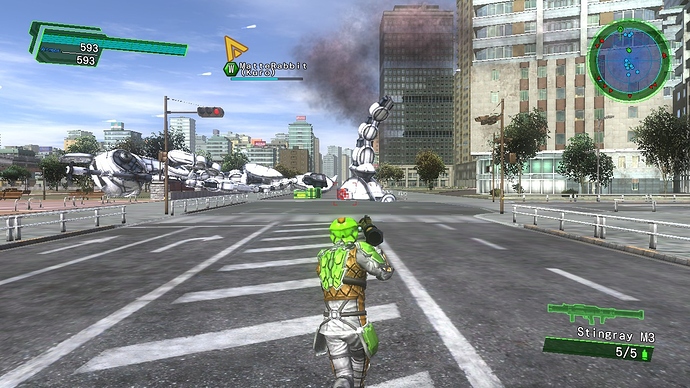 The game really shines in that some weapons and even the Ranger class -require- teamwork to really shine. Giant rocket launchers/artillery that need another person to laser target an area, or a four person capacity manned mech all controlling different armaments. 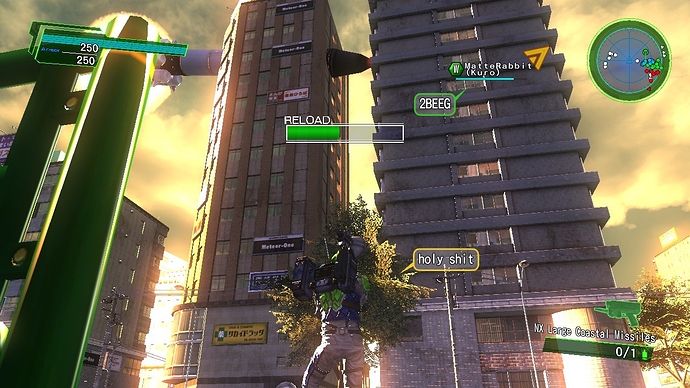 Nothing will ever go to plan, and a chunk of the weapons/vehicles are situational at best and worthless at worse. The AI buddies are horrible and at times genius in how often it’ll catch a rocket meant for a bug and fling you off a building, the ragdolls don’t know what to do with themselves and will actively block your shots, and the game doesn’t concern itself with the little things like “framerate” because it will throw at much crap as it can in the field just to see what sticks. The voice acting is stilted and hammy in a way that doesn’t seem like it could have been entirely on purpose. 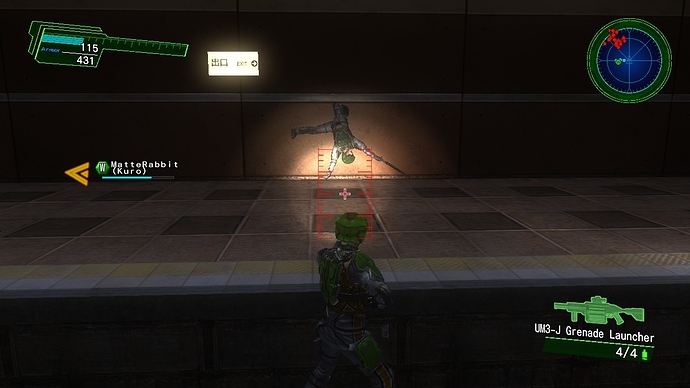 All in all it is, and I am being so very serious right now, is the most genuine game I’ve played in a long long time. It doesn’t want you to care about the story, or the big blown up textures, or the minutia of things like depth and the coughing sputtering sound the in game engine makes as it tries to keep up with everything. It’s a game where you shoot bugs with friends, and try not to die with laughing as you get eaten, blown up, plasma’d, set ablaze, skewed and webbed. It’s a game that truly -knows- what it wants to be, and that’s a big rip roaring good time no matter the outcome. 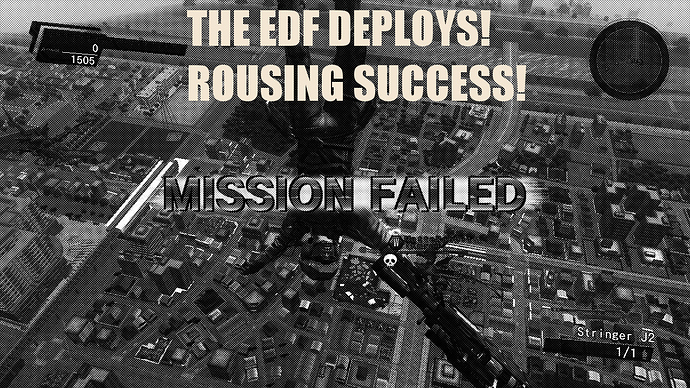 All right let me rundown a few couch co-op games I got (and played) on steam:
Roguelikes:

Don’t Starve Together is great with really any number of friends, it’s a Survival game where you and your pals, well, survive! I dunno how to describe it honestly, Don’t Starve is kind of the paragon of survival games in my opinion and DST is Don’t Starve, but with multiplayer!

Don’t Starve Together is great with really any number of friends, it’s a Survival game where you and your pals, well, survive! I dunno how to describe it honestly, Don’t Starve is kind of the paragon of survival games in my opinion and DST is Don’t Starve, but with multiplayer!

I had a bit of a poke around very early on when it was in early access, has it expanded much since then? I feel like when I played it had the same problem as Rust - you gather things to build things to let you gather things to build things ad nauseam to no real end… where something like Terraria had bosses to build/vary the challenge, even if it lacked an “ending”. I also remember one season change where something spawned and pretty much instantly destroyed all of our base with impunity and that wasn’t really fun.

I really need to rope some friends into Don’t Starve Together one of these days. The game strikes a really excellent balance between like gameplay abstraction and really demanding survival mechanics, and there’s a lot of potential in there to get into weird shouting matches about fire safety or whatever.

I dunno when you played in EA, so potentially it was before the Reign of Giants content, in any case though there’s definitely been a lot of expansion and there are a number of bosses. That being said honestly the way you’re talking about an “ending” here and the central gameplay loop kinda makes it sound like you just sorta don’t really enjoy the genre - like Terraria has a couple of survival elements but it’s honestly really not an actual game about surviving, which Don’t Starve is. Like dying is an inevitability when you’re new - the appeal lies in learning from mistakes and to an extent the trial and error of the things you can’t predict and then trying again with newfound knowledge and doing better. The “ending” is whenever you feel satisfied, whether that be from successfully surviving a whole year, or within custom challenges or whatever goal you happen to set for yourself.

If having to restrart is implicitly unejoyable to you then you aren’t gonna like Don’t Starve. It’s like trying to get into Dark Souls if you find difficulty frustrating, or a classic Sonic game if you really dislike the trial and error part of learning a stage. I don’t really have an alternative recommendation for you that’s specifically Terraria-like though, it kind of teeters on the edge of a couple of genres and everything else I’ve played similar is basically just Terraria but-worse. I’ve heard Starbound has improve a lot over the last few updates though.

Lost Planet 2 is extremely fun in co-op, especially when it gets to the mission with the giant railroad gun that you have to manually load shells into and shoot a massive “Category G” monster with. You can have your friends do different roles like shooting the monster to weaken it with little gunner heli vehicles or cooling down the gun to repair it. There’s a later mission that’s basically the same but with a big fuckoff laser cannon that you can charge by shooting thermal energy (which you pick up from killing enemies and from little thermal chargers) into.

I got recommended and gifted Helldivers relatively recently, it’s this twin stick shooter that heavily encourages cooperation with your friends and strangers alike (otherwise your and everyone of your allies efforts will fall apart quickly). It’s a game where you play as a Helldiver sent from Super Earth, which just brainwashes people with it’s “managed democracy” into being meatbags to further war efforts against three other alien species that want to end Super Earth for one reason or another.
They mix up the normal twin stick shooter stuff with Stratagems (pretty much powerups you can call to aid you and your teammates), upgrading weapons and perks, and a very strong love for friendly fire, so none of that going around shooting through your best friend to get that giant antlion charging at both of ya

i’m gonna guess depending on your composition of friends and playfulness, this can be either very amusing or frustrating, and thankfully it was the former for me