The Build engine was written by Ken Silverman in 1994 and has gone through several major enhancements from its initial version. Ken wrote a game named "Ken's Labyrinth" in 1992 which he sent demos of to several games companies. One of those companies was Apogee Software. Apogee wasn't interested in the game but they were interested in the engine. He later started writing a demo named "Build" in 1993 which he also sent out to several companies. Apogee offered him a contract to write the Build engine for them. From JonoF's website

The engine is best known Duke Nukem 3D, but it went on to be the most successful engine until it was beaten by Unreal.

I'll be playing a fairly arbitrary set of games. There are too many games on the engine for me to make videos of and I don't even have most of them. Commentary will be fairly casual, but I'll drop in information on the games as well.

It was the 90s, and some of the humor is less than ideal. Let’s not dwell on it more than we have to.

That said, heed the

Good you asked, hypothetical reader, you absolutely can! If you want to commentate, just contact me on Discord (Tomawis#9606).
You can submit your own videos as well. As I said, I don't plan on making videos of every single game on the engine. Just post them in the thread and I'll add it in the OP. If several posters want to play the same game, try to share.

Finally, mods are welcome too. You can even plug your own work. 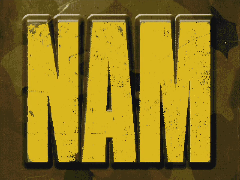 :siren: Gore NAM (NAPALM in Walmart) is a attempt of a realistic game in the Build Engine. On the box it promises "The first all-action 3D shooter to realistically bring the Vietnam War to life." If someone has the manual, please post it in the thread. 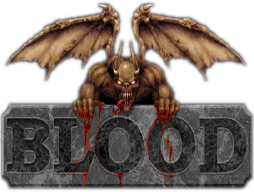 Gore, a lot of it
Blood is a dark, Gothic horror themed game. It stars the undead gunman Caleb, who rises from the grave to raise hell. Expect cultists, zombies and morbid humor.
This time I’m joined by Word on the Wind.
Part 1: Episode 1-1
Part 2: Episode 1-2

:siren: Gore, Asian stereotypes, sexism Shadow Warrior is insanity with ninjas and over the top violence. Even though it technically isn't a Duke Nukem sequel, I'd still describe it as such, with inspiration from anime and ninja films.

Raw stream available on my Twitch.