Jojos, yokai, and all that other nonsense - NK Draws Stuff

I guess this is a place where I can dump my art so that’s fine with me.

So yeah as the title suggests I like to draw JJBA art but I’ve also been stuck in the Yokai Watch zone so that’s kind of a weird mix. I’ve gone as far as naming my yokai after Jojo characters but that’s a different story.

Unfortunately… my Jojo art is very Stardust Crusaders centric with an emphasis on its villains so if you’re not big into that then I’m… I’m sorry. 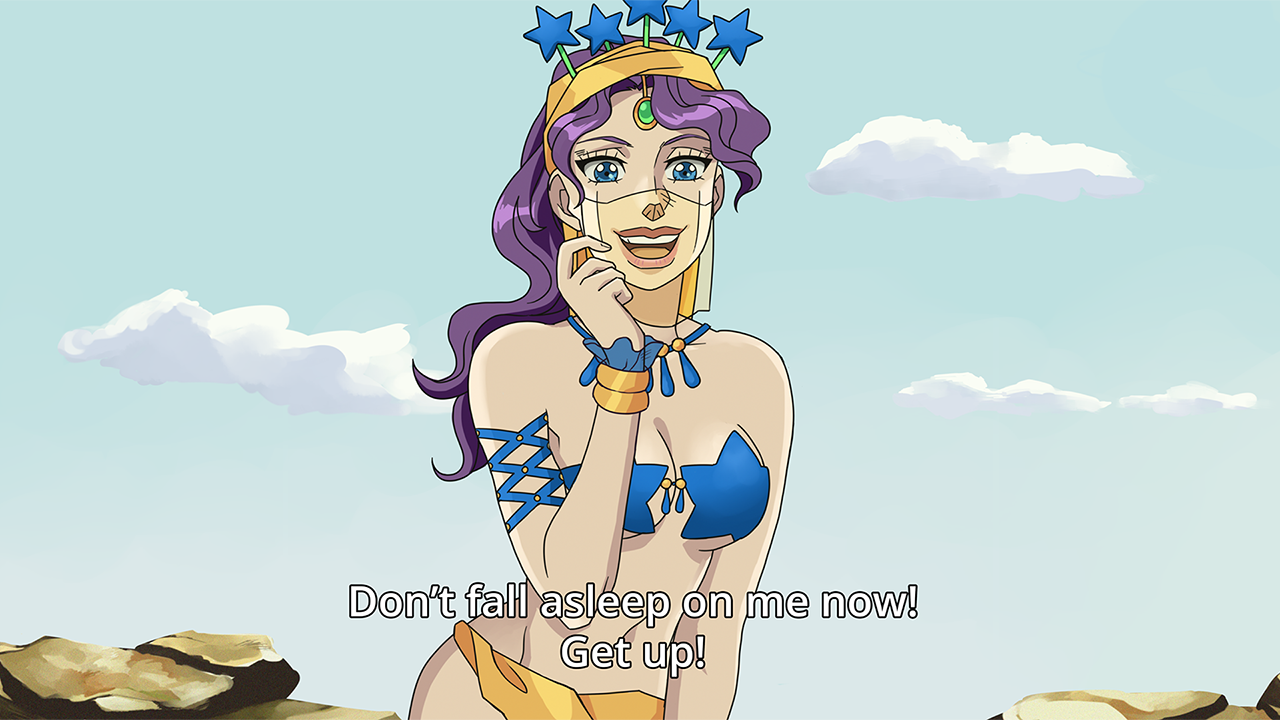 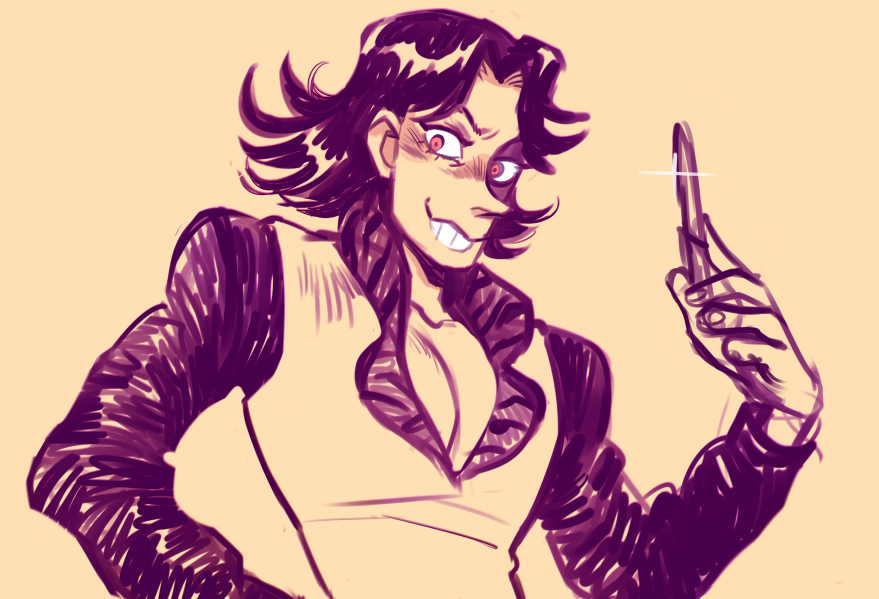 Something silly between Arabia Fats and FF. 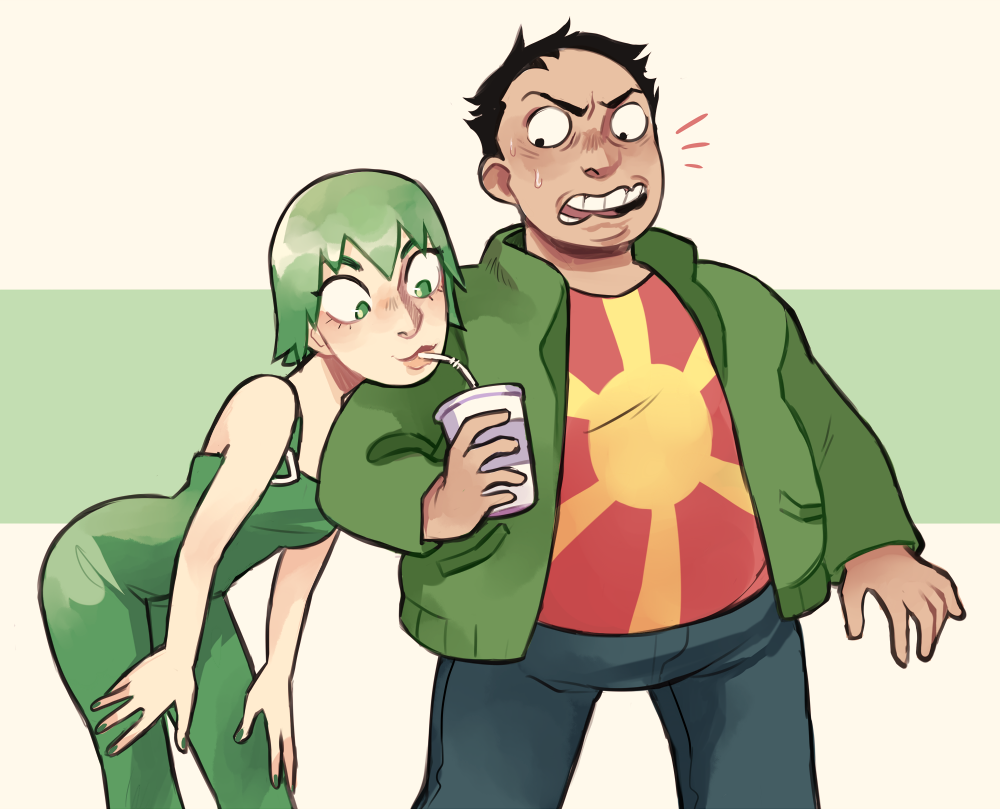 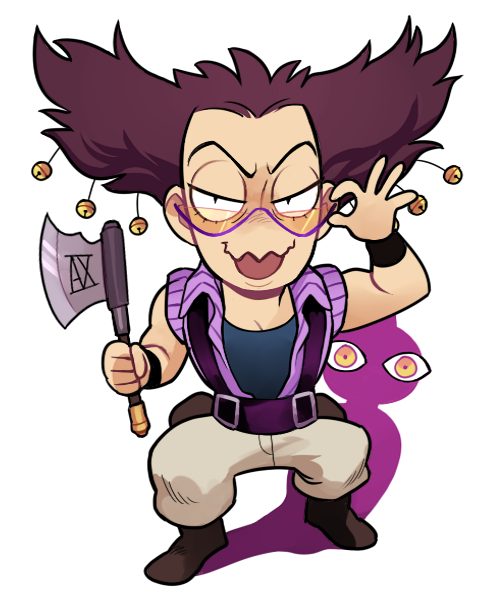 I also have a fancharacter because of course I do. 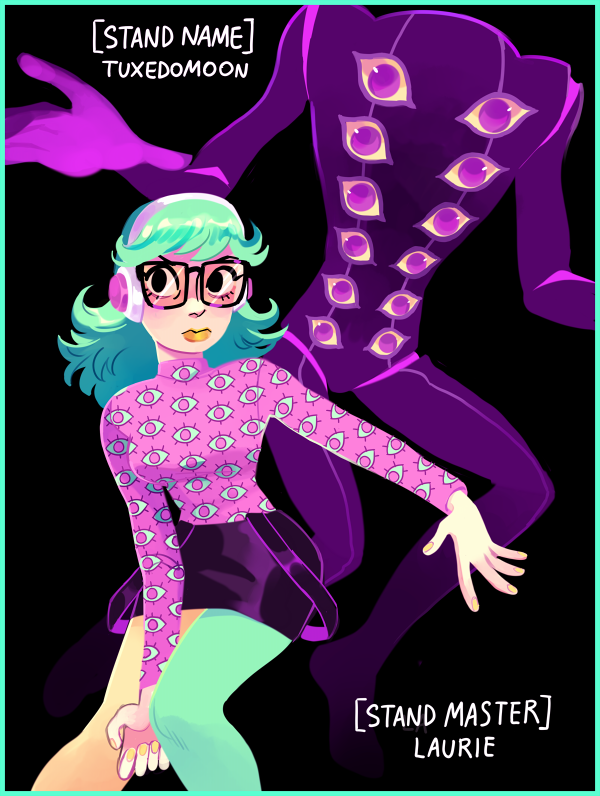 This is pretty rad as hell. That’s a damn good Steely Dan, and F.F is probably my favorite character so yes please.

Aww well thank you! Here’s a quick FF for ya. 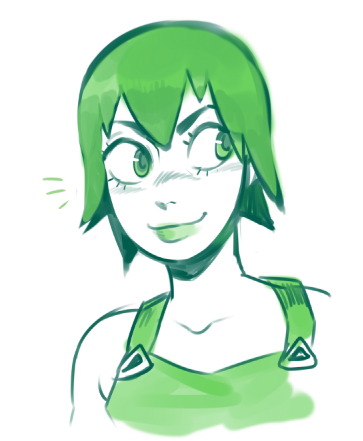 Steely’s tons of fun to draw. He’s in the pile of characters I enjoy drawing and it includes Midler, Alessi, and Rubber Soul tbh.

There’s a lot I wanna fix on this but I made this Alessi illustration a year ago for a villains of Stardust Crusaders artbook that was cancelled without anyone ever telling me. 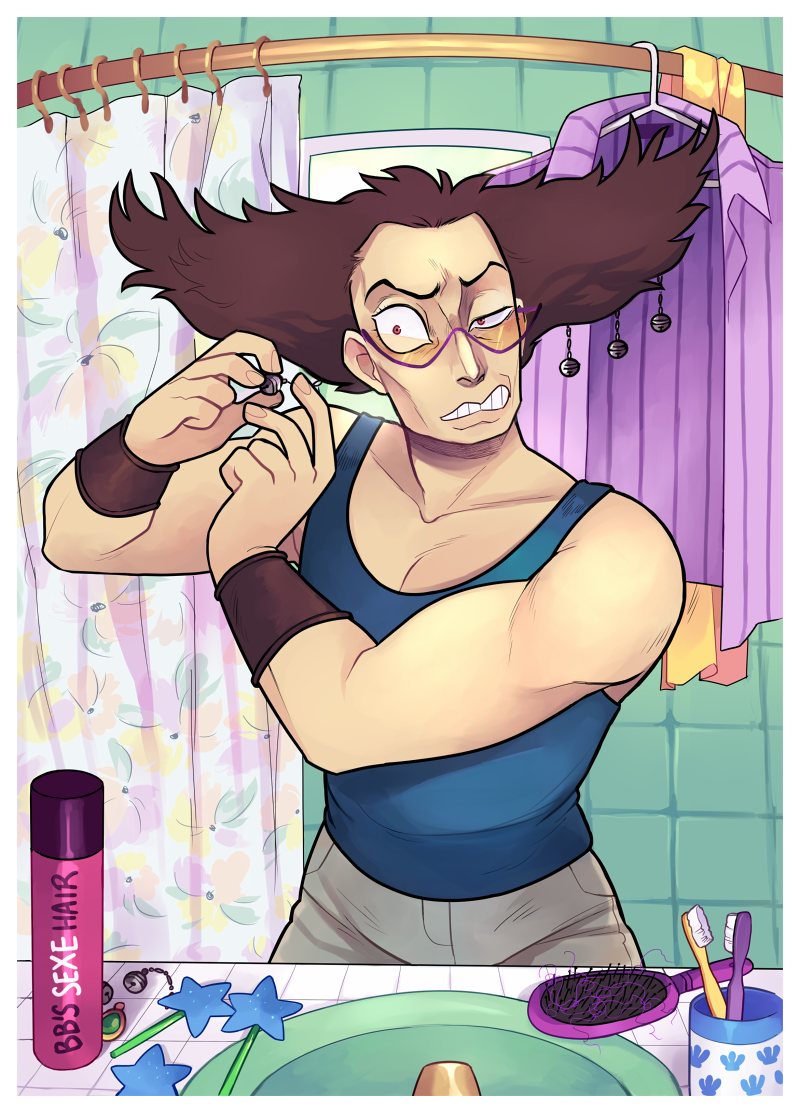 The joke is that the main guys in the Japanese version of Bobobo-bo Bo-bobo also voiced Dio and Alessi. 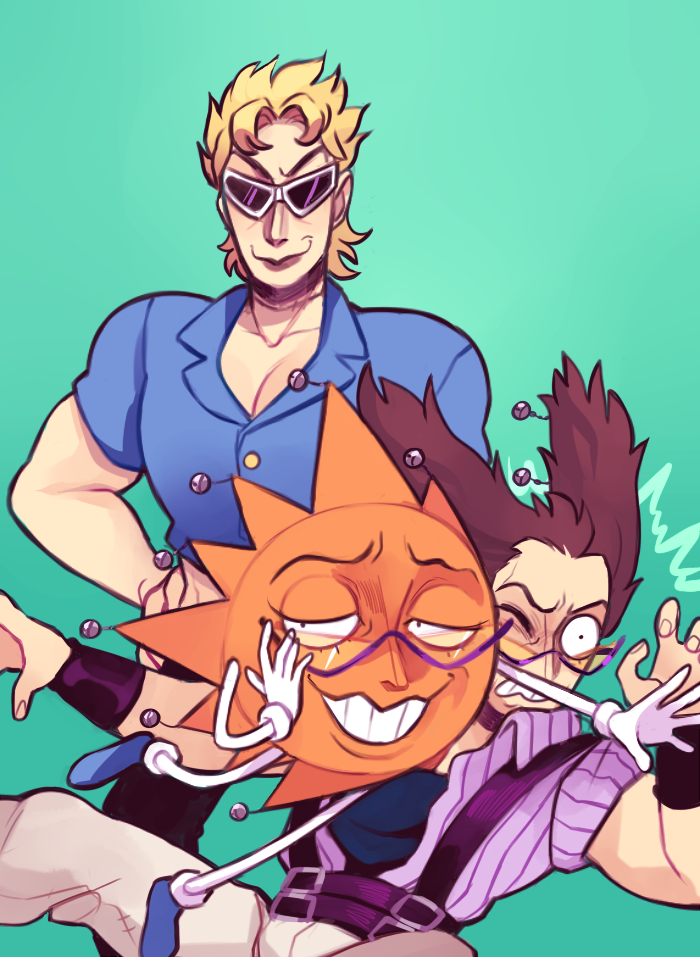 Mariah can be fun to draw as well. 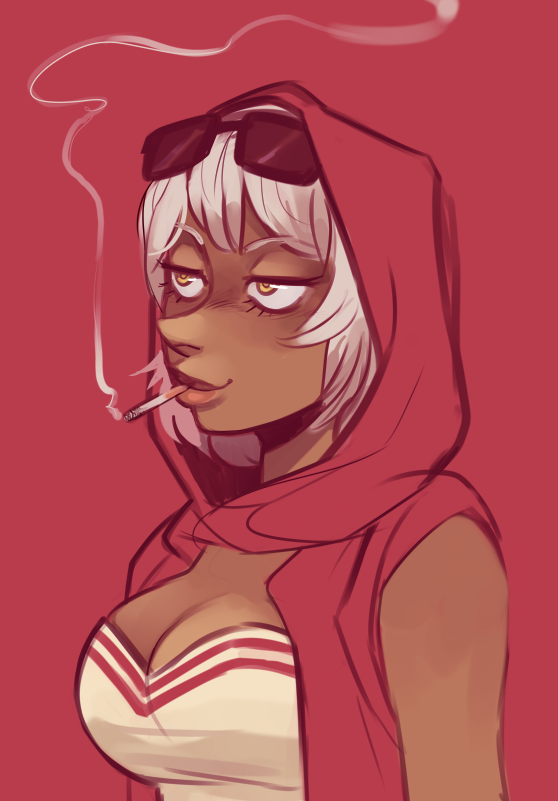 As for non-JJBA stuff tho… I’ve been drawing a bunch of Yokai Watch stuff so I might as well share my icon which also happens to be my most recent finished picture. 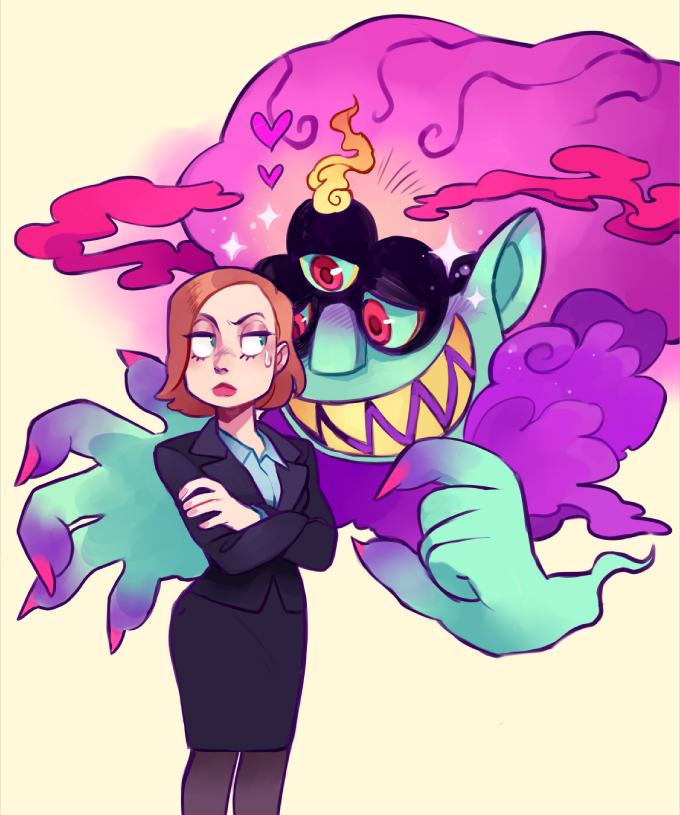 No, that’s not Scully. Her name is Kakully and she’s an agent from the FBY in the 3rd game it’s different.

Ah, adorable. I love me some gun finger girl. That is some fantastic Bobobo art too. Mariah is one of the cooler villains, and you do her quite well!

I love how blatant Yokai Watch is.

Yokai Watch is super blatant, especially the 3rd game, and I love it.

I had a dumb idea for a lady dating/marrying a Tenome. 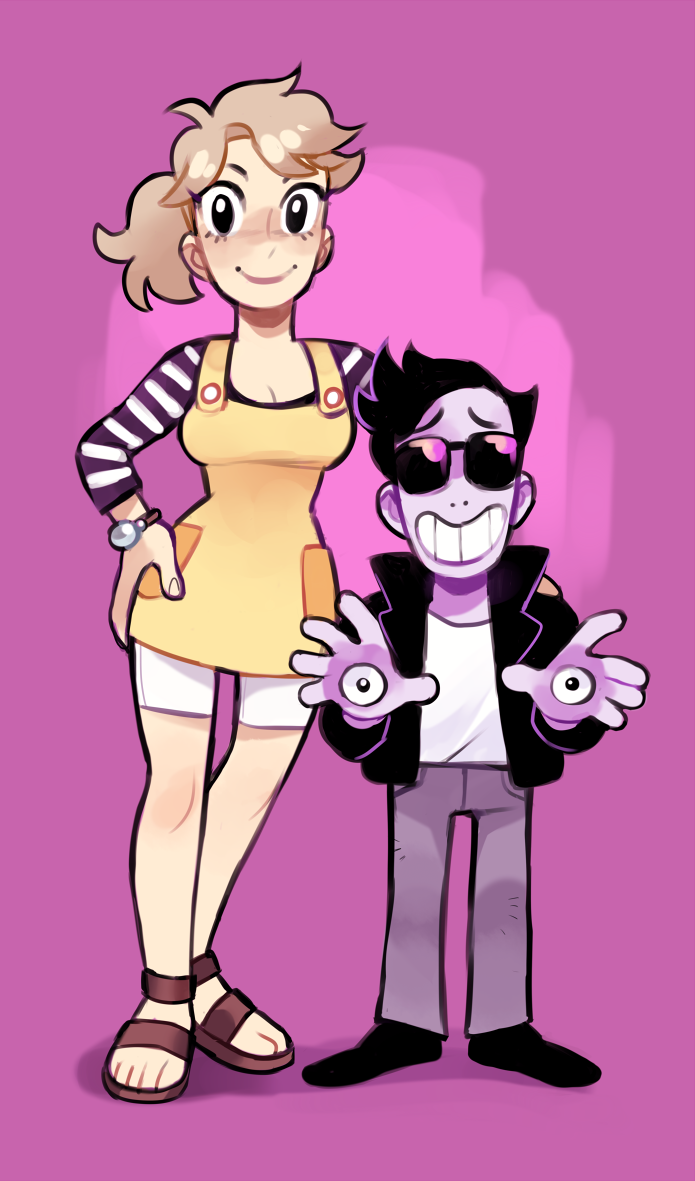 I’m just waiting for the day 3 is localized if ever. 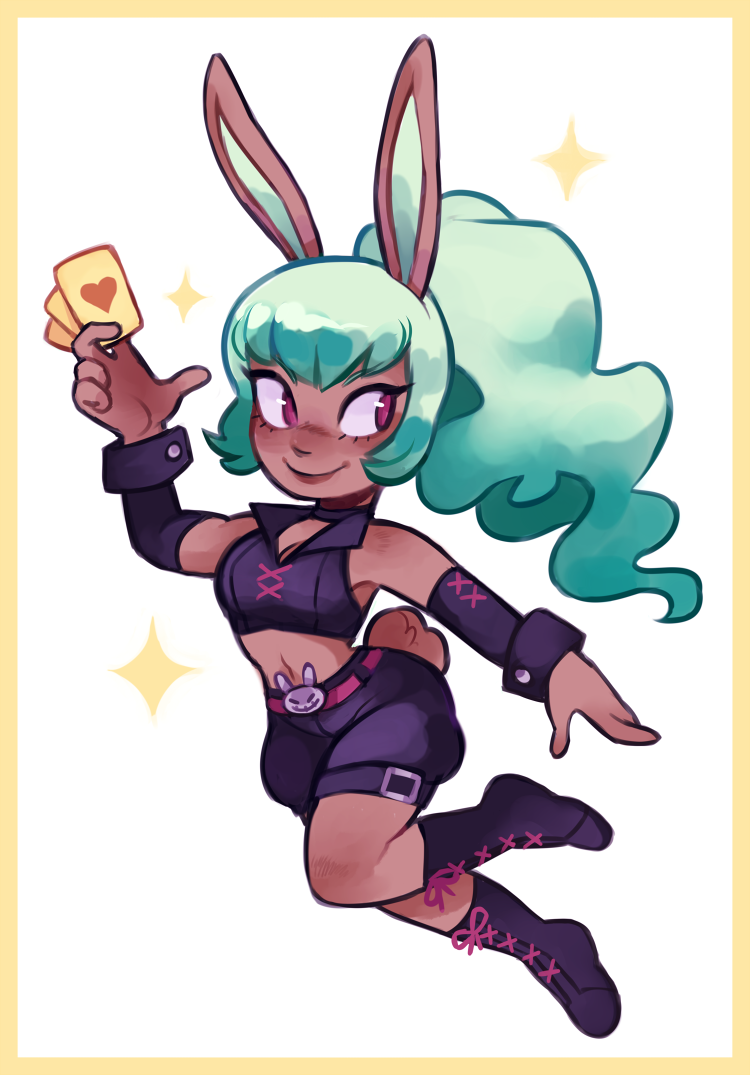 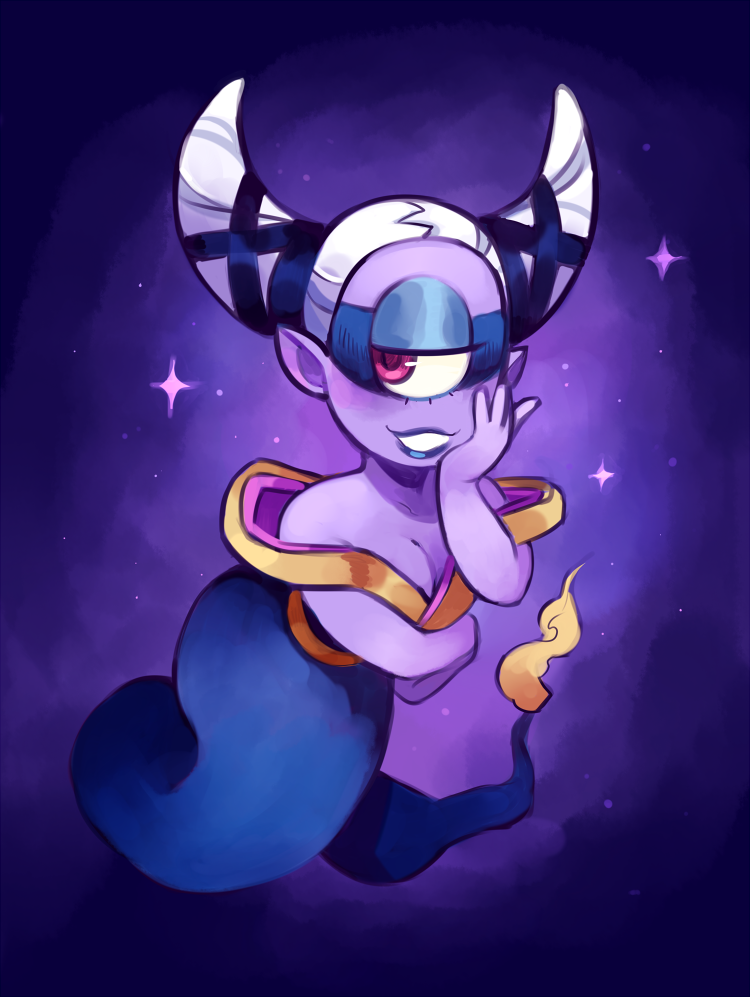 A Kaiji I’d drawn for a friend’s birthday last year. 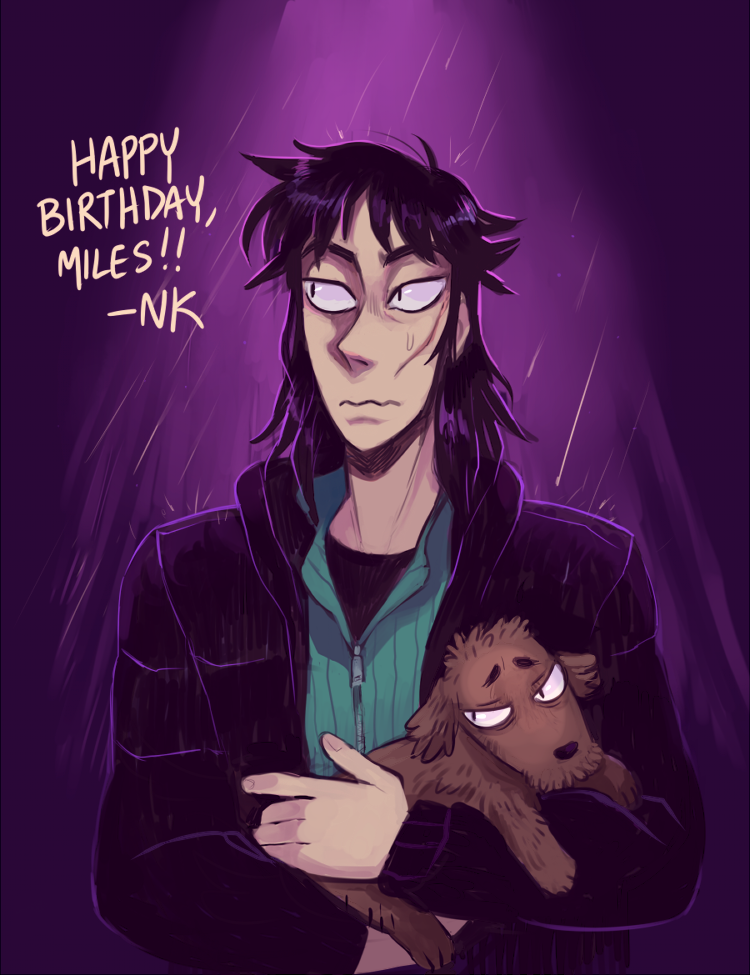 And the only good Diamond Is Unbreakable thing I’ll ever draw. 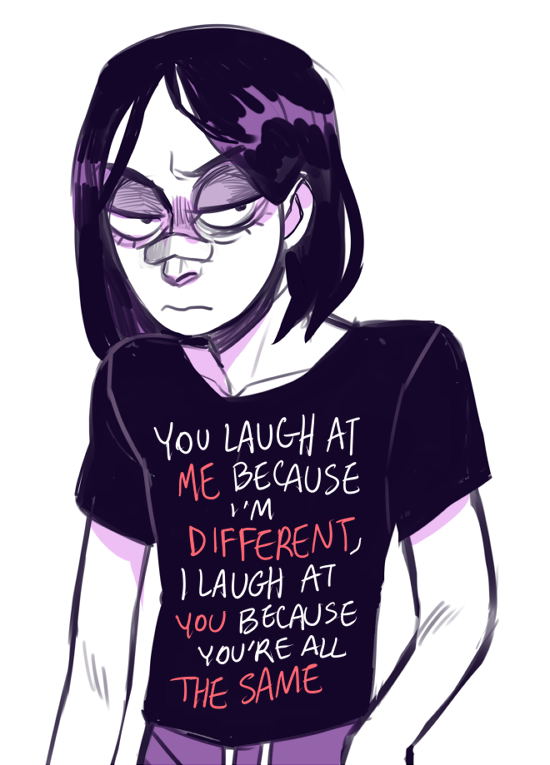 Oh boy, I super like your art!! Really cute and nice color palettes.