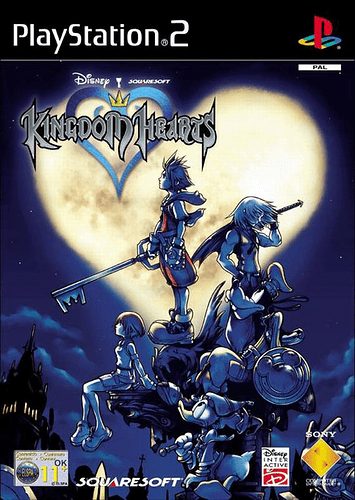 No doubt plenty of you have already heard of this series, but just incase, this game is the first in a series of games that are mostly a crossover of Disney and Final Fantasy. The first game is pretty much simple and easy to follow, which is what this LP will be about.

Why the original PS2 version and not the Final Mix or PS3 HD remix?

Well, I don’t have a PS3 or a capture card, so the HD remix is out. While a translation patch for the PS2 Final Mix version does exist, it’s very buggy and can outright lock you in certain places. Plus, there are quite a few changes that Final Mix does that I don’t like.

EDIT: I have however managed to find a version of the PS2 Final Mix English patch that doesn’t break the game, so after part 5, we will be switching to that.

Why not play on the hardest difficulty?

I’m not very experienced with this game compared to later ones. As such I’ll be playing on Standard difficulty so that I can keep up a steady pace.

So why are you doing this LP?

Well, the Kingdom Hearts series is one of my favourite series of games. Mainly for the gameplay. I don’t really have much of an opinion of the overall story. It has been a long time since I’ve LPed a game that I like though, and I thought that I’d best start with this one, what with the release of 2.8 and the (unlikely) release of 3 in 2018.

So how will this LP be done?

This is going to be a post commentary LP, done with my friends Swari, Handell, and Albis. It won’t be a 100% run, because I don’t fancy grinding for synthesis materials. I’ll be showing off all of the optional bosses that this version does offer. Post commentary makes it easier to edit out any spoilers that my co-commentators and I may say, and around my lack of skill at the game, like this: 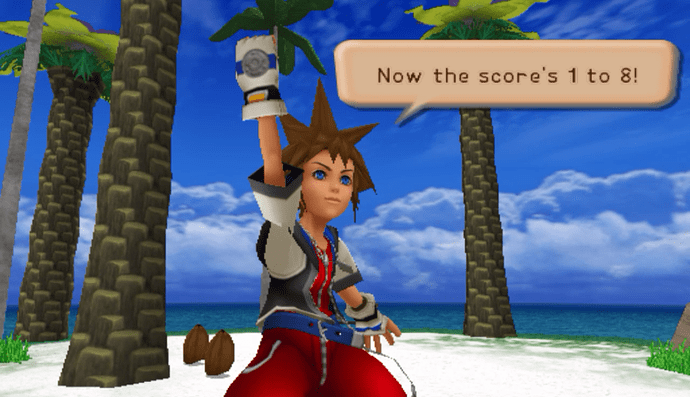 RULES FOR THE THREAD

No spoilers for this game and especially for future games. While this game has been out since 2002, some people still won’t know anything about it, so keep anything that happens in future games to yourself. We are going to try to not spoil anything in LP itself. Keyword being “try”.
Also, only talk about a plot point in this game if it has happened in one of the videos. No discussion of plot points that have yet to happen in the LP itself.

Other than all that, hope you enjoy the LP!

This is a series that I’ve always wanted to get into. I’m a Disney fan and I’m currently replaying some old Final Fantasy games. However the series’s reputation for having a spectacularly convoluted storyline has always kept me away.

Looking forward to seeing it with commentary to help it make sense.

Remember the stupid shit that you had to do to get that SUPER COOL KH2 TRAILER THAT HAD NOTHING TO DO WITH KH2 ???. Yeah, me too. I need to pick up a copy for my PS4 to play this again. Lord knows I don’t want to play KH3 but I’m going to anyway.

when i was in school my best friend was nuts about this game. I’m gonna enjoy being able to finally see what actually happens in it

Not a fan of Final Fantasy or Disney franchises!

But considering the cultural impact & general praise, it’s probably something I should experience, so I’m excited to watch alongside a fresh, spoiler-free LP. Your cast with light-hearted & informative commentary will definitely keep the videos entertaining, even if Kingdom Hearts ends up being a game that’s not for me.

Glad you’ve all been enjoying it so far. And now, here’s an update: 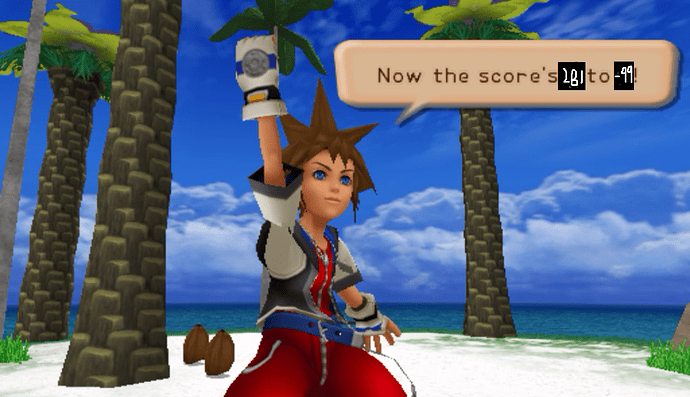 In which I edit out more spoilers, and our main characters attempt to ditch the Final Fantasy characters by building a raft

I dread the day I do an LP with Handel simply for all the spoilers I’ll have to edit out. Still, it’s a fun ride so far and I’m looking forward to more.

Snape[/spoiler] is the sled and [spoiler]ghosts take over the world.

One thing I forgot, in the next part we’ll need to name the raft. So please submit your best raft names, and I’ll pick the best one. If there is one.

This raft deserves only one true name. BOAT.

Just a heads up, the next part will be coming out soon. just had a few delays due to real life problems recently. After the 5th part, I’ll be switching over to the Final Mix version of the game, as I found a working English version of it recently. So look forward to that.

After some delays, here’s the next part: 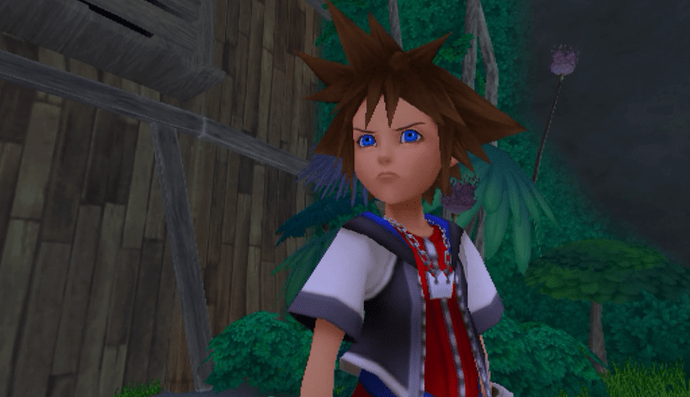 In this part, we finish up Destiny Islands, after a tough race, brilliant boat naming, exciting fishing action, and some darkness I guess.

P.S: You’re all bad at coming up with Boat names

Yes, we’re the ones bad at coming up with boat names.

Sorry about the long delay between this part and the last one. A lot has happened since then. Anyway, here’s the next part: 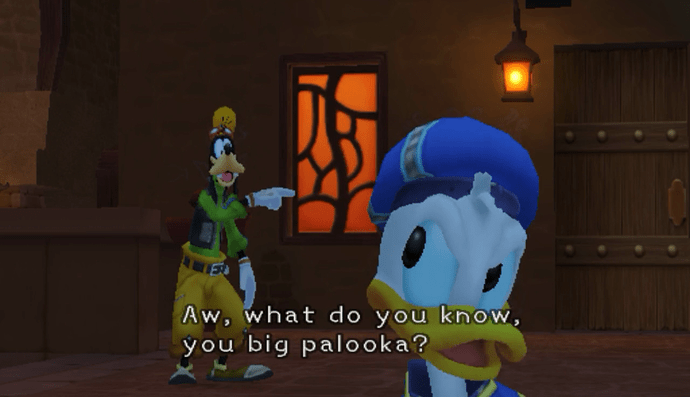 In this part, we watch a man lose his heart, someone gets sent to the future, the emulator screws me over again, and I have to edit out Kingdom Hearts 358/2 days spoilers.

It’s just not a good episode without at least one instance of edited out spoilers.

Ok, I managed to get the Final Mix version of this game working, so here’s the next part: 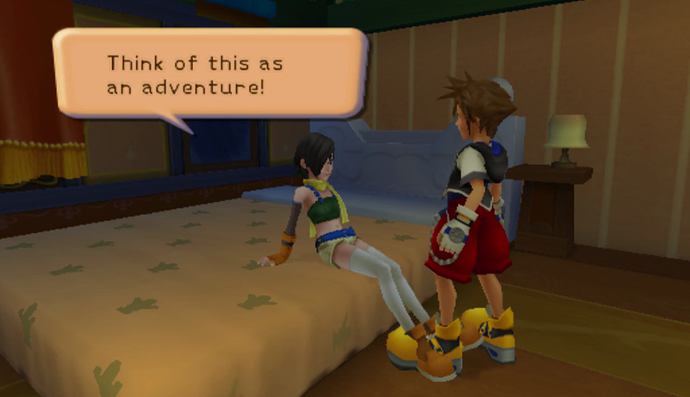 In this part, someone spoils Final Fantasy VII, and our heroes get together at last,

All parts after this will be done in the Final Mix version of this game, so look forward to that.

I swear this LP will be done before Kingdom Hearts 3 comes out. Maybe.

And now it’s time for the Final Mix version of Kingdom Hearts 1, with a trip to Wonderland: 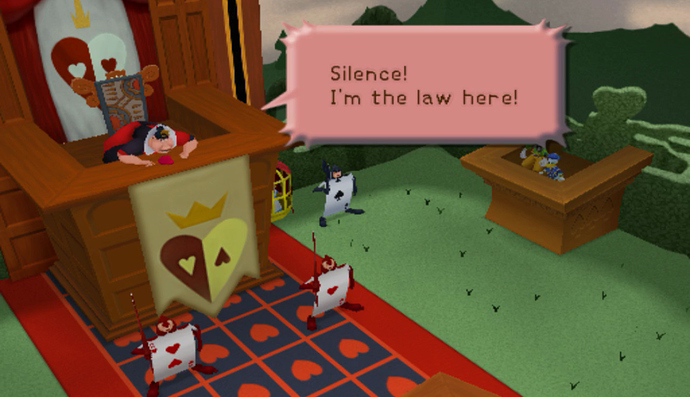 In which it turns out Miles Edgeworth has a keyblade, legal proceedings involve a game of 5 Card Monty with boxes, and I totally don’t make up a bullshit theory as to why they can’t meddle.

Just wanted to say sorry for the delays, I’ve been going through a lot of trouble with depression and getting diagnosed with Peripheral neuropathy in my arms and right leg.

But in the meantime I’ve taken up Kingdom Hearts 2 speedrunning, the Data Organization XIII fights to be exact, and I’m not gonna let the condition I have in my arms get me down. You can find the videos of these here