I think that I shall never see, a thing as nasty as this tree: Let's Play Darkwood!

Content Warning: This game features some mild pixellated gore, disturbing images (disturbing as in body horror/gross, no rape, no sexual assaults), and general horror. Probably some of at least one of those every video.

Say, friends, anybody interested in, for whatever reason, a spreading plague, the feeling of insecurity in a dark insecure world? Normal behaviors and institutions being subsumed into a chilling new reality? Hey, me too! WHAT A COINCIDENCE!

Since we’re all on the same page because of Recent Events, let’s explore them feelings in a Let’s Play of the excellent crafting survival horror game DARKWOOD!

I really, really like this game for the atmosphere. My main squeeze, genre-wise, is ‘weird horror’, and this game is about as far on the “horror” scale as I like to go. It’s probably halfway between H.R. Geiger and Lovecraft, tone-wise, and obviously set somewhere in potato Europe (as opposed to tomato Europe).

There are some story choices that I’d like feedback on which way to take, feel free to ask me to show off any crafting stuff I don’t get around but… even more than that, what I’d REALLY like is to talk about game design.

I like this game a lot, but that doesn’t mean we can’t spend some time trashing it, or dissecting it to see what’s good and what could be better.

I think you’ll enjoy this romp through a terrifying hellscape of a forest. I know I did! Friends all, Let’s Play.

OK, bit of an early update (1 a week is still my goal!) because I was raring to go.

We’ve got a DOUBLE VOTE following this episode, folks. I’ve put the vote in spoilertags, but don’t feel the need to spoiler your actual vote - I just want people to be able to click the link in this post without immediately seeing what’s coming up!

Likewise, at the very beginning of the next update:

Eagle Eye - “I can see further”

Moth - “Once a day, I will be able to heal myself by standing next to an electric light source.”

Navigator - “Once a day, I will be able to learn my current location on the map.”

Mushroom Healing - “I will be able to heal myself by eating mushrooms.”

None of the above - Pick this if you think the mystery downside is not worth it. Or if you, uh, think that injecting ourselves with red mushroom goop is for some crazy reason a bad idea.

NOT all of these are created equal. At ALL. But who knows which is which? Take your best guess, and I’ll manage with what you chose!

So it looks like (based on SA voting) we’re going to TRUST THE WOLFMAN, SORTA (please ignore the previous video), and take EAGLE EYE, and later MUSHROOM HEALING.

We have a goal, which is to break out of the DRY MEADOW and into the SILENT FOREST.

But we’re just some nerd with a board right now. We need to PREPARE. And have WEIRD DREAMS. This video will (mostly!) complete our dealings in area one - it’s more edited, but everything I cut out was just me walkin’. Enjoy the manifold delights:

Ohhh, we’ve got some big fish to fry today, folks!

But we have justice on our side, and, SIGNIFICANTLY more importantly, BEAR TRAPS.

I’m gonna go see wolfie after this is done (next video), but we’ll have really three directions we could go from there, and I need consensus! Do we:

Go find the village wolfie was talking about

Go see this “Piotrek”, whose house was marked on our map

As always, don’t feel the need to spoilertag your votes, I just put them here so people can watch the video first.

So! The overwhelming vote for was EXPLORATION.

I could have either made that one long video or two shorter ones, and the first night after exploring north of our hideout was so… well, watch, that I wanted to end a video with it.

(needs a few to process)

We’ll have QUITE A FEW options once we’re all done with exploration, as well as picking a new skill!

Please let me know what you’d like to do next, after next video’s exploration (feel free to either suggest the next step, or rank the order you want me to do these in):

As an FYI, in order to sell stuff and get some loot that doesn’t involve any quests, but is just on the ground, I’m going to GO to Wolfie and Piotrek’s locations, but I’ll edit those out and put them in once we’ve decided to do their respective areas.

ALSO: we’re getting enough essence that we’ll be getting another skill AND we have to choose a negative skill to go with it! 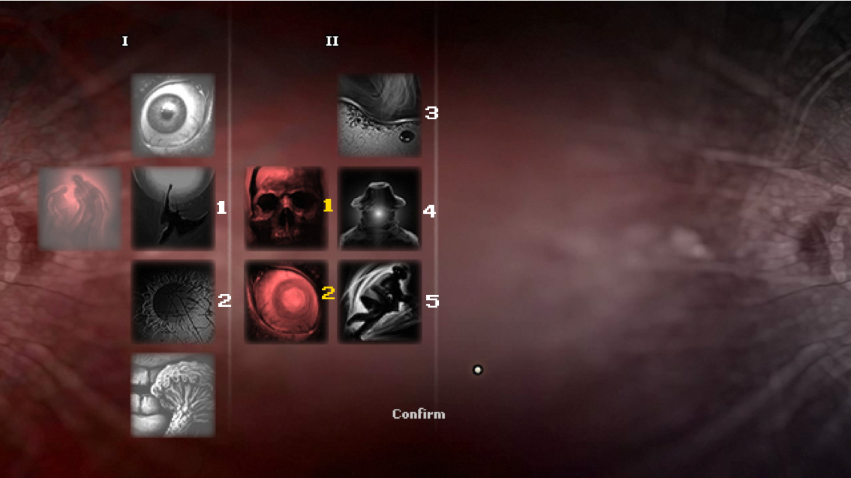 Assuming we elect to take another trait, we also have to take one NEGATIVE trait

These traits are NOT balanced, some are clearly superior to others. So: good luck!

SECOND EXPLORATION OF THE SILENT FOREST!

We’re all explored out. We gotta do SOMETHING, all who haven’t voted!

(Looks like ACID BLOOD will be our next positive perk!)

If you’ve already voted, that’s cool. For the rest of you:

Howdy, all!
Let’s get the rest of this up, because of, you know, reasons!

Hey, how are the nights going?

Hey, if any of you Polish speakers want to see what all the characters talk like, here you go!

Hey! Videos 9-1 and 9-2 contain dogs in some distress. If you don’t want to see dogs suffering, give them a skip, and read the one-sentence plot description below!

We find wolfie, who is living behind a barn full of infected dogs. He’s eaten the pretty lady, and shows us where the doctors house is. The doctor has been amputating limbs from patients, and we find out he’s hidden in the train wreck. We get the code to the train, and we’ll see him next.