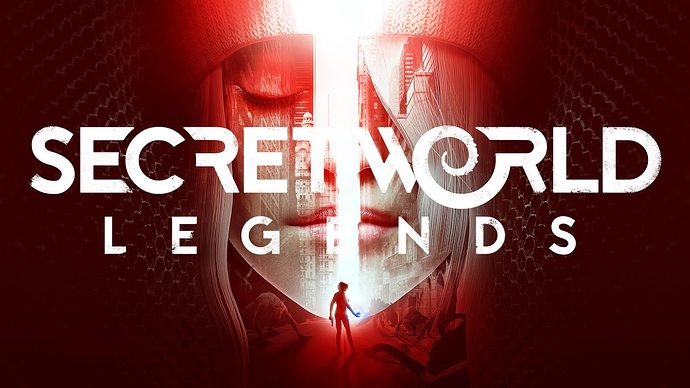 My friend Stampede and I have been doing an LP of Secret World: Legends for several months now. If you’re not familiar, the game is an MMORPG about conspiracies and contemporary horror, very much in the vein of shows like the X-Files or Fringe. It used to just be called the Secret World until recently, when it underwent a considerable revamp to update the combat, crafting system and various other mechanics. Players take on the roles of agents for either the Illuminati, the Temlpars or the Dragon and go on covert missions to fight evil, advance their factions’ goals, and discover the secrets at the heart of the world. It can be a very dark game, with a lot of the horror being in subtext and implications, but most of the characters have a lot of depth and humor to them, and it draws on a lot of interesting mythology, conspiracy theories and mysticism.

We’re calling it a Let’s (Role) Play because we’re trying to do this in-character, with Stampede taking on the role of Debra Fishkin, or “DebbiFish”, the player character, and I play her offscreen handler, Sark. We are trying to keep the focus on the game, but occasionally our characters will take center stage.

So as mentioned, we’ve been doing this for quite a while, nearly 60 episodes under our belt. That’s rather a lot to just get into, so in lieu of posting ever one of them all at once, I’m just going to link to the playlist and the most current episode. I hope you come and check it out, this has been a real labor of love for both of us.

I Ate A Bee Playlist

Episode 60, in which Debbie stumbles upon a tourist trap, sneezes herself to death, and gets high on magic mushrooms!

Episode 62, in which Debbie enters a giant cloud of poo gas, refuses to make an Aliens reference, and pesters a small child!

Episode 63, in which Debbie says ‘Whoa’ more times than Keanu Reeves, encounters the personification of government overreach, and goes messing with Sasquatch!

Episode 64, in which Debbie fights all the bugs in the world, gets lost in a cave, and complains about how hard it is to kill the elderly!

Had a few schedule hiccups but we’re back, with episode 65, in which Debbie meets a familiar redshirt, goes looking for insane ghosts, and experiences a strange burning sensation.

…and followed immediately by episode 66, in which Debbie uncovers a history of scientific torture of children and… what, really? That’s fucked up, I don’t even have a joke for that.

Episode 67, in which Debbie sympathizes with the enemy, fights an entire marching band, and misses the most obvious thing in the world.

Episode 68, in which Debbie gets a new pet, reflects on an encounter with the mythological, and goes trick-or-treating at the Addams Family house.

Episode 70, in which Debbie meets a spooooooky ghost, learns not to walk over transmutation circles, and has discusses the mechanics of murdering somebody with a pickaxe.

Episode 71, in which the schedule gets fucked yet again and I start running out of three things to say each episode so I’ll just start talking about it like a normal person.

This episode, Debbie gets a cool set of new modern samurai-esque gear for maxing out her… hammer. That makes no sense. But it’s a fun little reward for progress, and the outfit is cool too.

It also takes both of us absolutely forever to figure out some of the most obvious clues in video game puzzle history despite the answer being the same thing as the last few mysteries.

Episode 72! This episode had a really fun time travel plot where you get to see all the awful events that happened in this murder house over time. It’s one thing that I think really hopes carries over to the Secret World TV series they’re probably never going to make; a lot of these missions would make for really good X-Files-esque sci-fi mystery episodes, and this one in particular would work really well.

Episode 73! This one was one of the creepiest missions we’ve ever done. From the flashbacks to the endless waves of serial killers and even the ugly poncho that Billy Lee wears, this was one of the rare times that a game has really managed to unnerve me…

Episode 74! This one really highlights the good and bad of the investigation missions, which can be pretty involved and esoteric, often to the lengths of an oldschool Sierra adventure game.

The part with the ouija board was really fun, and fit the tone of the mission, and the orochi tablets make good work of the in-game browser, and work like an ARG. But parts of it like translating morse code or some stuff that will happen later can be brutally difficult if you don’t have a guide, like we do.

Another good thing is the use of environmental storytelling. Going deeper into the Ak’ab territory and seeing how they live and that they have elements of a society was a really subtle and chilling indication that there were forces at work beyond our understanding.

Episode 75! The use of the MMO afterworld as part of the mission is a really innovative touch. I don’t think I’ve seen another MMO that incorporates player death so much or uses it to enrich the world and story, such as here with the murder victims from the mansion.

But it is kind of a bugbear for me how the mission relies on hearing precise notes. I’m not hearing impaired, but I don’t hear well enough to solve these, I could never get to the Selentic Age in Myst. Would be nice if puzzles like this had more visual cues.

Also, this game needs more Sasquatch. I love that we don’t have to fight the Sasquatch, but I’d love more interaction. I really wanted their missions to have cutscenes so that we could see Debbie trying to understand Bigfootese.

Episode 76! I don’t have a whole lot to say about this, except that sasquatches are awesome, and I think this was where the mystery of the Red Hand crates really began to sink in for me. If you want to know more, Debbie did a great lore video on the topic:

And here’s the actual episode

The mission science and the arts is one of my favorite missions. Namely for the “You’re the worlds revenge on sarcasm” line. The usage of the death state in this game is interesting, i particularly like it due to how quite and mostly peaceful it is.

Episode 77! It’s almost impossible to make an immortal character seem actually threatened, let alone powerless. This one shook me, though. I was genuinely scared for Debbie at the end, and she really sold it with her performance as the blackness swallowed her.