How do you do, fellow criminals? Let's Play Sleeping Dogs 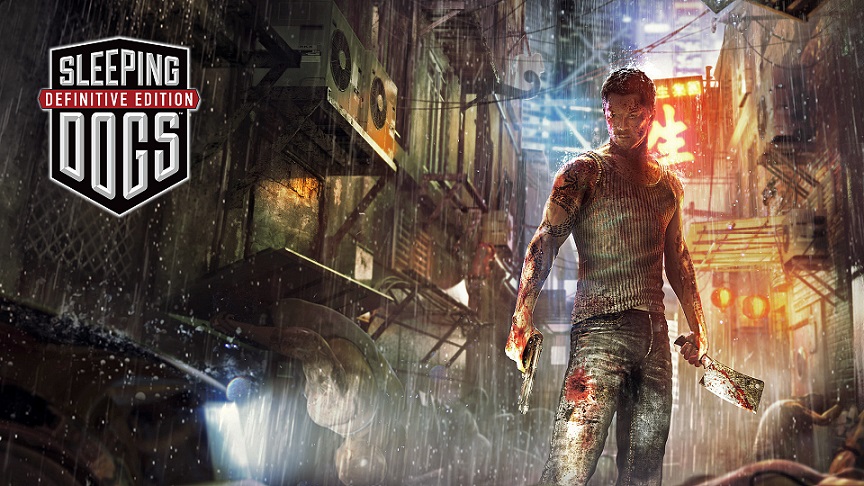 What is this game?
Sleeping Dogs is an open-world action game released in 2012 from United Front Games(RIP) and Square Enix. Many parts of it are standard for these kinds of games; you can race cars, beat up thugs, or stumble into a whole bunch of side stuff while exploring a sandbox world.

What really sets the game apart is the story and setting. You play as Wei Shen, an undercover cop trying to infiltrate the triad scene of Hong Kong. Wei constantly struggles to find a balance to please the bosses in both of his two lives. While Wei works his way higher in the criminal underworld, he must also do his part in detaining its key members, all under the constant threat of blowing his own cover.

Everything in the game has a distinct Hong Kong flavor to it, from the environments to the Cantonese-speaking NPCs. Gunfights are few and far between in this gun-controlled state; Wei instead gets by with his own kung fu skills. He can even visit his old dojo to learn sage advice from his old master. The game borrows a lot of concepts between other big games of its time, but still manages to make its own distinct feel.

Since its release, no one else has really tried to make a big game that is of a certain place like this. With United Front’s office now permanently closed, we may never see a game quite like it again. It deserves to be shared, which is why I’m here.

The LP
I’ll be playing the game with my friend Lauren, who’s coming in completely blind to the experience. We’ll be going through the definitive version, which came out in 2014. The newer version has up-ressed textures and runs at 1080p on modern consoles and PC. It also comes installed with all of the DLC missions, which we’ll get to eventually. Updates will (hopefully) be going up weekly.

No discussing spoilers for anything we haven’t gotten to. Any parts of the story we’ve covered in the LP are fair game.

I’m amazed by how good this game still looks, even without the hd-texture pack. It’s a real testimate to good design, I think. It helps that the setting gives them a lot of opportunity to pack the space full of detail.

Watched this with my roommate, they had the following 3 positives to say about the LP already
1: Good voices
2: A group LP, not solo
3: Blind vs experienced perspective

I really enjoyed it and am looking forward to updates!

Excellent thread title by the way!

I got this game for cheap on a steam sale and even though I loved the game’s style I ended up only playing a couple hours, so I’m excited to see the rest of the game!

Also your thread title is A+

One thing someone else pointed out to me: your face level actually does give you new abilities eventually. Dunno why I blanked on that.

I enjoyed playing this game but it felt really awkward to play with M+KB so I gave up.

Looks good! I remember really enjoying my playthrough of it on PC, but I’m one of those folks who has to use a controller for third person games, so I can’t really comment on the KB+M controls.

In any case, I can appreciate another return to the adventure of Wei “Kneestomper” Shen.

(Also I think your link the the uncut version of episode 1 might be broken, looks like it leads to nowhere for me.)

I have no idea why these links keep giving me grief. It should be good now.

The thing that really gave me trouble on M+KB was the karaoke, the keys were in awkward positions and I couldn’t rebind them after that I lost the will to continue.

If I keep saying “weekly updates” to myself enough times, I might actually pull it off.

One of the more brilliant things about this game is it never really forces you to choose, either story-wise or mechancially, between being a criminal and being a cop. The cop XP and the criminal xp are both gained from totally different sources. A lesser game would have some sort of Good/Evil Karma meter, but here, nope. You’re expected to fence-sit and benefit from it.

You don’t get to be a cop if you aren’t extreme enough.

The fact that you have to play the balancing act between cop and thug is absolutely perfect for this game’s themes.

Yeah. You’re not involved in a grand struggle between Good and Evil, you’re a guy trying to do the best job he can, which is being as convincing of a criminal as you can while still doing your job as a cop and catching the criminals you’re decieving.

The sound balance between both commentators is painful unfortunately, can you try to normalise it a bit better for the next episode? Roommate literally couldn’t watch it because it was setting off their anxiety due to the high volume.

I do have to apologize over and over again for the audio. I knew it was my Achilles heel going in and am furiously trying to get better with balancing.

On another note, while we may never get a sequel, there’s apparently a Sleeping Dogs movie in the works starring Donnie Yen and produced by Neal Moritz.

I’ll be going on vacation tomrrow, so it might be a longer wait before I get to posting the next update.