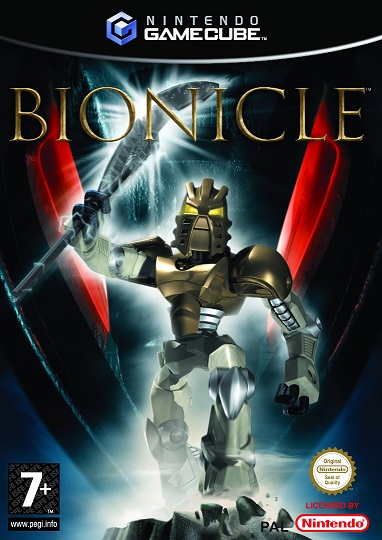 What is BIONICLE: The Game?
BIONICLE (hereafter “Bionicle”) is a franchise about six robots with magic powers fighting an evil spirit to protect other, smaller robots without magic powers. The evil spirit is also a robot. It was created by Lego in 2001 as their first original story-focused product, and was very successful, running for almost 10 years.

BIONICLE (hereafter “Bionicle: The Game”) is a video game released in 2003, developed by Argonaut Games and published by EA. It kinda-sorta depicts the Bionicle storylines from 2002 and 2003, and kinda-sorta from 2001 as well.

Ah, so this is a nostalgic trip back to your childhood, then?
I’ve never seen Bionicle: The Game crash or softlock. Its checkpoints work properly, and it saves data correctly. That’s about all I can say in favor of it. It is blatantly missing at least half of its levels, the levels that are there are a slog, and it would be decent-looking if it were a PS1 game.

But it’s short, it’s goofy, it emulates well, and bad games are kind of my thing. So that’s what I’m playing.

By my estimates, most updates will come with a bonus video or two, covering some lore or other information the game doesn’t cover. Questions? Comments? Concerns? Short stories? Post them, and I will respond, as is traditional.

Now come and journey with me, to an island paradise where the run cycles are silly, the combat is simplistic, and the sheer audio compression can drive lesser men to madness…

Ah, I remember the old days of knowing a substantial amount of Bionicle lore. I’ve dropped most of it by now, of course, in part because I stopped following the movies once they all turned into spiders. But I did play this game a fair bit back in the day. Mostly this first stage. Because it’s comparatively the only good one.

I’m hoping you show the game overs in the Kopaka section. One of them, the first I think, was absolutely hilarious to me as a kid. 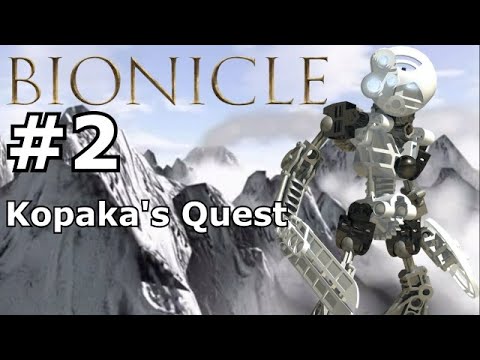 Bonus: Main Menu Theme
This game has some…good isn’t the right word, but it has some evocative music when it isn’t compressed to hell. I’m playing the GameCube version, so maybe they crushed the music to fit it onto the disc? Or at least, thought they had to do that to fit it on the disc?

Bonus: “The Bohrok Awake!” comic
As you might expect, Bionicle had tie-in comics. This was issue #1 for 2002, covering the introduction of the Bohrok. The writer for the comics, Greg Farshtey, began doing novelizations of the story starting in 2004, which he was probably a little more suited. The characters’ personalities don’t come across at all here. Also, re-reading this comic has reinforced my opinion that American comic artists don’t know how to lay out panels or draw.

I’m hoping you show the game overs in the Kopaka section.

Glad you reminded me about those, I would’ve skipped them otherwise.

I stopped following the movies once they all turned into spiders. 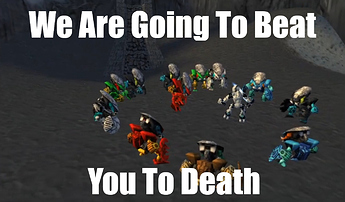 Even considering they probably weren’t super concerned with the original toys at this point, it’s super weird that there isn’t even a Borak Queens fight before this arc ends. There is one normal stage and a gimmick stage and then it’s done. 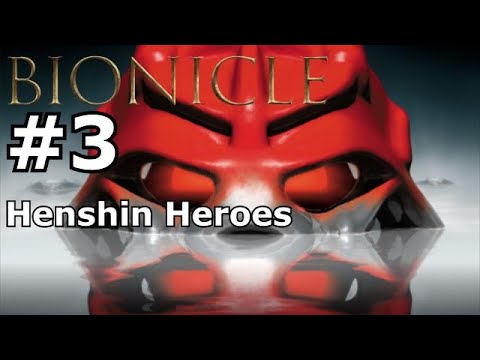 Even considering they probably weren’t super concerned with the original toys at this point, it’s super weird that there isn’t even a Borak Queens fight before this arc ends. There is one normal stage and a gimmick stage and then it’s done.

BTG is one of the most transparently unfinished games I’ve seen. At least Sonic 06 has [almost] all of its levels. But you can’t fall through the floor in BTG so I guess we’ll call it even. 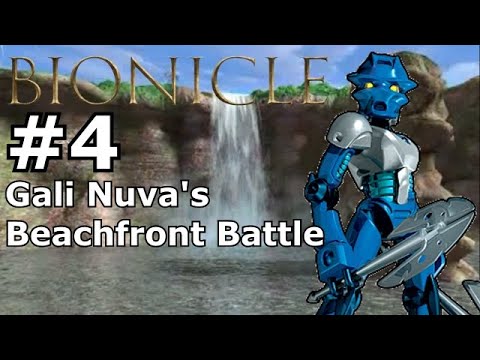 Update 5: Pohatu Nuva’s Quest
How can a game missing half its levels have filler? I don’t know, but that’s where we are. 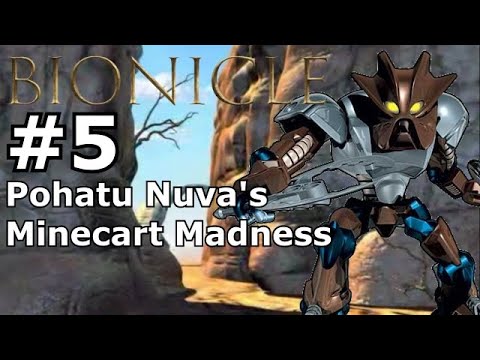 Update 6: Onua Nuva’s Quest
there are spiders in this one 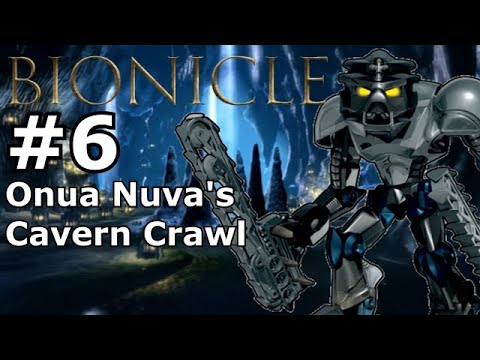 Next time I’ll post some more bonuses. Not sure exactly what; there are several possibilities. Yeah, I just used a semicolon.

Wow, Bionicle’s a thing I haven’t heard about for in ages. I’ve recalled seeing some of the ads about the films and the lore, but I don’t remember being interested in them that much—probably not helped by the fact I was like… 7 or 8 at the time.

I’ve gotten up to Part 2 and I noticed that the Bohrok in that is one I actually owned in the past—Gahlok (the blue one) to be precise! I remember that the Bohrok in the Lego set have this silly move where it sticks its head out forwards when you push down on one of the parts in its back: 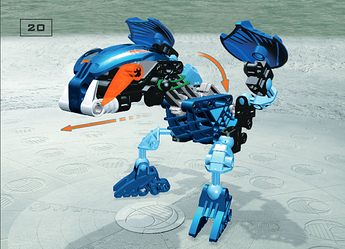 I suppose it was too much to hope that the game would animate them doing that, but hearing them scream during the fight when you struck them from a snowboard made up for that.

Wow, Bionicle’s a thing I haven’t heard about for in ages. I’ve recalled seeing some of the ads about the films and the lore, but I don’t remember being interested in them that much—probably not helped by the fact I was like… 7 or 8 at the time.

I think Bionicle distinguished itself early on as having a lot of people passingly familiar with it and maybe owning 1 or 2 sets, and then a relatively small number of seriously invested fans (like me, except that I wasn’t an avid collector). That would be distinct from contemporaries like Pokemon, which was pervasive enough that Mewtwo Strikes Back got a review from Roger Ebert, and Harry Potter, which was part of the monoculture.

I suppose it was too much to hope that the game would animate them doing that, but hearing them scream during the fight when you struck them from a snowboard made up for that.

You saying this made me spend almost an hour looking up what sounds the Bohrok made in different depictions. I was this close to posting my findings, but I thought that would be a little…weird. But if anyone’s intrigued by that, say so. 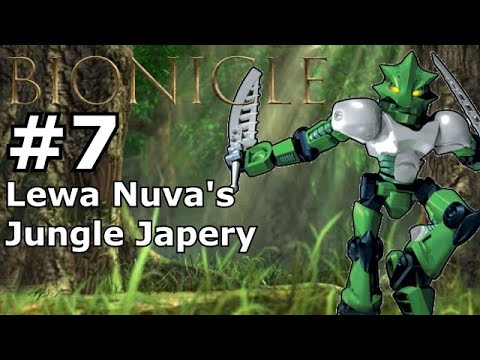 I didn’t realize until right now, but this level has no enemies in it. Anyway, lots of bonus content today! 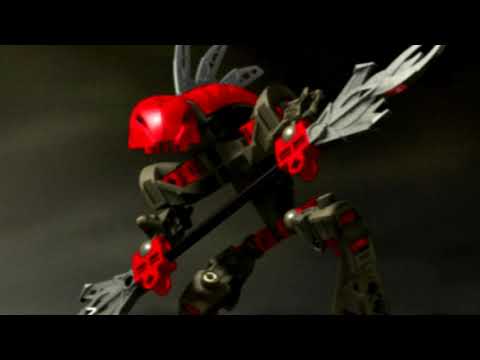 The Rahkshi are the enemies for the Mask of Light saga, and neither the game nor I really explained them at all. I compiled this video out of two different sources: a Rahkshi TV ad, and the mini CDs that came with the Rahkshi sets.

The BioMedia Project is a near-complete archive, and has the ISOs of said mini CDs available for download. After opening Lerahk’s ISO, I clicked a button, which caused the program to crash and Windows to softlock (if you didn’t know it was possible to softlock an operating system…well, it is). After that, every CD insisted QuickTime wasn’t installed and refused to run.

Fortunately, these mini CDs are completely unencrypted, so I was able to assemble what is probably a slightly better experience anyway out of the content on them. I also discovered the mini CDs weren’t region-specific, having relevant voiceovers for every country the Rahkshi were released in. 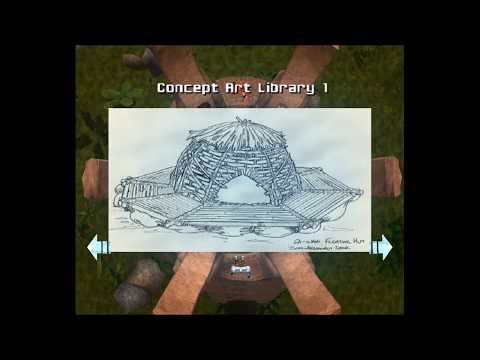 For getting 90 lightstones in Tahu’s Quest, 180 in Kopaka’s Quest, and 80 in Gali’s Quest, you get a trailer for Mask of Light, Concept Art Library 1, and a “Toy Sneak Peek” (a short Rahkshi ad), respectively. The video includes the concept art, but I’ve also posted the concept art here in this post, along with some brief text commentary.
Fefnir June 28, 2020, 6:07pm #13

On one hand, it’s nice they tried to mix things up so that each Toa plays differently. On the other, boy the gliding sections are rough, and this game’s platforming isn’t great even when the level’s focused on it.

Sorry for the delay. I had a variety of issues, but most of them were problems surrounding the next part which is the finale, and I’d wanted to release the two parts back to back…but then I realized that was silly and there was no reason to do it. Anyway…

Update 8: Tahu Nuva’s Quest (and remaining Bonus Content)
An epic race to reclaim the fabled Mask of Light!!! And at the end, a shocking turn of events!!! Kono tenkai wa…!? 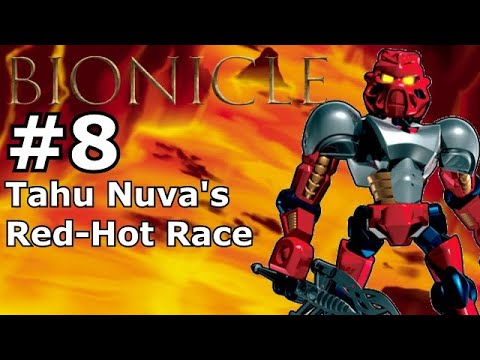 This is the worst level in the game. If you were wondering.

A very minor thing I forgot to point out in the video is that the game only notifies you that you’ve unlocked some bonus content if you pick up the required number of lightstones on a return visit to the level. As can be seen in every previous video, if you get enough lightstones on your first run through a level, you don’t get notified. Minor bug, but I’m not sure how you manage to miss that… 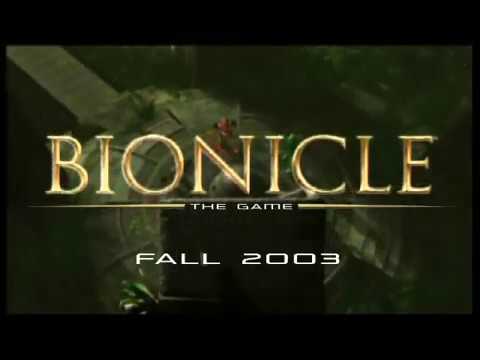 I found this on the Rahkshi Promo CD, though it is of course already on the Biomedia Project. The trailer only has like 10-15 seconds of gameplay, but you can see gameplay of Lewa Mata (that’s 2001 Lewa), more or less confirming all six Toa Mata were originally supposed to have levels. Also, almost none of the environments in the trailer appear in the finished game. Also also, like most crappy games, the game looks a little better in the trailer than it does in the finished product.

Bonus: Unlockable Extras, Part 2
For getting 150 lightstones in Pohatu’s Quest, 150 lightstones in Lewa’s Quest, and 130 lightstones in Tahu Nuva’s Quest, you unlock the “Toa Evolution Movie” (I’m…not exactly sure what this is. But it’s a movie.), Concept Art Library 2, and a short text dump called “Story of the new tool”, respectively. The video includes the concept art and Story of the new tool (it’s lowercased like that in game), but I’ve also posted them here, since that’s a more pleasant viewing/reading experience. 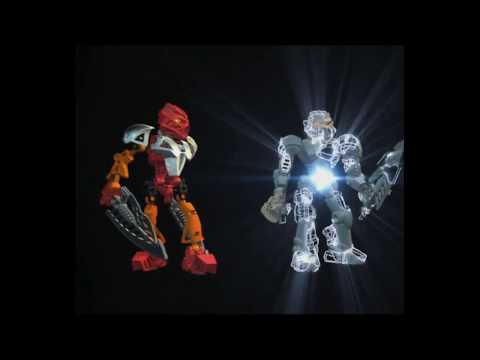 See you next time for the finale!

On one hand, I don’t remember having as much trouble with this stage as I did with the mine cart. Then again, I barely remember the level at all because it might be the one I played the least. So, S H R U G.

On one hand, I don’t remember having as much trouble with this stage as I did with the mine cart. Then again, I barely remember the level at all because it might be the one I played the least. So, S H R U G.

When I started this LP, I didn’t think I’d be able to get enough lightstones in Kopaka or Pohatu’s levels in one go, but I got better at them really quickly. Tahu Nuva’s level I feel like every time I play it, it gets a little harder. Maybe because your success or failure has so little to do with your performance.

What I remember being hardest is actually Lewa flying behind the Gukko bird.