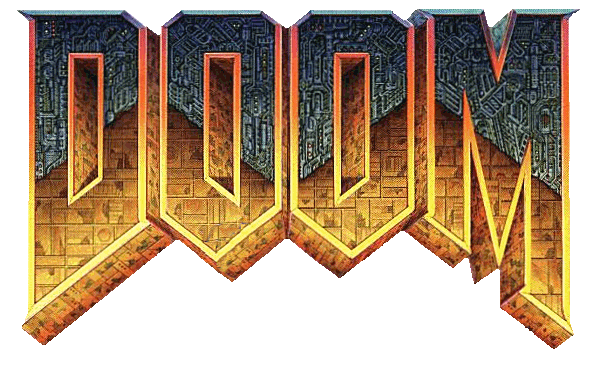 Doom is one of the cornerstones of first-person shooters. Released in 1993 by id Software and building off its predecessor Wolfenstein 3D, Doom practically invented the genre as we know it with its bloody, chunky and satisfying action, speedy pace, and a savvy marketing plan to release its first levels as shareware. With Doom Eternal releasing on the day this thread begins, it’s as good a time as ever to look back on the beloved original and see how well it holds up now.

The Story:
You are Doomguy - or at least, a guy in Doom - a space marine who’s been sent to Mars where the forces of Hell have appeared and are in need of getting chainsawed. Why isn’t important, so get to shootin’!

(According to Wikipedia: “In the future, the player character (an unnamed space marine) has been punitively posted to Mars after assaulting a superior officer, who ordered his unit to fire on civilians. The space marines act as security for the Union Aerospace Corporation’s radioactive waste facilities, which are used by the military to perform secret experiments with teleportation by creating gateways between the two moons of Mars, Phobos and Deimos. Three years later, Deimos disappears entirely and “something fraggin’ evil” starts pouring out of the teleporter gateways, killing or possessing all personnel. The Martian marine unit is dispatched to investigate, with the player character left to guard the perimeter with only a pistol while the rest of the group proceeds inside the base and is killed. Being unable to pilot the shuttle off of Phobos by himself, he realizes that the only way to escape is to go inside and fight his way through the complexes of the moon base.”)

The LP:
JigglyJacob takes the lead in this first of a series of Doom LPs (sorry, no Doom 3), with myself (ThornBrain) and TorpidTypist joining him on co-commentary. This will be an All Secrets run, and Jacob is technically playing Ultimate Doom, which contains an additional fourth episode.

Not enough muscles. We need more!

Don’t pet the cacodemon except with bullets or fists

Walk like you’re not affected by your own rockets’ blast radius.

Jacob learns that sometimes you just need to get it over with.

THY FLESH CONSUMED as a bonus for buying Ultimate Doom : D

Final part is next week!

Thanks all for watching, and look forward to Doom II (in its own thread to keep things clean) next Friday!