Battletech/MechWarrior: They attacked MY HOME PLANET! 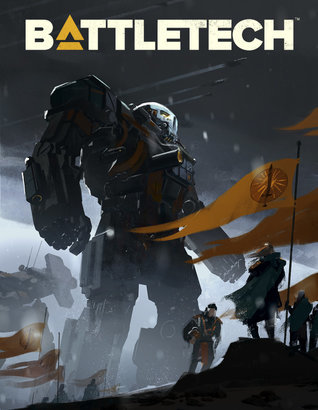 Battletech is an upcoming turn-based strategy game from Harebrained Schemes (the folks behind the pretty great Shadowrun games from the last few years) based off the tabletop game of the same name which also spawned the MechWarrior, MechAssault and MechCommander franchises. The whole game’s plot is you controlling a bunch of mercs and possibly siding with one of several warring houses, all while piloting bigass stompy robots (better known as BattleMechs or just 'Mechs). Also, you can go online and brawl with others.

Here’s a really early look at the gameplay flow from the devs:

Currently there’s a beta coming up for the game on March 15, and if you missed the KS you can buy into the beta for $60 as a late backer.

Oh yeah, you get to use melee attacks too. And they hurt.

May as well also use this thread to discuss MechWarrior, which is more action oriented and has you going behind the controls of one of several 'Mechs, blasting away with lasers and LRMs. MechWarrior 5: Mercenaries was revealed last year and while it’s using the relatively freeform mission structure of the previous “Mercenaries” games (you get to take on all kinds of missions in whatever order you want and build up your crew) it’s also from Piranha Games, who are behind MechWarrior Online and, well…kind of have a bad rap. We’ll see how they fare with a single player title in 2018.

The older MechWarrior titles are great too, but you’ll have to find physical copies to play them legit. No digital distributor has them due to rights issues with the various companies behind the releases and the only title to date that had a digital version was 4 Mercenaries through MekTek, which was taken down a few years after. You can, however, get MechCommander 2 for free still, which is a real time strategy game (and the devs for it are working on the new Battletech!)

I remember hearing about this ages ago. I dunno why, but after a few other failed projects, I guess I just kinda figured that something kinda okay like MWO was all we were ever going to get.