AM2R shouldn’t exist, and as far as Nintendo is concerned, does not exist. Yet it does, and Milton “DoctorM64” Guasti would probably appreciate some credit where it’s due. 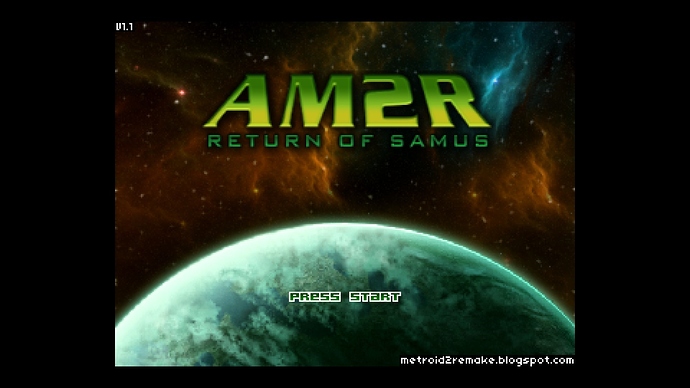 Metroid is a Nintendo series with a long history, though that history has been cut short recently through mediocre-to-terrible recent entries spaced years apart, making people wonder if Nintendo is even interested in Metroid anymore. It would be a real shame if they weren’t, as the series stars one of the best female protagonists in video gaming, Samus Aran, and is well-known for its gameplay loop of exploring new and alien landscapes to find items to open up paths where you could not tread before. Metroid, of course, coined half of the name of the platformer subgenre “Metroidvania” to describe this incredibly satisfying gameplay loop, and people have been clamoring for more from the original source.

In particular, some people really wanted an updated version of the very second Metroid game, the Game Boy one. 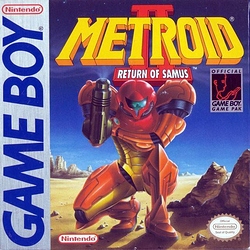 Apparently, for a while, there were a lot of fans chomping at the bit to remake Metroid II: Return of Samus, a unique entry in the series that tasked Samus with the job of exterminating the predatory Metroid species on their homeworld of SR388. Most of those projects died out one by one. The only one that survived is, ironically, the one that made fun of the fact that it was just “another Metroid 2 remake.”

But it is hardly just that. Another Metroid 2 Remake began development in 2006 with the intention of being for the original Metroid 2 what the excellent Zero Mission was for the very first Metroid - Zero Mission 2, if you will. The idea was to not only remake the game with modern graphics, but provide updates to the setting, plot, and gameplay to bring things more in alignment with the current canon. The game was finally released in August 2016 after a looooong development process with several different contributors from around the globe and was widely hailed as one of the best fangames to ever exist, let alone make it to completion.

A little too widely, unfortunately, and Nintendo’s lawyers caught on. After a series of DMCA takedown requests aimed at the sites that hosted the game, development and distribution ceased entirely. The only way to obtain the game now is through discreet channels. But seriously it’s not that difficult to find.

But it does still exist, and it’s a great Metroid game. Which is kind of a rarity in the year 2017.

There’ll be a couple of runs here. One is a 100% collect-every-item and explore every nook and cranny of planet SR388 kind of run. One will be an attempted speedrun to get the best ending image under two hours and will probably be a bonus video at the end of the LP. More than likely I’ll try streaming my attempts, if I can figure that out. Maybe don’t hold out hope for that because so far I have been unable to actually get close to a sub-2:00 time.

With that all out of the way, let’s play.

I just played through this for the first time a few weeks ago. It’ll be nice to see how you’re supposed to get some items in the late game.

It’s a lot like Zero Mission in that most of them are certain-later-item Speed Booster/Shinespark puzzles.

Quick update featuring the coolest boss fight in the game. It’s all downhill from here.

I really liked that Torizo fight, too. There’s something fun about a trial by fire with the power-up you just got. It’s a hell of a way to make sure you know how to use the item, too.

This game is so good and is full of fanservice. It basically has at least one reference to every other Metroid game. Even the ones you probably don’t like.

It’s just a shame that the creator never got to add the extra stuff he was planning before the DMCAs became aggressive enough to reach his direct email. Keep in mind tho, that there never was a C&D, so technically the game can still be worked on without legal threat. Just, theoretically not hosted online.

I had a lot of fun playing this when it released and I’ll gladly follow a nice 100% LP of it. Quick question, why are you still on the 1.0 version and not the 1.1 updated version that was released?

I only recorded the first video in 1.0. It was only after that I realized there was an updated version, but the rest of the videos are in 1.1, don’t you worry.

Speaking of videos, here’s the next one, featuring that “oh shit I forgot something!” moment.

Good luck on the speedrun, and I enjoy your chill commentary so far!

Thank you! The practice runs are slowly getting better.

Those Gammas really did a number on you, geez. I also can’t believe I forgot about that Federation camp, so I’m pretty curious to see what’s on the other side of that block you couldn’t break.

(I have a pretty good idea going by other Metroid games, to be fair.)

Yeah, that was highly a bit embarrassing, but the Gammas in this video were a little nicer!

It’s their older brothers we have to worry about now.

Please do not take elevators in an emergency situation

Yeah, I know everyone’s playing Breath of the Wild (including me), but. What about a special double-length episode. What about it. We’re most of the way through the game now.

I wasn’t able to get a download of this when it came out, I was super sad about that. Luckily got a copy from a friend in a stream since then, but I haven’t had time to play it.

so I’ll give this a shot! I liked Zero Mission, hopefully it’ll be just as good watching it as playing.

Sorry for the delay. It’s mostly Zelda’s fault, but work and life bullshit also happened. To make up for it, here’s two episodes at once, neither of which feature any Metroids!

Next episode should be the last one! I’ll try and start figuring out a Saturday when I can do the speedrun too.

Holy crap, there was an entire optional area that I missed? That’s awesome.

Happy weekend, it’s the last episode. Thanks for watching, everyone!

My schedule’s gotten super hectic, so I still don’t quite have a stream schedule figured out, but I’ll continue to try and work on it. In case it doesn’t go through, though, the LP is pretty much complete. I might try and do a quick screenshot-only update with all of the data logs and such.

Double A plus on a short and sweet LP!