All he wanted was peace and quiet. Let's Party Hard! Hi there and welcome to Party Hard. A party murder simulator game developed by Pinokl and TinyBuild.

Story
Our protagonist is a simple man. He just wants to sleep but those darn kids keep playing their music loud as heck and our hero has finally decided to do something about it.

This game does feature user generated levels via the steam workshop so if you have a level that you have created or just have one you want to see feel free to let me know.
I don’t have a set date yet for when I’ll be looking at user levels but will happen fairly soon.

With that said let’s put on our party hats, call a clown and Party Hard. 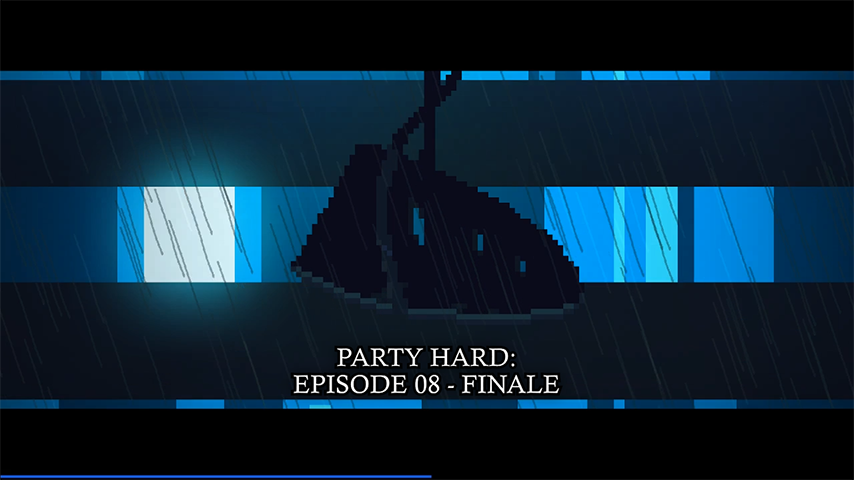 I played this game once, but I didn’t really like it, trying to get all the kills in the level just felt like busy work; hopefully your LP will better my opinion of it.

And I don’t know any workshop levels, but I do know that there is DLC, will you be doing that?

I do plan to have a go at the dlc once the main campaign is over.
It does have workshop levels too and those I will look at as we progress through the main game.
I’m glad you are enjoying the LP. Hopefully we’ll be able to get cooler ways to shut down a part as we go along. In today’s episode we get introduced to a new character for a short term.

Why is it titled Video 4?

Oops. My bad. I mistitled that. Thanks for bringing it up. Anyway today’s episode takes us inexplicably to the woods. How are killer even found a party out there is beyond me.
Afterwards we run into a pool party. Which I kind of have a problem with since it’s the rooftop party all over again except instead of a dance floor there’s a pool and less ways to get multikills in.
And I mean it. It’s the exact same level but with about two things changed. I wasn’t really expecting something so lazy out of a game like this. I’m just hoping it’s a one off and the remaining levels aren’t the same way. In tonight’s episode we invade a holloween party, a campus party (with way too many bouncers) and a subway party.
Also we finally catch up to the killer. But that’s not important. What’s important is that our hero finally gets to rest.

Today we start the DLC campaign and see just what our “hero” is up to. 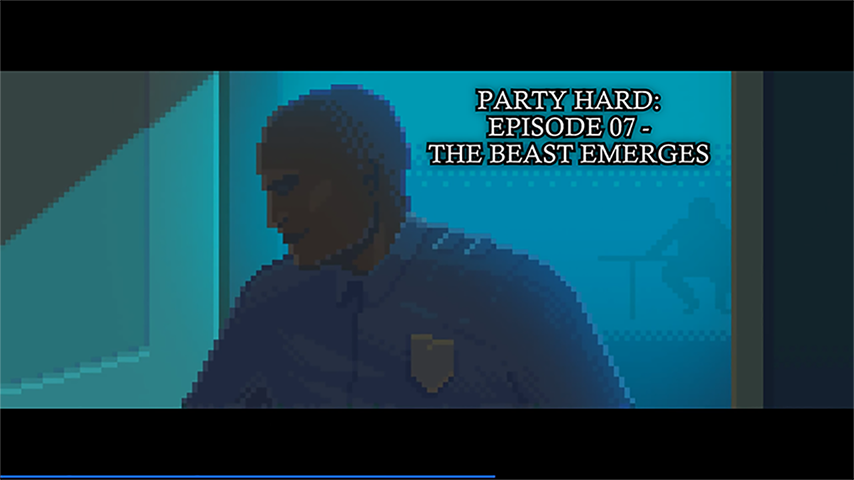 It all comes down to this. One last hurrah for our friendly neighborhood party hater.

All in all it wasn’t too bad of the game. I liked the premise but a lot of the parties had way too many people to kill considering the very limited amount of ways that were available on each map.
It kind of made the game a slog towards the end of the main campaign. I really disliked the roof top parties and the subway ones.
The High Crime DLC was pretty neat in that it tried new things but then veered off path in the final party an introduced a boss fight that doesn’t mesh with the rest of the game.