A second chance is what we all deserve.... Let's Play Epic Mickey Two 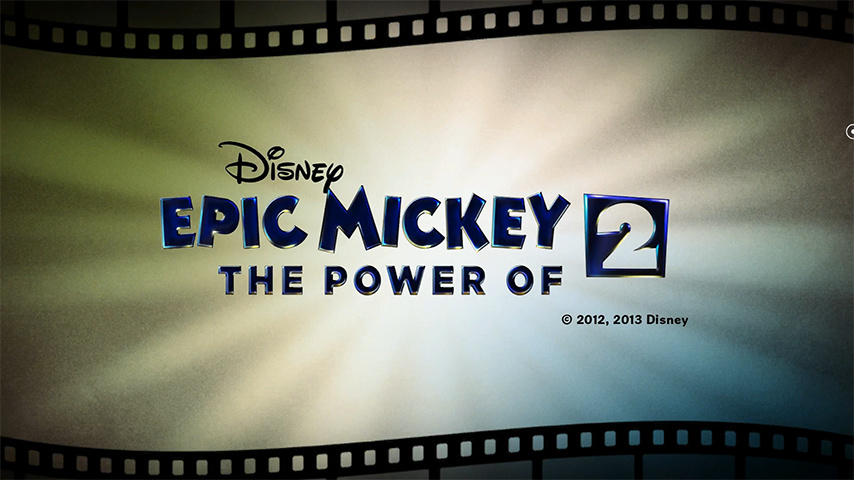 Hi there and welcome to Epic Mickey: The Power of Two.

What it is
This is the sequel to Epic Mickey for the Wii. It’s actually a much better game than it’s predecessor and I had a lot of fun playing it.
It basically takes a fun loving Mickey Mouse and tranpsoses him into a darker story somewhat like what happens with Kingdom Hearts.
However unlike that game the plot in this is can be understood without the use of complex graphs.

Playthrough Policy
This game has a lot of stuff going for it. Unfortunately it’s been a long time since I last played this game so outside of the major story beats I don’t remember much.
So I guess we can call this a sort of blind run.
This won’t be a completionist run since that would require two playthroughs to get everything due to certain game mechanics which will be covered when we get to them.
However I do plan to pick up whatever collectibles or tickets that I happen to come across as I scrounge the levels.

Commentary Stylings
As with Castle of Illusion, this will be subtitled.

Spoiler Policy
With the exception of major story beats I’m coming at this blind. So as always unless it already happened please don’t spoil stuff.
With that said feel free to discuss whatever you want as long as it’s not a spoiler for what’s ahead.

So with that out of the way let’s once more step into the mouse with the house and save Toonworld once more.

Today we learn about our friend Oswald as we make our way through his grim castle. From there we will get a look at the Mean Streets.

In today’s episode we make our way back to the streets and reach our first permanent decision point.