The Mario Advance series, or as I like to call it: Super Mario Some Stars 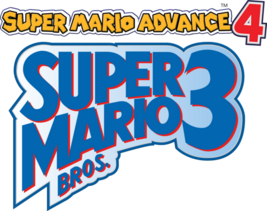 We regret to inform you: Bowser’s back on his bullshit. The King of Koopas has adopted seven children and sent them each to different kingdoms. There, the Koopalings have stolen the wands of each monarch, and have transformed them into animals to boot! Hearing of the situation, Princess Peach sends Mario and Luigi to defeat the Koopalings and restore peace to the land.

Iiiiiiit’s Mario 3! Being one of the most popular games of the Mario series, chance are you’ve heard of Mario 3. The game itself focuses on shorter levels with stronger gimmicks than the original Super Mario Brothers, and feels a lot faster than its predecessors as a result. And, much like many of Nintendo’s third-in-the-series games, Mario 3 was responsible for many of the mainstays of the rest of the series. World themes, flying powerups, and even some of the more popular villains of the series originated here. But this isn’t just Mario 3, this is Super Mario Advance 4. SMA4 is a port of the SNES remake of Mario 3 from Mario All-Stars. Which means you can expect the game to play more or less the same as the original, but with some touchups and new sprite work.

This is normally where the spoiler policy goes, but like… it’s Mario 3. What is there to even spoil.

Mario & Luigi head to Desert Land to retrieve the second wand from Morton Koopa Jr. It’s only world 2 so the difficulty isn’t ramping up too much, but the Koopas have found a way to weaponize the sun, which is an impressive feat if nothing else.

Welcome to the ocean! Unlike the original Mario Brothers, Sea Land is a little more dynamic in the types of water stages it presents. Sometimes it’s a-okay to swim, other times trying to do so will get you devoured by a big fish. But that’s just life sometimes.

Today’s world theme is: big. Giant Land might look like another grassland stage, but it is slightly different in that there are many large enemies and some big blocks as well.

What’s this? Another grass world? Not so this time, friend. While this world starts on the ground, the real challenge is actually in the air. In that like all of the difficult levels are up there. The sky levels can get rude.

It’s beginning to look like an ice world, and a fairly tricky one at that. Best get used to the ice physics quickly, because a little slip-sliding isn’t the biggest obstacle here.

(The biggest obstacle is the looping stage. You know the one.)

Did you think the penultimate world would be based on pipes? No? Well it is, and it’s actually very difficult. Do not underestimate standard level setpieces, they’re not messing around.

While Mario and Luigi were out platforming, Bowser was kidnapping Peach. So now, the brothers must overcome an army in Bowser Land Dark Land to rescue the Princess.

Aaaand that’s it for Advance 4! @moderators , this thread can be put in Completed LPs now.