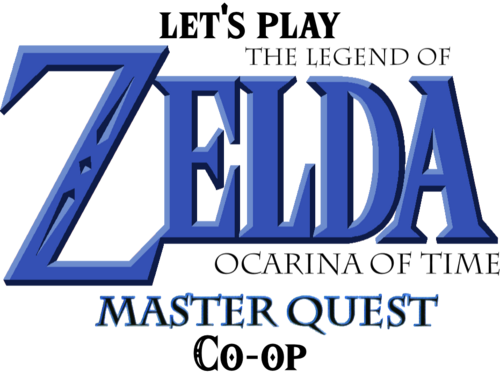 Hi there friends! I’m homphgomph (Joe), my sister ginko (Katie) along with my good buddies zelgadisA027123 (Jesse) and Ryan will be playing through the Legend of Zelda: Ocarina of Time Master Quest!

Is there anything else different about this playthrough?
Outside of twisting and contorting a 24 year old game to be able to be played cooperatively over the internet, we’ve also added a couple mods for convenience/challenge/because they’re cool

Did you know there are other cooperative Zelda games?
Interesting! We may play through those as well at some point, but right now we’re only committing to Master Quest.

When will you be posting updates?
Updates will be posted once a week on Saturdays, typically one area/dungeon per update, we’ve already done a decent amount of sessions because our schedules can be difficult to align and I personally like to be consistent with Let’s Play updates. We also stream 3 nights a week which can eat into our free time.

Also hey, me and Jesse did a co-op playthrough using an old version of the modloader, if you want to see vanilla OoT co-op’d you can check that out.

Without further ado, let’s get to it!

Oh lord Master quest. I remember an old LP of that, Good luck on the bullshit this game gives out.

“Remixing puzzles” ends up meaning “put cows in the wall” and “make people work for chests with 5 rupees”.

What a chaotic and fun way to play this game. Hearing Goku every now and then was absolutely incredible in how good it sounded while also giving me whiplash.

There are some voice samples later that are equally jarring in how high quality the samples are, we’ve only scratched the surface. Though “YOU’RE WIDE OPEN” will never get old.

Heeey let’s get on to Dodongo’s cavern, in which discord dies but progress is still made some how!

I could be mistaken, but I think that gold Skultula that was just above Katie’s could have been reached with a backflip. At the very least there was one behind the Great Deku Tree that I remember getting that way. And the one on the path up Death Mountain has a climbable surface on the wall I think.

But what an interesting Dungeon that is in Master Quest. It’s pathing still makes a bit of sense but it really wants to wait before giving you those bombs. I really hope we get to see two dungeons happening at the same time in the future. That’d be really good.

Katie may or may not discover that that’s an unidentified climbable wall on the Death Mountain trail.

I’m actually knee deep in editing a point where we have unintentionally split up into 4 different dungeons before convening into one. I’ve always thought it would be really cool to actually plot out a co-op speedrun with this hack even with the crashes 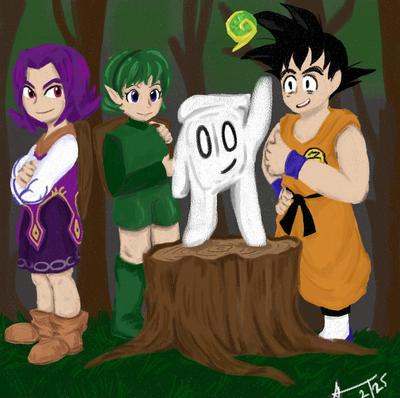 Rest in peace Glover. You were a true king. As disappointing as the adult Goku model ended up being, I am hyped over the adult Saria. It is just so good.
Jabu Jabu’s belly is quite the change from the original. It really seems like they decided to just go crazy with what they could do this time.

I feel like they decided to try and make players think outside of the box in some of these, and some of that ends up being literally clipped out of the geometry so you can barely see a torch that you have to light or a crystal you have to hit. It’s fun in hindsight but after you figure it out you’re usually like “oh come on.”

On to the all growed up dungeons! 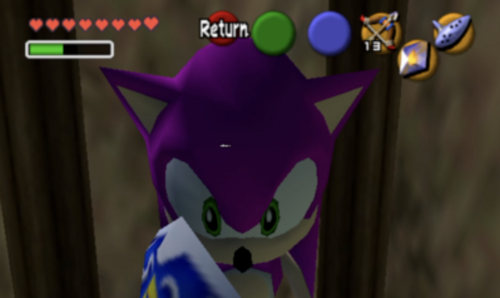 SonicGoku being trapped in the elevator will be one of my favourite moments from this I think. The Forest Temple update actually seems pretty decent. It didn’t feel too crazy or unfair. Which, I think Master Quest wasn’t initially going to be released. It was just a small project for new employees to work on and see how they do with dungeons and puzzles… I think. So some of it being pretty rough or unfair is likely to be expected.

Yeah the Forest Temple was actually pretty cool in terms of how well they were able to remix the dungeon. The Fire Temple…well…I can’t say as much. Some red herring rooms and straight up unused sections of the dungeon. Though that’s actually a really cool little tidbit if they were using it as a way to explore the puzzle concepts in 3D dungeons! I am happy it got released because it certainly makes for a more spicy playthrough.

Well-hid switches and random keys on the floor, it must be…

Part 6 - The Bottom of the Well

Hoo boy, this mod does not like four people in the Water Temple at the same time

The game continues to fight back as we end up having to do the regular non-master quest version of the Shadow Temple, but we find that this is still a unique challenge.

Shadow temple seemed not to different. Though the Well was technically the first part of it so that makes sense. I really enjoyed the Water Temple video. That was so fun with all the bugs.

Well if you like bugs I have some good news!

Sorry for the delay on this one! This was a beefy episode with lots of things to edit…but here we are. This episode is the best example of how the Modloader really doesn’t like more than 2 people in a dungeon at a time…but for the most part we said screw that. 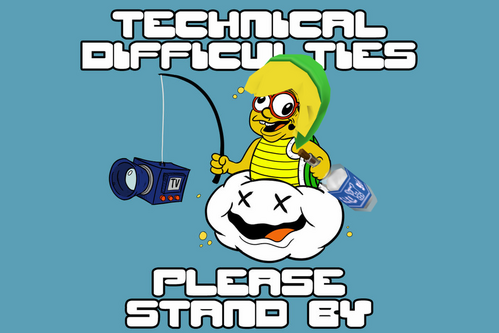 That was quite the buggy mess! It was also maybe the rudest of the changes so far. Especially making you have to go back as a kid just to get a key to progress as an adult. That’s really unbelievable.

MQ does a few more messed up puzzle solutions in these next two updates, but I’m not sure as bad as that moment.

Boy howdy, these final two episodes were a trip to edit, didn’t seem right to only post Gerudo Trials and then dose 2 vaccine lethargy hit me pretty hard last week, hence the delay! BUT here they are, and crashes, recording issues and glitches abound as we push our way through to the finale of this incredible mess.

We will look to eventually pick up Majora’s Mask at some point! But that won’t be for a bit because I’d like some sessions to work as a buffer, but we are definitely excited to give it a go. As always thanks for watching everybody and we will be back soon!