Here is My Table, Yet it Remains Unflipped. Let's Play Tabletop Simulator with Regrettabletop! 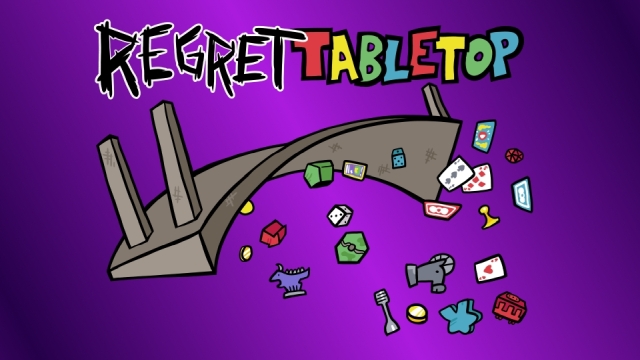 Hello everyone, I’m The T! Welcome to Regrettabletop! A video series about playing board games, using Tabletop Simulator!

Board games are an incredibly varied subset of games that have existed longer than recorded history, each with varying levels of luck and skill involved. What always fascinated me about board games was that, unlike video games, the mechanics of board games are designed to be simple enough that the players can internalize and enforce the rules as they play, rather than have a system enforce it for them. This is one of the things that drew me to Tabletop Simulator: a place to play games with my friends in an environment that is exactly as structured as we make it.

Regrettabletop is primarily about low level play. It’s not about winning, it’s about having fun, learning and experiencing new things. I hope you’ll join us in having fun!

A note: The update schedule for Regrettabletop will be real slow at first. Each episode is a complete game playthrough, and both getting everyone together to play and producing the video itself takes a lot of time. I’m working on changing this, but for now, the main thing we could use is more players, so:

If you would be interested in joining Regrettabletop, here are some things we’re looking for: Having a somewhat open or consistent schedule (Sundays are the best day, but also having any afternoons (US time) during the week is good), being incredibly open minded (about trying new games and about people in general), having a sense of humor (that isn’t shitty), and having a decent computer (you can run Tabletop Simulator and record it at the same time without constant frame drops). If you feel like you’d be a good fit, or if you enjoy the video series and just wanna hang out, join us here and get in touch with me! 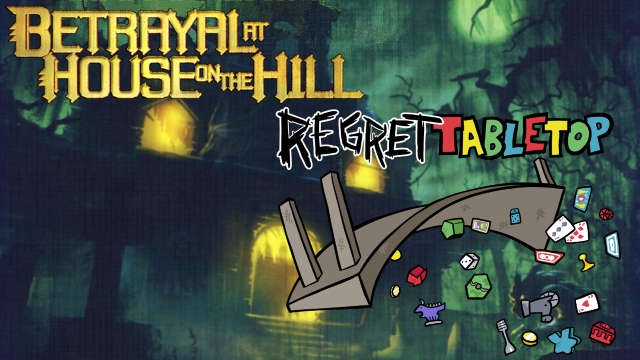 Betrayal at House on the Hill is a modern classic. Designed by Bruce Glassco and published by Avalon Hill in 2004, Betrayal is a thematic board game that sees players as a team of explorers investigating a haunted mansion. But before long, one player is revealed to be the traitor, and that player must work against the explorers to meet their own goal. Will the explorers be able to make it out alive, or will the traitor triumph?

Hi, I’m Maximum Tomfoolery, and you guys are gonna hear my dumb voice in most of these videos, too. I’m hoping (assuming we get enough people) to do some casual (non-LP) sessions every now and then, so even if you’re not into being in the LP, feel free to join the Discord, and maybe make some friends!

If you are interested in joining us but haven’t picked up Tabletop Simulator, it’s on sale today for $8.

that was way too much fun i look forward to seeing more. Wish my computer wasn’t a potato or i would kill to play red dragon inn with you guys

Red Dragon Inn was one we had on our list to play, and we played a test game of it. I have super mixed feelings; from just that one game, I didn’t get the feeling the decks were super balanced against each other, and that controversy with the one card being (barely) changed to not have a reference to drugging someone’s drink… oof.

Lots of games (video, board, or otherwise) have problematic elements of course and that doesn’t disqualify them by any means. Just important to talk about and make people aware of them.

So glad you enjoyed the video!

you are totally right decks are not balenced like at all 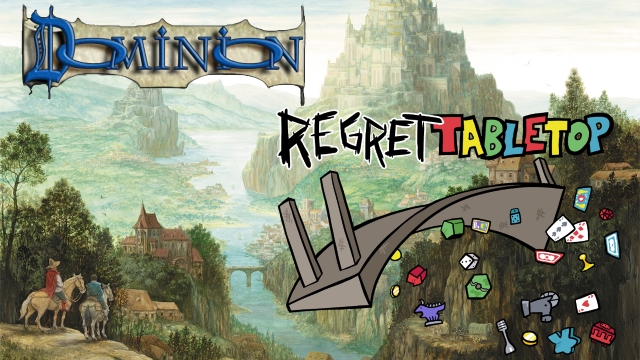 Dominion is the first true deck-building game. Designed by Donald X. Vaccarino and published by Rio Grande Games in 2008, Dominion sees players as monarchs of small kingdoms. Players start with a small collection of cards, and use these to purchase Kingdom cards and add them to their deck. These cards enrich their deck to help them achieve victory faster and slow down their opponents. As players’ decks increase in strength, they will race to buy up the Victory cards before their opponents.

So, we’ve recorded 2 other episodes since the first 2, but after working on them a bit, I’m feeling like… the quality of these episodes, and the first 2 we recorded, just aren’t up to what I want them to be.

I’ve realized that, my initial idea of capturing blind playthroughs and seeing first experiences… doesn’t work all that well for board games. It’ll be more valuable to take time to play the games and learn them before hand. I think most of the players were so focused on figuring out what was going on, they didn’t have the mental energy to be entertaining and funny.

So I’m going to put this on hold for a bit. We’ll still be playing games, we just won’t be recording them. And we’re still interested in having more players, so if you have any interest at all, please join us on Discord. Until then, see you around!