How do you do, fellow gamers?

Also I can’t believe the Catholic church and medieval so-called “”“historians”"" are covering up the truth about Pope Joan The Pope Who Is Not Only A Motorcycle But A Transformer Too Basically Arcee Except Not Pink.

I guess that explains why they couldn’t do more with her having a motorcycle.

I guess that explains why they couldn’t do more with her having a motorcycle.

I mean, I don’t get why they didn’t just make both of her Personas into Transformers - have Anat be a beefier motorcycle with a different color scheme. 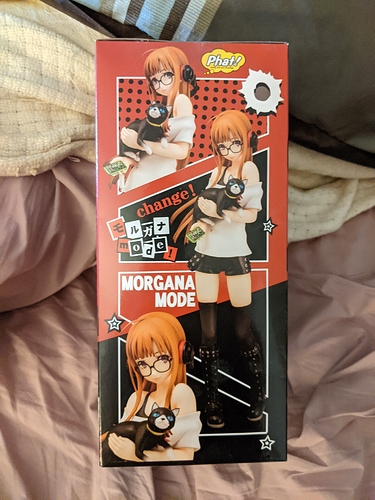 : Oh, right. I said I’d show the Persona 5 figures I have. This is the $200 Futaba, which I bought after knowing what her design was but before finishing her confidant. 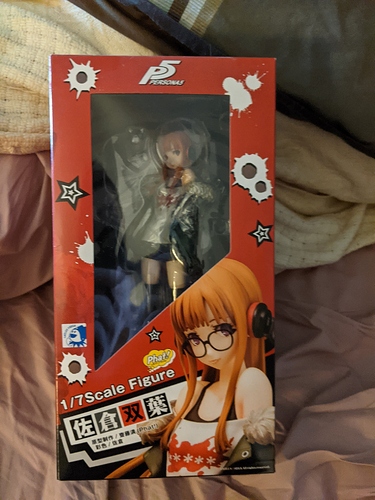 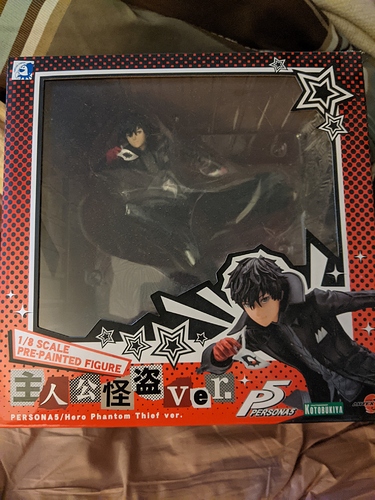 : I also have this. I forget how much this ran me, but it wasn’t cheap.

: Here’s Yusuke’s Rank 9 Romance scene. This was intended to happen after Joker and Yusuke leave Mementos - instead of running in Kawanabe, they get sushi instead… and Yusuke tries his best to confess his love to Joker.

: This comic was done by Salty Vanilla. 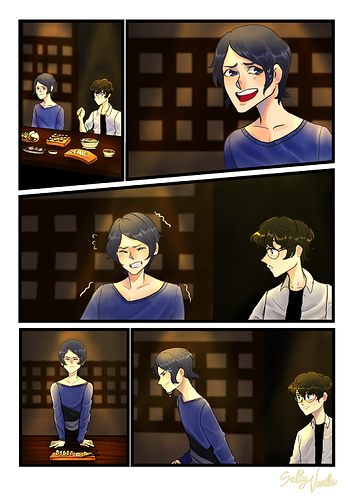 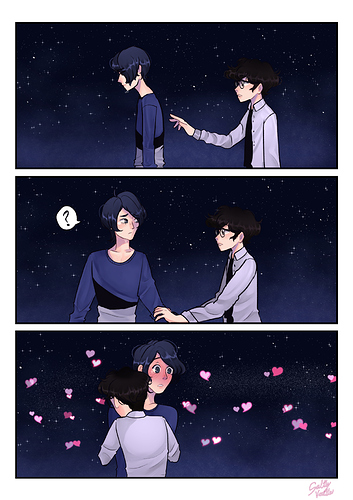 : I apologize for not writing anything, but I’m just not a good romance writer. I hope this satisfies all those people who wanted a gay romance route with Yusuke.

: Okay so wait… this was a guy who killed someone through inaction, had screwed over everyone he ever knew… and suddenly he gives a shit about Yusuke?

Eh, it works…okay. The painting Yusuke made is about there being more than one facet to the human heart, and the Confidant in general opens with Yusuke making a painting of pure darkness and ends with him making a painting of darkness and light. But it seems as much like an attempt to get the plot point of Madarame raising Yusuke to make sense as much as it seems like an actual story beat.

: Is “break a leg” even a thing in Japanese?

I was about to say it’s a common translation for “Ganbatte” but “Do your best” is literally the option above it.

The worst part is, and I am not making this up, right after I went looking for that comic I checked my email and there was one in there from my stock broker titled “Will inflation stick around?”.

At least Salty Vanilla can display people having more physical chemistry than Atlus can. Which sounds like damning with faint praise but I’m not, I’m saying all the romance cutscenes so far in this game have been weak and it’s all been rapidly downhill since smooching Ann in an alternate timeline. Just sitting together so their shoulders are almost touching, wow. Don’t you think that’s moving too fast? Shouldn’t you go to her dad’s grave and symbolically ask permission to date?

Also given the popularity poll and the phan fan site posts it seems like a missed opportunity that Mishima’s issues are not more closely tied to the main plot.

: Then there’s… whatever this is, which I think they just kind of stole wholesale from Death Note.

They could’ve squared this bizarre ‘death-by-gunshot-on-two-week-delay’ circle by like, while Okamura is giving his speech, do a cut to the inside of his Palace where DARK FIGURE WHAT WE DON’T KNOW WHO THEY ARE shoots his Shadow in real-time. If you want him to die outright but want it to match the other mental shutdowns, you could have him collapse and hit his head on the podium or something like that. Then the SIU director could say “Well him dying wasn’t part of the plan, but I am evil so I don’t care”.

That aside, I actually enjoyed the content of this update. It gives a pretty good sense of everything falling apart and not being able to do anything about it. Haru booking them a private dinner at Tokyo Disney is really forced, but it’s a decent ‘we’re on top of the world’ image.

: “If what you’re saying is true, you must tell your side of the story to the end. We’ll both be in trouble if your testimony becomes unreliable. Well then, let’s move on.”

If John Persona was getting a lawyer worth a flip and not a convenient prison suicide in all likelihood I’m pretty sure nothing he’s said so far would be considered reliable. I still don’t even consider it reliable.

Real considerate of Haru to stick with the team and not watch her father die then learn about the Principal’s fake calling card and think she was duped into helping a team of murders kill her father to make her spill the beans to the police. Thanks, Haru.