For two updates in a row now, I’ve put all my comments in an unsaved Notepad, and then just sort of left them around for long enough that you made a new update before I bothered to actually post them. So have some vintage Update 45 replies while I read Update 46…

“So this is the mystique of a bygone era… The real thing surpasses any picture.”

: Someone on the Megami Tensei wiki actually tracked what that bar code is from - it’s from a third-party video cable for the PS3… and also the Wii for some reason.

Major props to that dude. Doing the important work. Now please hack Digital Devil Saga and find out what the damage formulas are. My children are dying inconvenienced by potentially inefficient stat distribution.

It seems that way, right? No, you’re not missing anything - they tell you there’s going to be an assembly and then they cut away from it. You might think that it’s something that was in the base game and removed for Royal… but that’s actually not the case, it wasn’t in the base game either.

Look, all Yusuke wants is his own Louvre pyramid.

I guess it’s just the nature of LPing but it feels like it’s taken a long time to get to what it feels like Makoto’s story should’ve been about. Also there is no way Makoto likes knockoff Yakuza because someone questioning the value in formal education and doing the “right thing” idolizes a protagonist following their own code at all times. I do not give the writers even a quarter of the credit required for that. 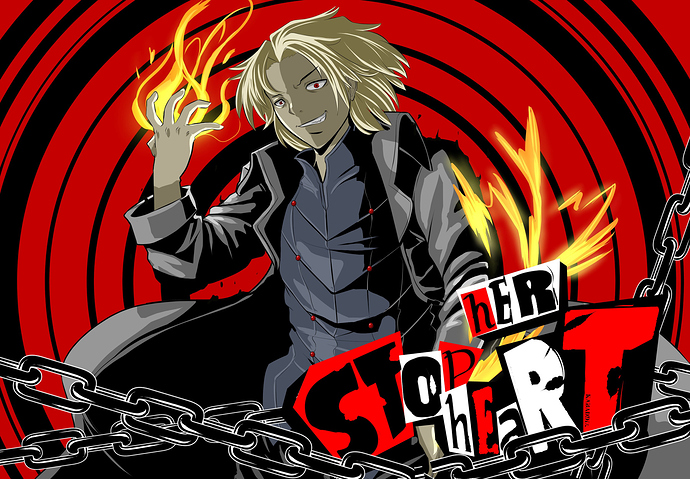 I got this pic last week from an artist (@Kabaddia1 on twitter) depicting what might happen if the Joker in P5 was also the Joker in Eternal Punishment. I’m sure it’d be more interesting than whatever passes for a plot in the actual game.