“Look, I’m just sayin’ theres’ gotta be another way to solve this instead of just goin’ dark! And that bastard Yamauchi’s name came up again. I swear, somethin’ about that dude is so shady…”

Ryuji you’ve literally beat the shit out of their inner desires.

Do you understand now why I absolutely hate Mishima as a character?

I want to strangle this nerd so bad you have no idea. 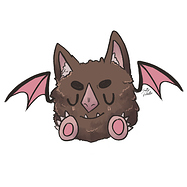 A soft and good bat friend. 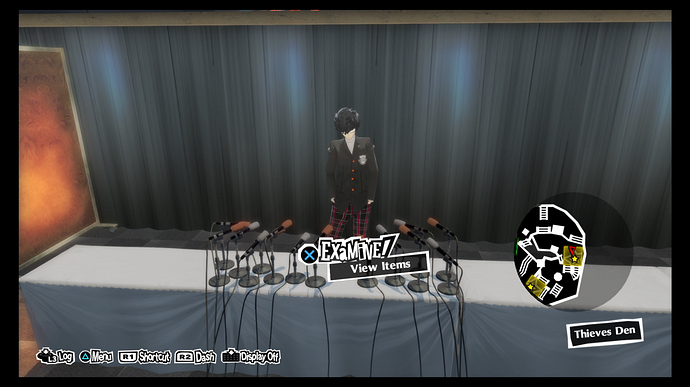 : “Ahem. I have an announcement to make. Thank you all for coming.”

: “I am now going to leave in order to gently coax Yusuke out of the closet. That is all.”

Just figured I’d drop this in here, but if anyone’s interested in playing P5, Royal’s on sale for $20 USD at Best Buy for Black Friday. Vanilla’s also on sale for $15. Presumably only in the USA? 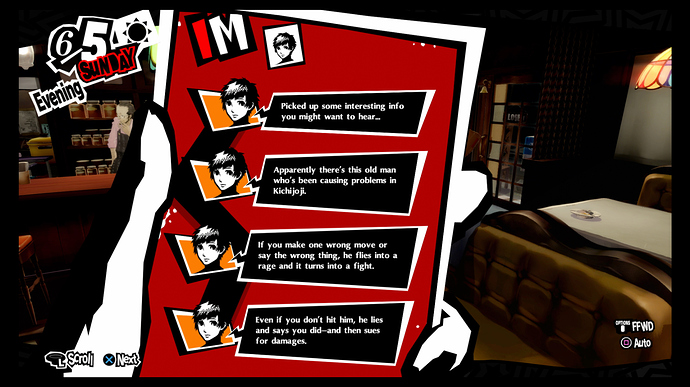 I’m pretty sure I did this exact substory in Yakuza Kiwami.

I’m pretty sure I did this exact substory in Yakuza Kiwami.

You did, because there’s an entire series of substories in Kiwami called “Bump and Scam” where a group of scammers tries to extort Kiryu by claiming he bumped into them and then try to fight him when he refuses to pay.

So here’s the fun part. There’s an artbook for Persona 5, and at one point in pre-production they had it so that Joker was staying with Sae and Makoto instead of with Sojiro. I’m not entirely sure why they decided to change that - possibly because having the main character staying with a cop would be too similar to Persona 4. 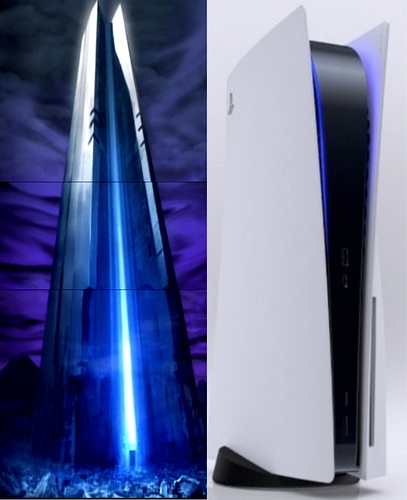 On a side note, my PS5 got here and I immediately thought it reminded me of something. The PS5 is Thanatos Tower.

I like to think that Joker is the only one smart enough to realize how easy it would be to pinpoint them as John Persona.

This honestly feels like a Deathnote situation where yeah, they could narrow it down to them; but ultimately they can’t PROVE anything.

I don’t know why there’s this weird connection between penguins and sniper rifles in Japanese media - there’s a character in one of the Ace Attorney games who has two penguins named Sniper and Rifle.

Best I’ve got is that their suits and marching make them look like little solider mans. Also while looking for information I learned that there are some endangered species of penguins that are looked after by people with snipe rifles just, picking off predators when they get to close.

Who the fuck plays darts anymore? Let alone on some big expensive dartboard?

For the past seven years Canada has run a national dart tournament. My local team got runner up once! It helps improve beer sales by a lot because it’s something to do that is still very “lazy” for lack of a better term.

“Get your score down to zero” is the base rule set for Darts as like, a game, by the way. The fact that they’re going over this and then NOT having it be at least a minigame is… very strange.

I’m pretty sure that was a thing in Shirokuma Cafe. Too bad about the manga artist killing it off over a contract dispute.

The good news is the manga is back as of 2014, apparently. But yeah I don’t imagine we’ll get more of the anime…

This brings up a good question - what exactly happens to the Velvet Room attendants once the protagonist moves on?

We’ve actually got some answers for Elizabeth and Margaret. But I guess since they’re adults they can just leave to have adventures, whereas the twins are children and will need to live in the sea of souls for awhile longer…

I don’t want to keep making fun of Kusumi being wrong about what kind of story she’s in, but if the game’s going to keep laying on this thick, what am I supposed to do?

Also are the eyepatches just for show? How do Caroline and Justine use 3D glasses?

“Get your score down to zero” is the base rule set for Darts as like, a game, by the way. The fact that they’re going over this and then NOT having it be at least a minigame is… very strange.

Yeah, what’s even weirder is that there is a thing we’ll see later on that has an actual minigame in it - in fact it was one of the biggest sources of frustration for me in the base game even though I had no real reason to do it: in the base game’s 100% route you were basically doing it for a trophy and nothing more.

Yeah, I saw that. What surprised me is that they’re doing a Steam release without releasing P5 or Royal first, since I know there’s definitely a subset of people for whom Strikers will be their first exposure to Persona 5.

Strikers also has this weird continuity thing where it’s a sequel to Persona 5, but not to Royal, so I can see people playing Strikers and then being like “Wait, where the hell was Kasumi” when they eventually get around to playing Royal.

Also are the eyepatches just for show? How do Caroline and Justine use 3D glasses?

As far as I know, yes. However, these outings were something that was added for Royal, and the writers for Royal were different than the writers for the base game - Hashino had nothing to do with Royal, as an example.

There’s actually a couple of weird plot errors like that in Royal. When you first start calling Kawakami she tells you use to the public phone at Leblanc so that you don’t leave behind evidence in cell phone logs… yet she calls Joker on his cell phone (ostensibly from the maid service) every time they meet. My guess is that the writers for Royal didn’t have access to whatever continuity tracker the original writing team was using.

By the way, I forgot to post this, but I commissioned an Ann and Shiho piece off Roshela just because I could, honestly. 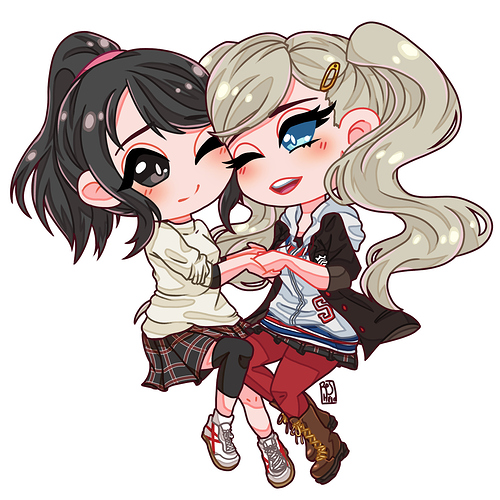 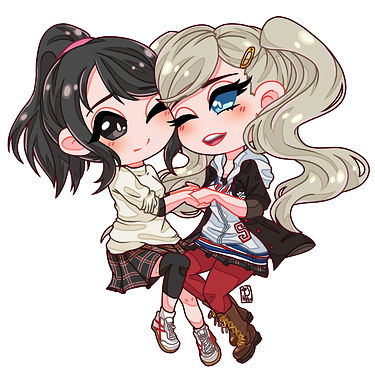 Also until you brought it up I hadn’t even considered the fact that Kawakami is calling us that way. It completely slipped my mind because those conversations have an extreme “doesn’t matter or exist” layer to them… welp. That’s clearly weird.

Yeah, what’s even weirder is that there is a thing we’ll see later on that has an actual minigame in it - in fact it was one of the biggest sources of frustration for me in the base game even though I had no real reason to do it: in the base game’s 100% route you were basically doing it for a trophy and nothing more.

So, a small correction here. As it turns out, there IS a darts minigame that has its own upgrades and stuff - it’s apparently done entirely with the motion controls on the Dualshock 4… you just don’t actually play it the first time you do it. What’s strange is that there is no minigame for pool.

There’s… I think a few free days at the end of November, so I’ll probably try to fit some darts in then.