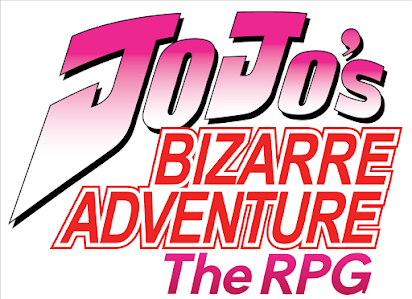 Trying something completely new. I’ve explored the Jojo’s Bizarre Adventure series in a previous let’s play, but this time I’m going to be taking the reins and GMing a Jojo themed tabletop campaign, based on Esby’s fanmade TTRPG rules: https://twitter.com/jojosbizarrerpg

For this campaign, I’ll be joined by two players: Rainbow Nanaki & Vorzac. The game will be very roleplay heavy with dice rolls mostly being left for combat. Knowledge of the Jojo series is advisable for listeners, but not required as the first few episodes should suffice as an explaination for newcomers (in three words: summonable punch ghosts!)

The three of us have been watching the show and are currently caught up with Part 5, but would appreciate if you could tag any major spoilers from the main series. Feedback would be appreciated too. Enjoy!

a jojo rpg why did i never think of that?

England, February 21st 2012: Despite the medicine ball incident, the second test must go on!

England, February 28th 2012: Magnus and Glyph are sent to complete their final test.

England, February 28th 2012: With the final test gone completely awry, Magnus, Glyph, Alice and Richard are given some time off.

Summary of events regarding the most recent rogue Stand user

Alexander Maida, injury to side from Phillip’s Stand. Additional effects include immediate and nearly full-body paralyzation. Vitals seemed unrestricted, and thoughts remained coherent. Stand could be controlled, but visibility was limited due to the paralyzation. Effects dissipated over the course of approximately 1 minute after the Stand user was completely rendered unconscious. No medical attention required.

Alice Dewford, injury from Phillip’s stand. Additional effects include what appeared to be some sort of mind control/instantaneous infatuation. No recollection of events when under the influence of Philip’s Stand. Alice also received an accidental blow to the head from Alexander’s Stand during the altercation, as well as a second blow to the head from the doorframe of her sister’s residence. No medical attention required.

Suzie [lastname], unsure of specifics. Loss of memory due to the effects of Phillip’s Stand. May require medical attention.

After receiving word that her sister, Suzie, was in danger, Alice led Magnus and I from the facility to Suzie’s residence. Once at the location, Magnus attempted to flank the building, cutting through a bush while Alice and I remained near the front door and activated the alarm on Phillip’s vehicle. Phillip emerged from the residence with Suzie, and after being called some slurs that I am unfortunately very used to, Magnus leapt from the shrubbery to initiate the physical altercation. Phillip sustained a blow to the jaw, and I used the opportunity to attempt intimidation by yelling the most aggressive and outrageous things I could think of in the moment (see notes). Phillip revealed that he was a Stand user, his shadow peeling off the ground to reveal a figure with three sets of tentacle-like appendages. I was hit with one of these appendages and immediately collapsed to the ground, unable to move. Magnus continued his attack, but Phillip used his stand on Alice, putting her under the influence of some sort of mind control and using her as a physical barrier between himself and Magnus. I manifested my stand to attack as well, but with the poor visibility and frankly abhorrent behaviour of the target, Phillip pivoted Alice directly into the blow. I allowed Magnus to continue to take the lead, as I was in a position to only make things worse (see notes). Magnus and his stand attacked Phillip with a synchronized kick. Phillip attempted to retreat into Suzie’s residence, but was stopped when my Stand temporarily immobilized him, and Magnus’ Stand knocked Phillip unconscious. It was at this moment that Alice suffered another blow to the head, having been tossed aside by Phillip. Alice, Magnus, and I transported Philip back to the facility, with Suzie remaining at her residence. On our return, we encountered Richard, who was keen on shooting Phillip immediately. Having no stake in the matter and not wanting to witness an execution, I continued back to the facility ahead of the group.

Alice had mentioned that Phillip had “friends” that may be involved. I would be concerned about retaliation when they realize their leader is missing. I have no idea if any of these people could be Stand users as well, but Suzie could very well still be in danger. I would at the very least suggest someone keep tabs on her.

As experienced as Magnus is in combat, he seems to be lacking skills in environmental navigation. We were not pressed for time, in broad daylight, and yet he chose what was clearly a large, dormant rosebush to use as cover. I wouldn’t be surprised if he requires further training in outdoor environments. While I have experience in being pursued on-foot through backyards, I have no interest in assisting in any potential training.

It’s honestly none of my business what happens to Phillip Stanton, but I want to be clear that I am not in favour of attempted rehabilitation, or torture. Take that how you will.

While my outburst may have seen as unhinged, I want to firmly state that I was acting with intention as opposed to allowing my emotions to get out of hand. I am hardly physically imposing, so I was simply doing what I could in order to intimidate without relying on violence.

I also want to be one hundred percent clear that I did not intend to harm Alice, and I have no intentions of hurting anyone else.

P.S. I am actually very sorry about what happened, and I wish things had gone smoother than they did. I completely understand if you think less of me now, though I suspect your opinion of me was not high to begin with.

England, March 5th 2012: Yet another elderly man is identified as a Stand user. Magnus is tasked with apprehending him this time.